It was reported that the Air Task Force Of Operation Lafiya Dole has shattered a strategic Boko Haran Camp in Borno, according to the Defence Headquarters, on July 15th several Boko Haram terrorists were killed in a massive air strike.

Major General John Enenche, who is the coordinator, Defence Media Operations, stated this today during a press briefing.

Further speaking, he said, the settlement was one the major locations where terrorists usually launch attacks on troops and surrounding villages in the area.

Surveillance showed huge numbers of terrorists in the settlement and some of them were seen slinging their guns. 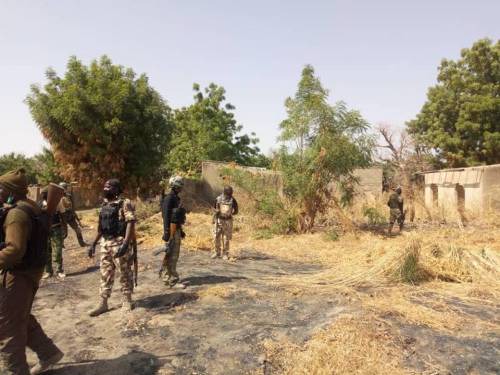 “The Air Task Force immediately employed an enhanced force package of Nigerian Air Force fighter jets and helicopter gunships and launched an attack on various points of the settlement.

“The attack aircraft struck designated points of the settlement which destroyed numerous structures, including the neutralisation of several terrorists as well as destroying their communication centres”, he added.

5 Businesses You Can Do Without The Internet(Photo)