May God Console Them: Families In Cameroon Want Justice As They Bury Their Children Killed

By Jaefrey (self media writer) | 1 year ago

Thursday the 5th of November 2020 will forever be a sad and mournful day in kumba.

Kumba is a metropolitan city found in the Meme department in the Southwest Region, Western Cameroon, popularly referred to as "K-town". Being the most developed and largest city in the Meme department, Kumba has attracted people from the neighbouring villages like Mbonge, Ekondo Titi amongst others

Recall that on the 24th of October, 2020, some group of gunmen who were called separatists open fire in Mother Francisca International Bilingual Academy, Fiango Kumba, Southwest Cameroon, killing seven innocent children and left approximately 12 other injured 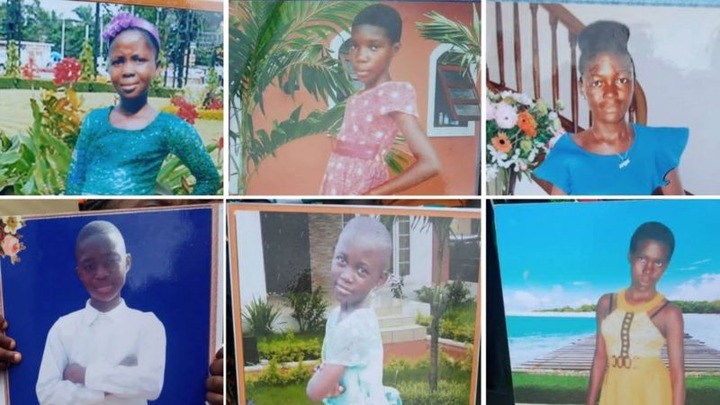 According to BBC pidgin, the families shared their griefs and memories.

’’There is sadness everywhere in my family, it is a terrible situation that we are facing’’ Nzakame Julius said as they buried his relative Nzakame Rema

’’ I will miss Rema, he adviced that I should be going to church and stop drinking alcohol. That child feared God, he knows God more than me’’ His father said 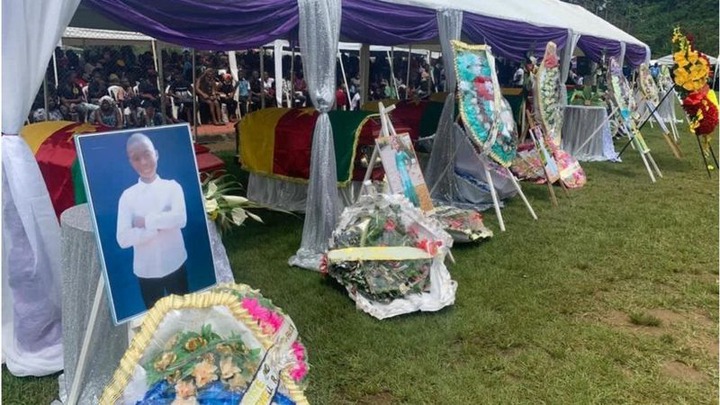 Pastor Tamangoua added that ‘’ God is a great and mighty judge that surpasses all judges. I know that the people who committed this act, God will handle them seriously, it’s just God’’ 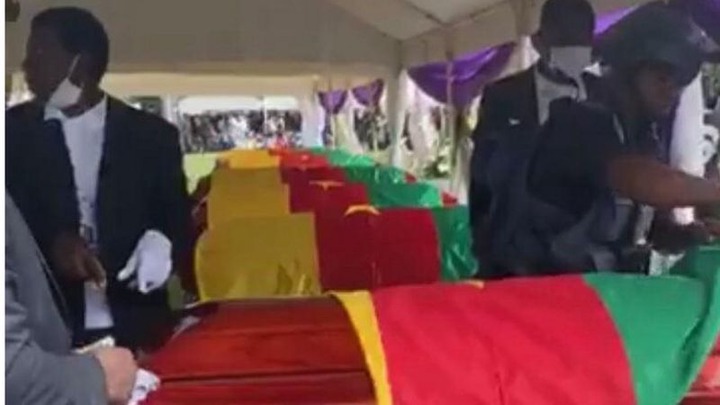 One of the mourners said ‘’ they took my heart, I don’t know what to say, make God forgive any kind of sin of this child’’ Ngulefac Kingsley said

Although the Human rights watch said the government should make proper findings and investigation and punish the killers and adviced the country to seek forensic experts from the United Nations (UN) and African Union (AU) For the sake of transparency!

it is such a tragic incident and a heartbreaking moment for the families, may God console them!