MATAWALLE: I Will give 2 cows as compensation for each Ak-47 rifle brought by the Repentant Gunmen 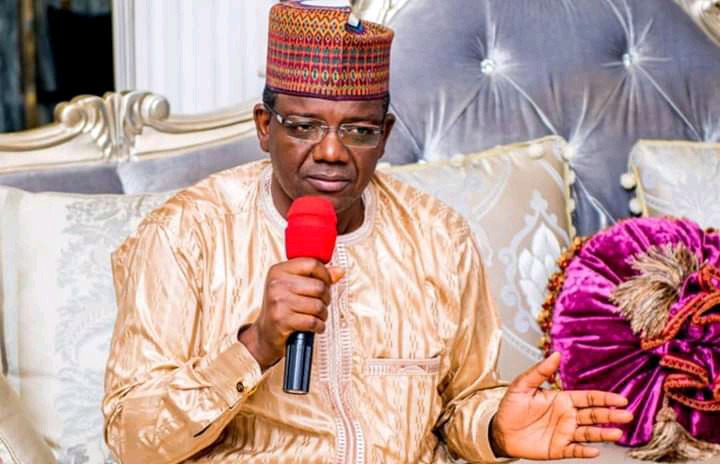 The Zamfara State Government under the leadership of Governor Bello Matawalle has come up with a new strategy to put an end to militancy in Zamfara State.

Zamfara State Governor Bello Matawalle has announced that his government will pay two cows as compensation for each AK-47 rifle brought by the repentant thieves.

The Daily Trust in Nigeria reports that the state governor made the remarks while receiving Chief Inspector General of Police Mohammed Adamu and DSS Chairman Yusuf Bichi.

According to the governor, they will not pay the thieves in cash and cash unless the cows as a result of the Fulani need cows for their economic development.

The governor took this step to put an end to the thieves who are harassing the villagers especially the cattle rustlers and the killing of innocent people.

Bello Matawalle discussed with the Inspector General of Police that they would use tactics to defeat the terrorists in the state.

Muhammad Adamu lauded the steps he has taken to defeat the terrorists in the state, saying they will provide adequate security to ensure that the desired outcome is achieved.

Zamfara State is one of the northern states that has been plagued by militants, killing innocent people.

The governor, however, vowed to crack down on terrorists across the state, saying he would work with the militants to end terrorism in the state.

Zamfara State has been plagued by kidnappings and killings by gunmen, even recently last week ago, terrorists have attacked a village and killed many people in the state.

The conflict in the state has erupted between Fulani herdsmen and farmers in recent years during the administration of former Zamfara State governor Abdulaziz Yari.