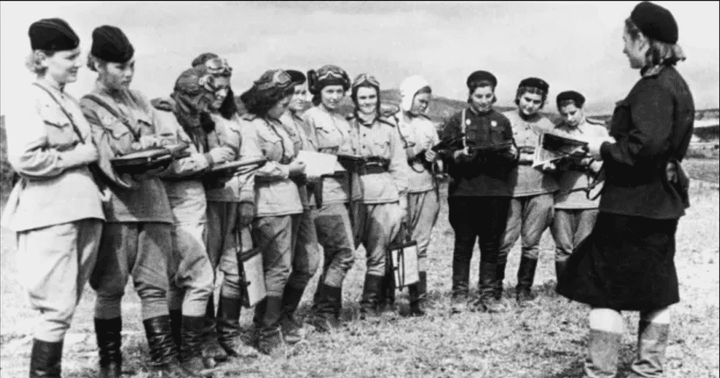 These silent and brutal all-female pilots were considered ghosts.

The night witches were feared by Nazis that when one of the ladies was bombed down, the bomber was awarded Iron Cross medal.

These brave ladies were a crucial asset to the Soviet in winning World War II.

World War II was very traumatic to those who lived during those times, but these female pilots took courage to fight back Germans. The Night Witches flew bare-bones plywood biplanes at night and braved through the cold air and bullets.

The 588th Night Bomber Regiment, an all-female pioneered air force bombarded the Nazis with over 23,000 tons of bombs. This made them an asset to the force, helping the Soviet win the second world war.

Nazis nicknamed the female force as “Nachtexen” or Night Witches. The nickname came from the whooshing sound their planes made, which is much like a sweeping broom.

This sound was the only warning the Germans had. The planes were too small to show up in the radar [or] on infrared locators.

Prowse added that the squadron maintained stealth by not using radios, so radio locators could not pick any hint that they’re coming. The silent and brutal killers were considered ghosts.

It was clearly not the first choice to use female power for such a crucial mission. Women at that time were prohibited from combat but the pressure of encroaching enemy made the Soviet leaders rethink the policy.

In June 1941, Adolf Hitler launched Operation Barbossa, a massive invasion of the Soviet Union. Then by fall, Moscow was pressed and Leningrad was under siege. The Soviets became desperate when the Red Army started to struggle.

The first mission of the Night Witches was on June 28, 1942. It was a success after taking down the headquarters of the invading Nazi forces.

Marina Raskova was the brainchild of the squadron. She was considered as the Soviet Air Force’s Amelia Earhart not only because she was the first female navigator of the force but also because of her impressive flight records.

Raskova also appealed to Soviet dictator Joseph Stalin to allow her to form an all-female squadron. In October of 1941, the director gave orders to three all-female air force units. The squadron was instructed to drop bombs and fire back. This made the Soviet Union known as the first nation to allow women to engage in combat.