By Cinderella12 (self media writer) | 2 years ago 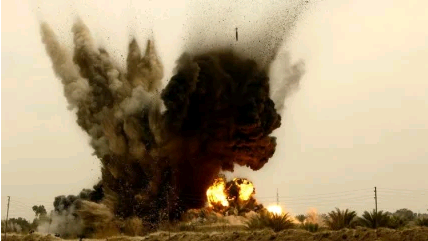 It can be recalled that a blast suspected to be from an improvised explosive device (IED) was heard in a farm at Yammama village, Malumfashi Local Government area of kastina state today, 18th of July,2020, at about 11:30 am.

The Katsina State Police Command has confirmed the incident and death of 5 people killed from the bomb explosion. According to the State Police Spokesperson, SP Gambo Isah, he mentioned that 5 children were killed and six injured after the bomb blast. He further revealed that those who were injured have been rushed to Malumfashi General Hospital for quick medical attention.

According to another police officer, DPO Malumfashi, he mentioned that a loud blast was heard in the farm of one Alhaji Hussaini Maikwai and the police immediately led a team "Operation Puff Adder" to the scene of the explosion. The explosion was said to have killed five children of a particular man, one Alhaji Adamu, of Yammama village in Malumfashi local government area. Six other children who were also in the farm were also said to have sustain injuries.

The explosion site is reportedly being examined as investigation into the matter continues. what your take on this horrible incident? Accident or planned? What do you think.