See the Emotional Photos of the Wife and Children of Lt. Col. Abu-Ali who Died in Boko Haram Ambush

By SonofManNews (self media writer) | 2 years ago

Hero of the war on terror, Lt Col Mohammad Abu Ali died in the battle front on 4th November, 2016 alongside six of his colleagues.

The handsome looking young man survived series of Boko Haram attacks. There was even a time, the soldiers thought the terrorists had killed him before he later reappeared after barely 24 hours. A fearless commander, but later killed by the terrorists in an ambush and was buried in the national military cemetery in Abuja. 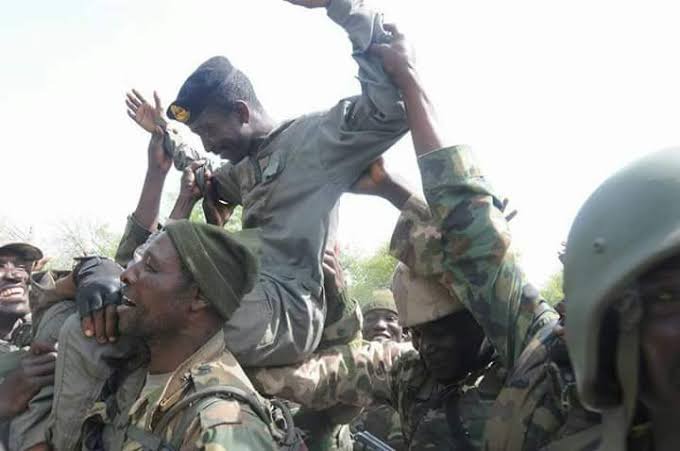 Lt Col. Mohammad Abu Ali was an exceptional brave officer and led his troops to recapture many towns of Borno from the control of the Boko Haram terrorists. 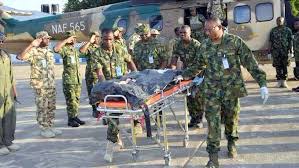 Monday, November 7th, 2016 may have gone but its memories will not vanish in the minds of those who thronged the National Military Cemetery Abuja to bid farewell to Lt Col. Abu Ali and six other military personnel who died following Boko Haram ambush in the North East, where they were participating in the ongoing war against the dreaded group.

He was a decorated with many awards during his life time in his military profession because of his exceptional bravery, and loyalty.

The death of the great military man came as a shock and threw the entire nation into mourning.

Lt. Col. Abu Ali died at a very young age, and he was survived with his beautiful wife and children.

See their photos below: 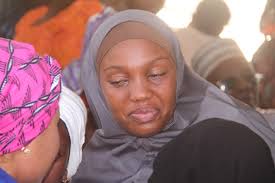 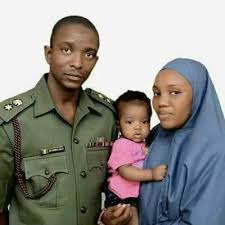 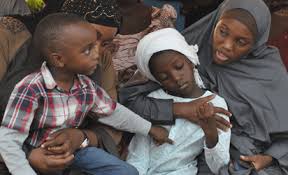 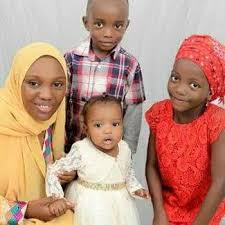 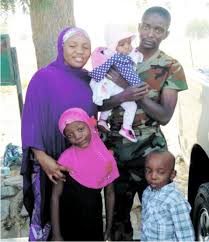 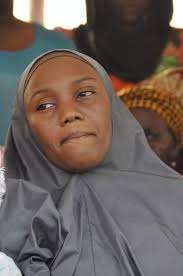 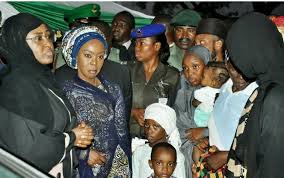 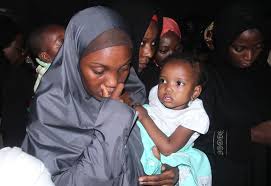