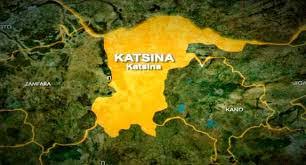 The Human Angle, an online news outlet, reports that 17 Soldiers, a major and 2 officers killed by suspected terrorist at Jibia LGA, Katsina State.

The incident is said to have occurred shortly after the explosion that claimed the life of at least 5 minors. 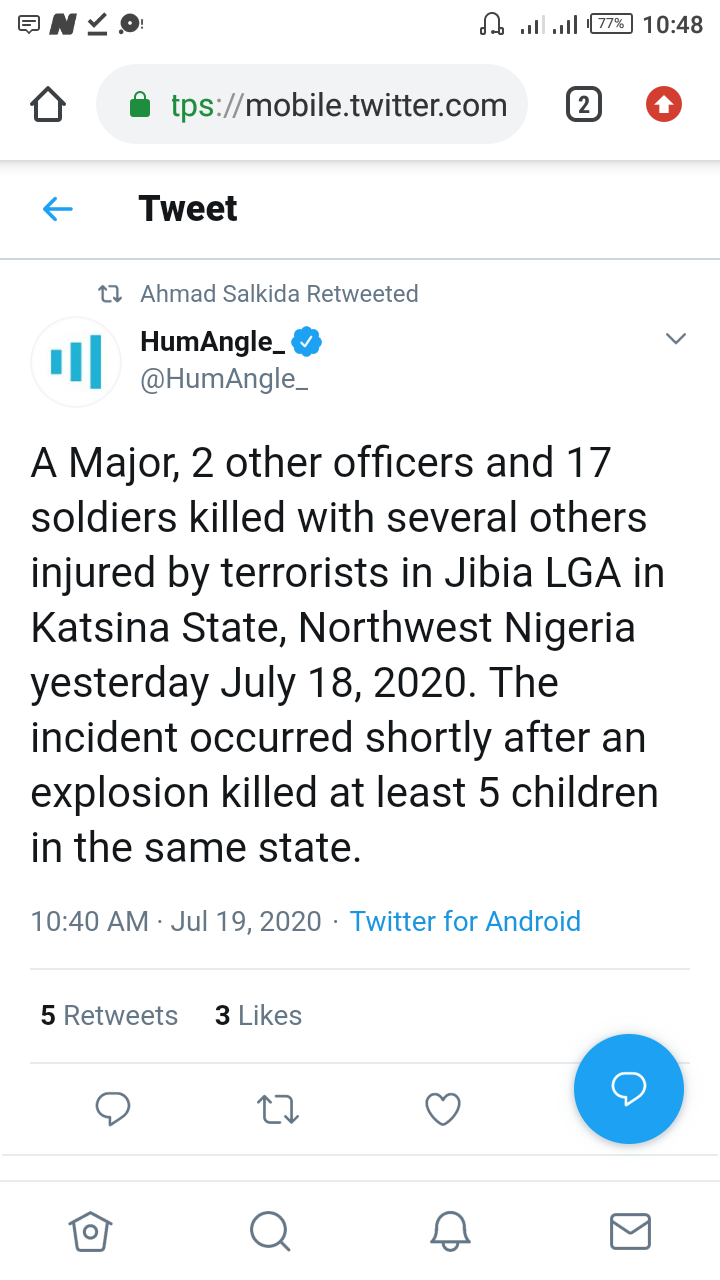 The northwestern state has been suffering from several attacks by bandits. A lot of villages have razed and burnt down. Its inhabitants displaced.

On 18th of April, 47 people were killed in a village of Katsina State. On the 10th of June, 20 people were also killed in Faskari Local Government.

The bandits who usually attack villages on motorcycles. Eye witnesses said they arrive on nothing less than 200 motorcycles.

The state governor, Bello Masari, had made effort to end the violence by making a peace treaty with the bandit which they later broke.

In the light of the continued frequent attacks, the people of Katsina took to streets to protest earlier this month.

The security officials have been trying their best to end the callous attacks and have promised to intensify efforts to end this pillage and atrocities.

We pray almighty GOD brings an end to this unnecessary bloodshed.