By PoliticalAffairs247 (self media writer) | 17 days ago 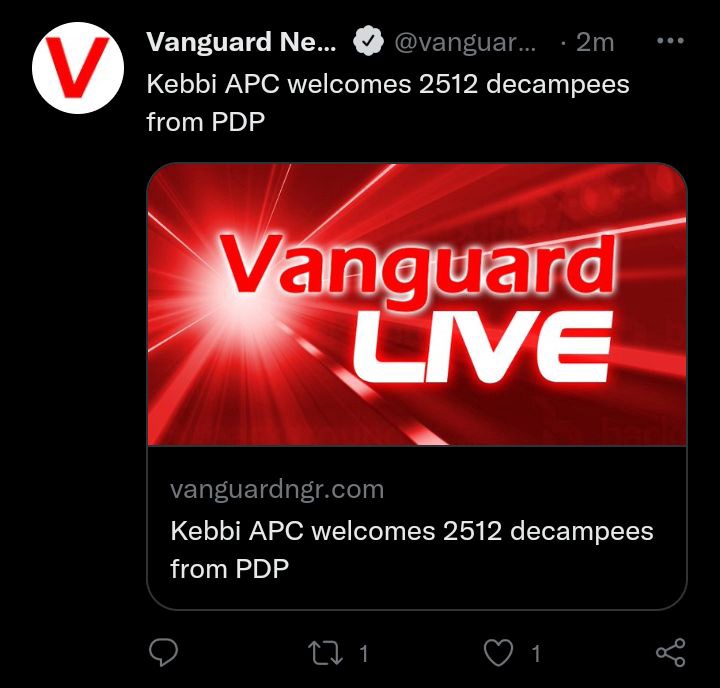 A former PDP Chairman of the Local Government, Alhaji Yakubu Dala, led the 2,512 PDP members to join APC with all the Exco members, delegates, women and youth leaders in the area.

Dala attributed their decision to join APC to the tenacity and good leadership style of Governor Abubakar Atiku Bagudu, as well as the cohesion within the party in Kebbi State.

"Before now, I was a member of PDP, but now decamped to APC. I can tell you that PDP is dead in Shanga and with our coming to APC, the party will continue to swell."

Tinubu Meets With APC Governors In Lagos Over Campaign Council. 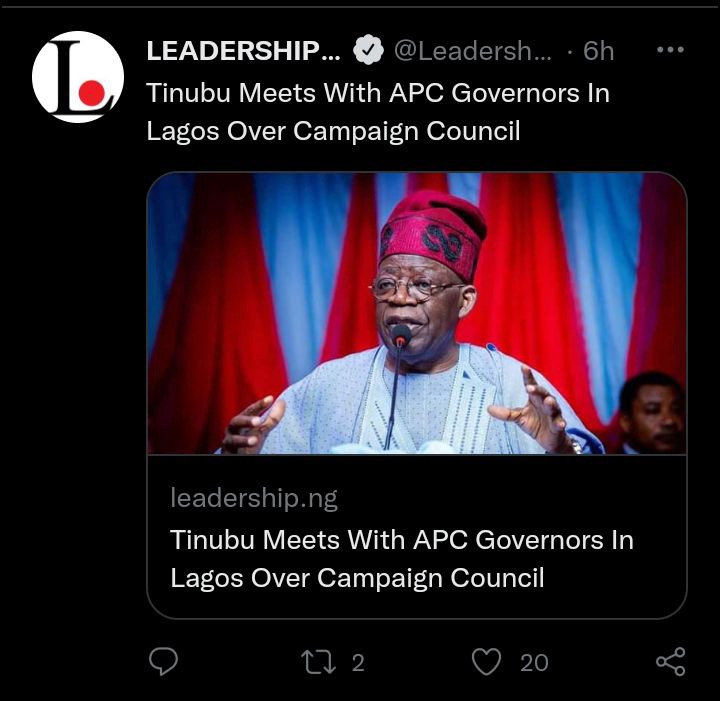 As part of its preparation for the 2023 general elections, former Lagos State governor and Presidential candidate of the All Progressives Congress (APC), yesterday, met with some governors elected on the platform of the APC, to take a final decision on the formation and structure of the party's presidential campaign Council.

A source told LEADERSHIP that, at least seven governors including Jigawa State governor Mohammed Badaru Abubakar, Abdulahi Ganjuje of Kano, Abubakar Atiku Bagudu of Kebbi and Kaduna State governor Nasir El-Rufai and Lagos State governor, Babajide Sanwo-Olu, among others have arrived for the closed door parley held in Asiwaju Tinubu's Bourdillon, Ikoyi Lagos residence as of the time of filing this report. 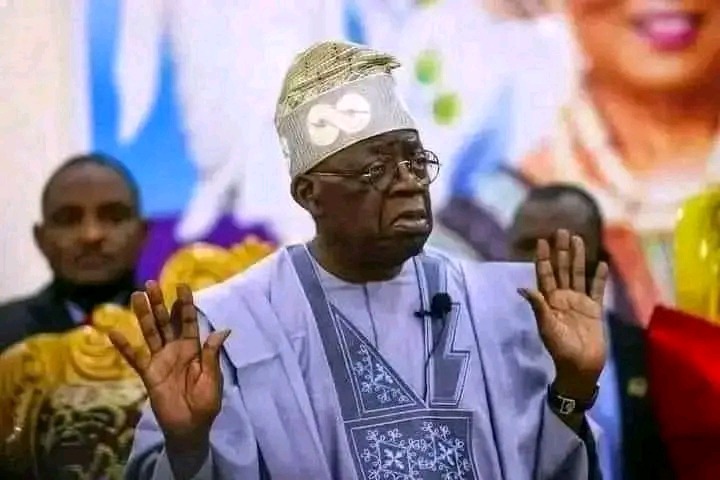 The Lagos meeting is expected to come up with the composition of the media and communications directorate of the campaign council, which needs to step up their work as soon as possible ahead of the start of campaigns on September 28, as stipulated in the Independent National Electoral Commission's guidelines.

Why Osibanjo Should Be Impeached With Buhari - Ohanaeze. 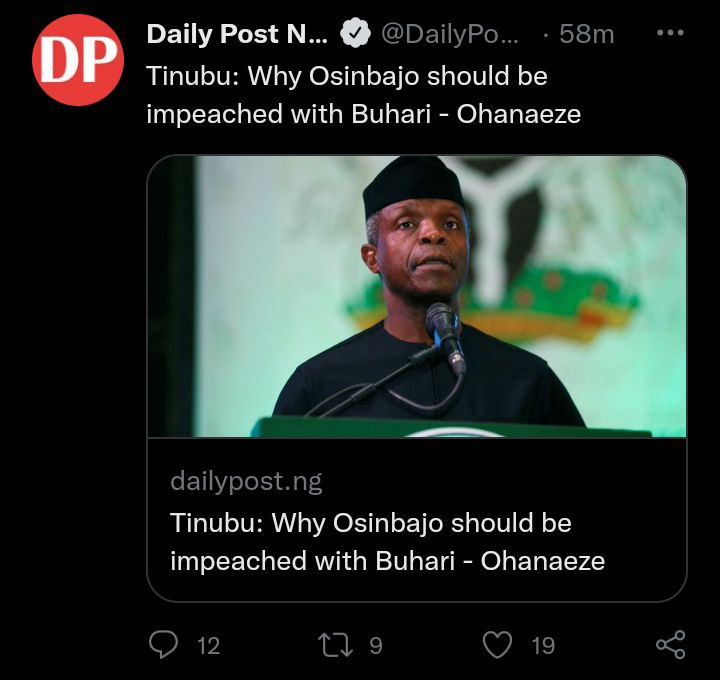 Ohanaeze said, Buhari and Osinbajo have failed in their primary responsibility of protecting Nigerians.

The body said Buhari and Osinbajo's inability to protect Nigerians, shows failure of leadership in governance.

Recall that Senators had threatened too serve an impeachment notice on Buhari, over his inability to tackle insecurity in the country.

The Senate minority caucus gave Buhari a six-week ultimatum to tackle insecurity in the country. 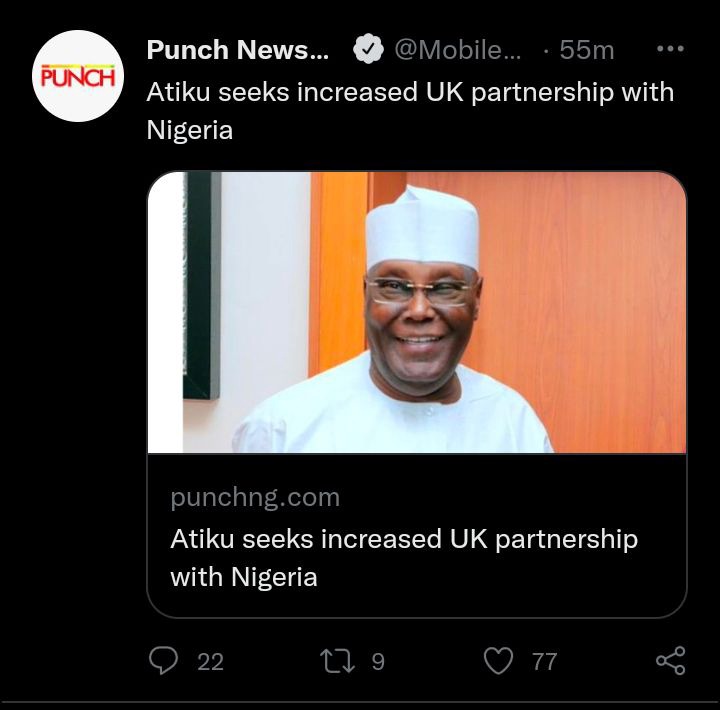 The presidential candidate of the Peoples Democratic Party, Atiku Abubakar, has asked for increased collaboration between the government of the United Kingdom and Nigeria, in order to promote issues of mutual benefits to both countries.

Atiku made the call, according to a statement on Monday, when a delegatioon of the British High Commission, led by Catriona Laing, met with him at his residence in Abuja.

He said, "The bilateral ties between Nigeria and the United Kingdom have a rich history, and it is important for both countries to leverage on that to promote issues that are of mutual Concern."

Content created and supplied by: PoliticalAffairs247 (via Opera News )