By Newman_Nicole (self media writer) | 2 years ago 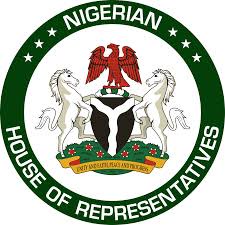 The Current ex-Governor of Akwaibom state, Nigeria and now minister of Niger Delta Affairs, Senator Godswill Akpabio has today appeared before the House of Representatives committee over allegations leveled against him by the former acting director of the commission, Gbene Joi Nunieh.

Meanwhile, the President Muhammadu Buhari’s led government which is bent to fight anti corrupt practices, is yet to dissolve the Niger Delta Development Commission (NDDC) crisis.

On the other hand, the Minister of Niger Delta Affairs, Senator Godswill Akpabio has earlier refuted allegations by former Acting Managing Director of the Niger Delta Development Commission (NDDC), Gbene Joi Nunieh, describing her claims as false, malicious and libelous.

In a statement issued by his Special Adviser on Media, Anietie Ekong, the minister said the interviews Nunieh recently granted and published in some media outfits were campaigns of calumny against his person.

Nunieh had accused Akpabio of corruption, sexual and workplace harassments, pipeline bombings, secret cult activities and abuse of office, among others, which Akpabio said were all concocted.

He said Nunieh’s attacks were both personal and sponsored, adding that those afraid of the truth, and who wish to cover up their tracks, were behind her vicious campaign of calumny.

More updates will be coming to you in due time.

Content created and supplied by: Newman_Nicole (via Opera News )