10 inventions that were invented by accident

We use things such as microwaves and matchboxes every day to make our lives easier. Yet, believe it or not, these brilliant innovations that allow us to live a much better stress-free life was not the result of trial and error, but were invented by accident.

Indeed, you owe it to luck for a staggering amount of things in your life, ranging from tasty potato chips to literally life-saving penicillin medicines. Below, I have compiled 12 of the most life-changing inventions that were purely accidental. 1)  Penicillin: Penicillin was discovered in 1928 as one of the first antibiotics in the world, but the man who invented it— Dr. Alexander Fleming— never really meant to "revolutionize all medicine," as he put it later. Rather, Fleming came across the antibiotic completely by chance when he left out Staphylococcus aureus in his laboratory for two weeks and came back to find that a mold called Penicillium notatum had prevented their development. 2)  The X-Ray machine: Physicist Wilhelm Conrad Rontgen was experimenting on a cardboard-covered vacuum tube in his laboratory in Würzburg, Germany, on November 8, 1895, when he noticed a mysterious glow emanating from a nearby chemical-coated screen. Confused and fascinated, he named the new rays that glowed X-rays because of their unknown origin— and after playing around with the new rays, he discovered that placing his hand in front of the glow allowed him to see his bones through his skin, leading to the first X-ray in the world. 3)  Superglue: Back in 1942, Harry Coover was looking for materials he could use to build clear plastic gun sights for the war, but what he discovered was a chemical formula that stuck to all it touched. His invention, however, was dismissed because researchers did not see a need for such a sticky mechanism and it wasn't until 1951 that Coover and fellow Eastman Kodak researcher Fred Joyner adapted and repurposed the same formula as "Alcohol-Catalyzed Cyanoacrylate Adhesive Compositions / Superglue," as the patent reads. 4)  Potato Chips: George Crum, a chef at the Moon Lake Lodge Resort in Saratoga Springs, New York, invented one of the world's most famous snack foods, the potato chip in 1953 when one of his customers complained that their French-fried potatoes were too thick and mushy. Speck's approach, as history has it, was to thinly slice and fry the potatoes until they were brown, and the patrons enjoyed what was to become the first-ever potato chips. 5)  Champagne: The monks of Champagne had plenty of access to all the best grapes because they lived at such high altitudes. The problem? The fermentation process on the wine would stop briefly when the temperatures dropped in the colder months— and when it returned in the spring, there would be an excess of carbon dioxide inside the wine bottles that would give the wine needless carbonation.

The Catholic Church agreed in 1668 that it was time to deal with the situation, so they brought to Champagne a French monk called Dom Pierre Perignon to address the fermentation problem. By the end of the 17th century, however, people had decided to actually enjoy this drink and Perignon's mission was thus changed to make the wine even fizzier. Perignon eventually developed the official process to make champagne known as the French Process, crowning him as the inventor of the celebration drink. 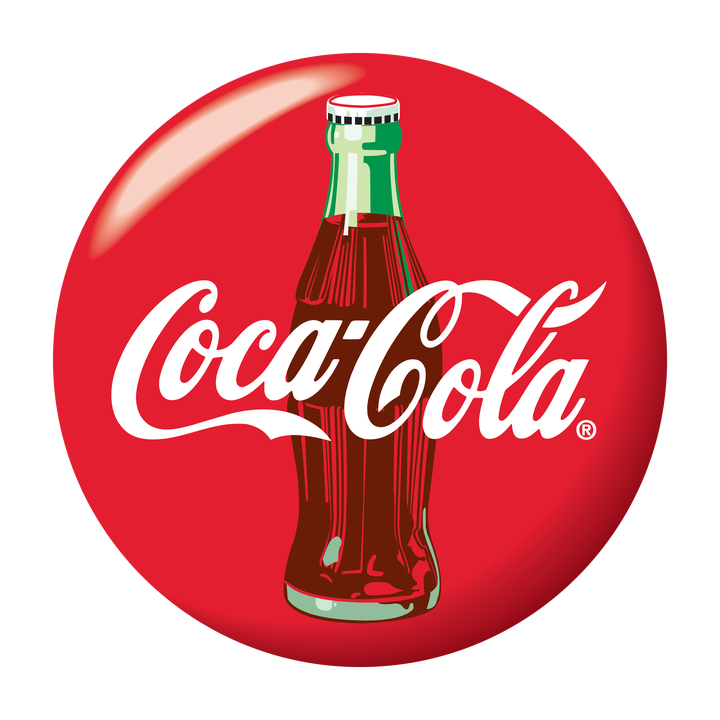 6)  Coca-Cola: The man who made the syrup for Coca-Cola drink wasn't a chef — or even in the food industry. Actually, the inventor of the soda was a pharmacist by the name of Dr. John Stith Pemberton's, who sought to create cocaine and caffeine-filled alcoholic drink that could be used by people with chemical drug addictions (including himself) to get rid of morphine and other narcotics. As the American alcohol Prohibition struck, though, Pemberton was forced to remove the alcohol from his recipe (although the cocaine persisted for decades), producing the first Coca-Cola bottle in 1886. 7)  Chewing gum: While chewing gum variants have existed since ancient Greece, the gum we know today was not developed until the late 1800s. That was when the chewy treat was stumbled upon by an American inventor named Thomas Adams, Sr.— but only after first trying and failing to transform chicle (the material from which the gum is made) into rubber. 8)  Matches: Chemist John Walker learned in 1826 what are now matchsticks when he accidentally scraped through his hearth with a stick coated with chemicals and found it caught fire. Walker's "Friction Lights," as he called them, were initially made of cardboard, but he eventually switched to using wooden pieces and sandpaper. 9)  Viagra: While Viagra is one of the fastest-selling drugs ever, its current use is a far cry from what it was originally designed for. Obviously, it was originally sold as a cure for angina, a heart condition that causes pain in the chest, when Viagra was in its trial phase. And while the drug proved unsuccessful in improving angina patients, participants in the study found that the small blue pill was able to increase erection frequency and potency. 10)              Teabags: Even though two women first filed a patent for a "Tea-Leaf Holder" made of mesh in 1901, the tea merchant Thomas Sullivan is credited with the invention of the modern tea bag. Sullivan started shipping his tea samples in small silk pouches in 1908—and although his purpose was to use the bags for packing and shipping purposes and not to use them as tea bags for consumers, customers did so anyway, and they enjoyed the comfort of it. 11)              Microwave oven: Percy LeBaron Spencer accidentally discovered microwave cooking, while he worked on magnetrons— high-powered vacuum tubes that produce short radio waves called microwaves. He realized the candy bar in his pocket had melted, while he was doing his job as usual. Spencer immediately understood that this effect was caused by the magnetrons. He had filed a patent for his microwave-powered metal cooking box by 1945. 12)              Dynamites: While Ascanio Sobrero discovered the explosive material nitroglycerin, it was Alfred Nobel who used it to manufacture dynamites. While in Paris, Nobel began experimenting with nitroglycerin, and finally, by combining it with kieselguhr, he accidentally found a way to contain the substance— though many people lost their lives in the process, including Nobel's brother Emil.