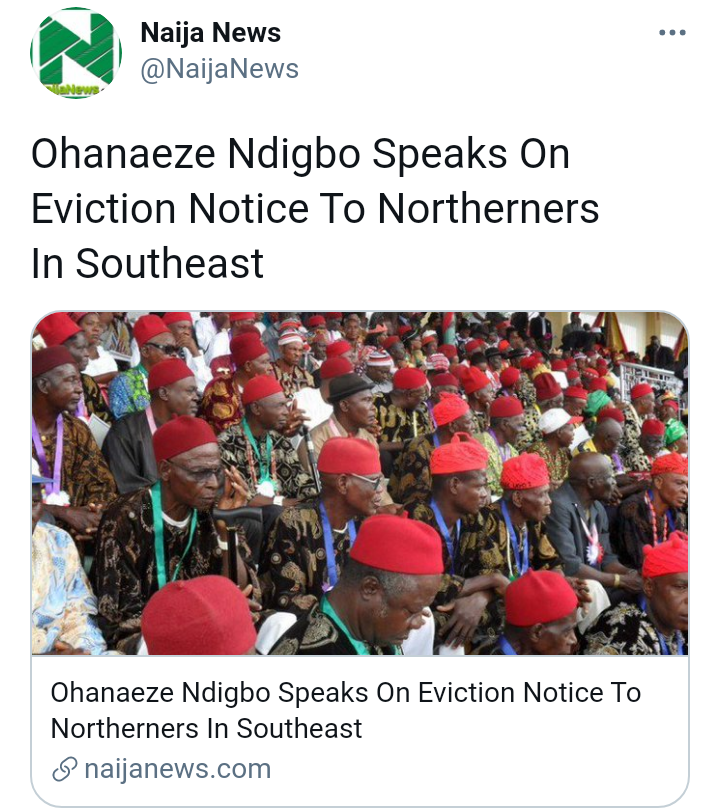 The alleged eviction notice reportedly issued to the northerners in Southeast has been described as a mere rumour by the Ohanaeze Ndigbo Worldwide.

The apex Igbo socio-cultural group in a statement issued by its National Publicity Secretary, Chief Chiedozie Alex Ogbonnia, said no one is sending away non-indigene from the region. 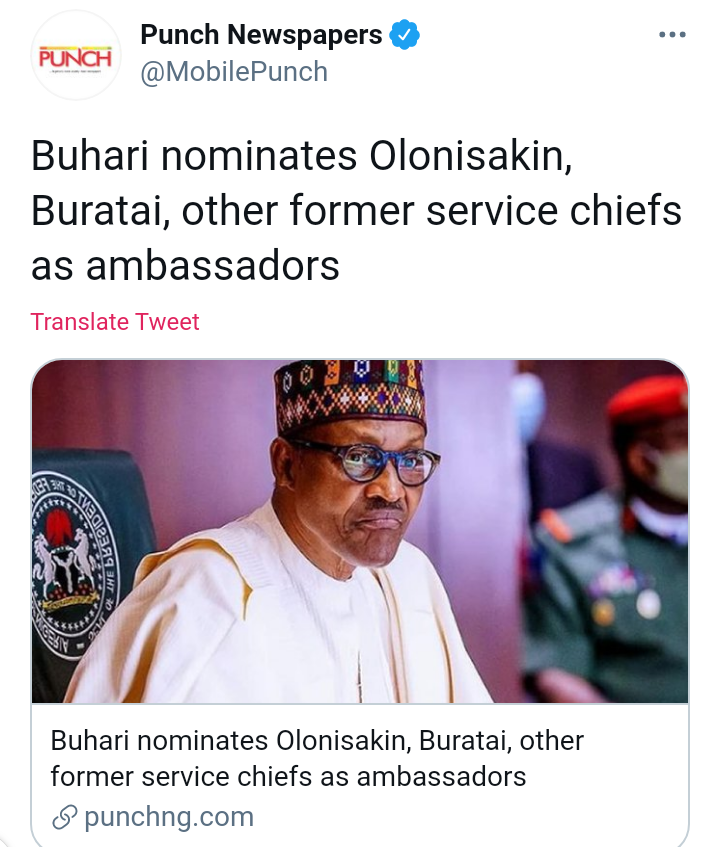 The President, Major General Muhammadu Buhari (retd.), has nominated all the service chiefs who were changed last week as non-career ambassadors.

The Special Adviser to the President on Media and Publicity, Femi Adesina, disclosed this in a statement on Thursday titled “President Buhari nominates Olonisakin, Buratai, Ibas, Abubakar, Usman as non-career ambassadors.” 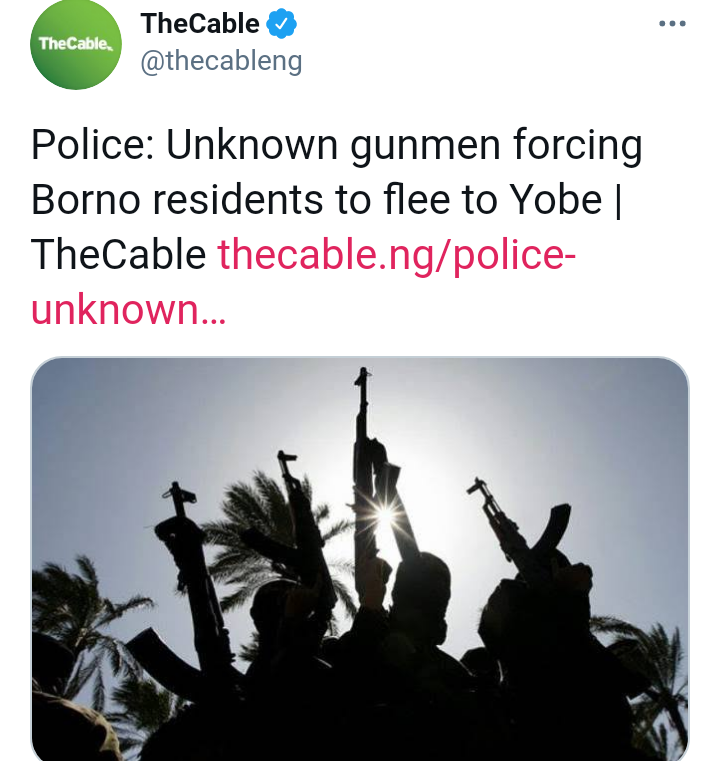 A statement by Dungus Abdulkarim, public relations officer of the command, listed the Borno local government areas to be Gubio, Magumeri, Kaga and Konduga. 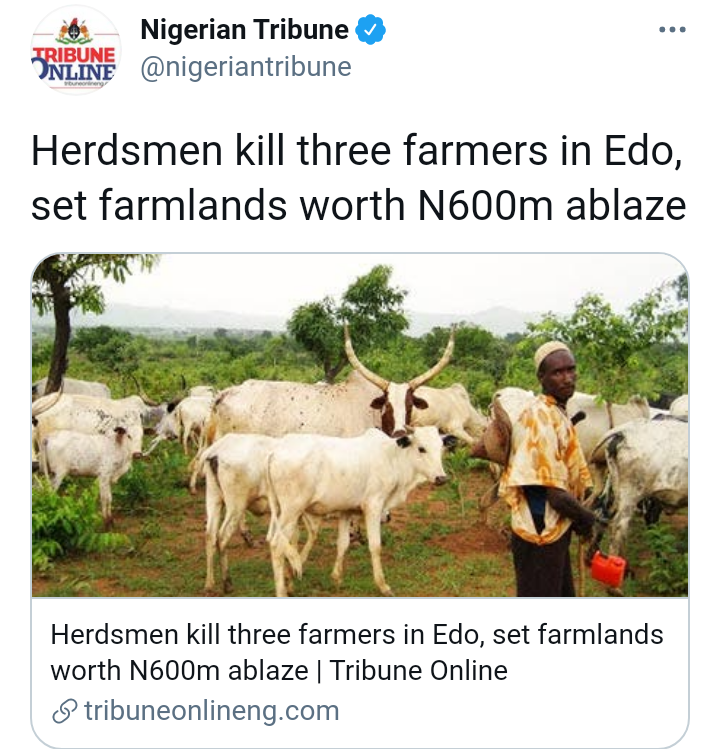 Three farmers have reportedly been killed by suspected herders at the small town of Ugo in Orhionmwon Local Government Area of Edo State while farm produces worth almost N600 million were also destroyed and set ablaze.

A farmer, Mr Michael Eghaghe alleged that the Fulani cattle rearers used their cattle to graze the farmlands where thousands of plantain, pineapple, cocoa, cassava and mature cocoa trees are grown, adding that they also slashed and set the farmlands ablaze.

Eghaghe who spoke in Benin yesterday said that the herders have been grazing on his farm since 2017. 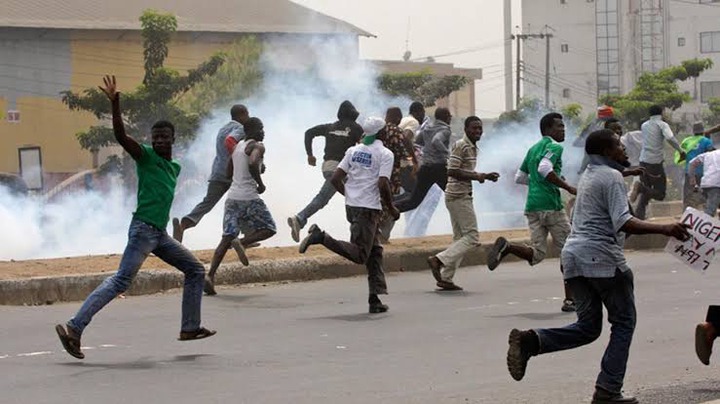 What's your thought on the various attacks being launched by "Fulani Herdsmen" on innocent Nigerians?

airtel whatsapp plan fulani mtn data subscription ndlea latest news unilag school of postgraduate studies
Opera News is a free to use platform and the views and opinions expressed herein are solely those of the author and do not represent, reflect or express the views of Opera News. Any/all written content and images displayed are provided by the blogger/author, appear herein as submitted by the blogger/author and are unedited by Opera News. Opera News does not consent to nor does it condone the posting of any content that violates the rights (including the copyrights) of any third party, nor content that may malign, inter alia, any religion, ethnic group, organization, gender, company, or individual. Opera News furthermore does not condone the use of our platform for the purposes encouraging/endorsing hate speech, violation of human rights and/or utterances of a defamatory nature. If the content contained herein violates any of your rights, including those of copyright, and/or violates any the above mentioned factors, you are requested to immediately notify us using via the following email address operanews-external(at)opera.com and/or report the article using the available reporting functionality built into our Platform