By TamunotonyeInioribo (self media writer) | 29 days ago 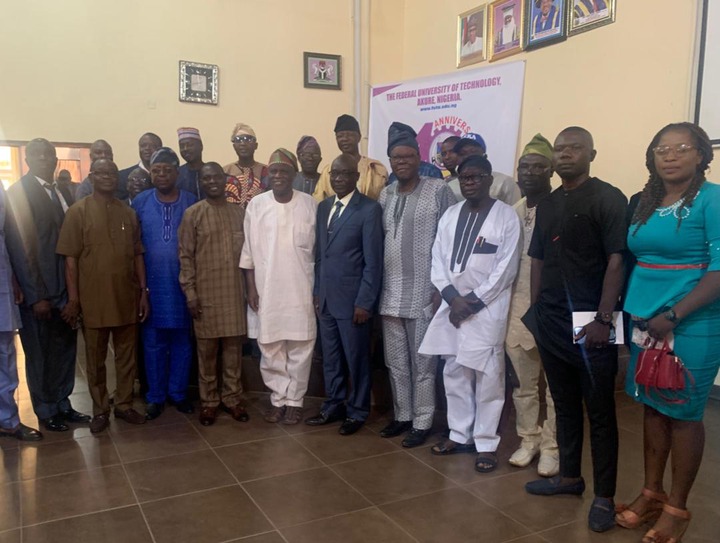 This was as he noted that the differential in the application of science and technology to solving human problems, and to developing new processes and products has been identified to be the cause of continual widening gap between the rich and the poor countries.

Eleka, who gave this admonition while delivering a paper at the first annual lecture of School of Physical Sciences and 40th Anniversary of Federal University of Technology, Akure, noted that Science-based technology comes in as one of the leading factors of production in the emerging global economy in addition to other factors such as knowledge, creativity and innovation.

He said: “Every nation desires to be at peace and compete effectively in the emerging global marketplace. This can only be achieved if such a nation sets out to prioritize the adequate strengthening of its existing research and development centres and technology development institutions with the aim of encouraging and supporting the shift towards adoption and increased use of modern technological approaches.”

In his paper themed: ‘Energy and industrial development: panacea to poverty and insecurity challenges’, He emphasised that no nation can grow beyond its scientific and technological advancements, saying that Nigeria is not an exemption.

“Science and technology play a vital role in skill acquisition, job and wealth creation, improvement in the quality of life and industrial development of any nation.

“They not only bring in advances that lead to healthier, longer, wealthier and more productive lives, they are key ingredients to solving challenges of poverty alleviation and economic development challenges that we currently face and are likely to face in the future,” Eleka added.

He bemoaned the mental perception of Nigerian leaders on science and technology which, according to him, “they see it as consumable items and not something that should be created.”

“Nigeria as a nation has brilliant people that are performing feats all over the world except in Nigeria. Why? This is because our government and the leaders fail to provide for them the necessary modern technological tools and equipment needed for excellent performance in our research centres and institutions.

“It is well-known fact that lack of appropriate and modern equipment limits breakthrough in research performance. The system is therefore caught up with the left-behind syndrome. The economy subsequently begins and continues to decline. This is the unfortunate story in Nigeria; hence the increasing spate of poverty and incidences of crime which are symptoms of deprivation and the lack of user engagement of young people in most cases,” Eleka explained.

Speaking on energy, he said its development over the years is attributed to advances in science and technology, adding that it is a key source of economic growth as many production and consumption activities involve energy as basic input.

Eleka, however, urged Nigerian leaders to harness the abundant renewable energy sources, which the country is endowed with to meet its present and future needs, adding that energy is one of the most important inputs for economic development, poverty eradication and security of any nation.

He concluded that the government at all levels should invest heavily in science and technology, encourage cutting-edge research in this sector and holistically implement the products of the Research and Development effort.