By FutureBest (self media writer) | 9 days ago 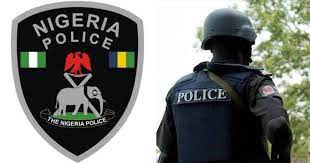 According to the Guardian, four Rivers State Police command agents were apprehended early this morning at Cedar Wood estate off SARS road in the state's Obio/Akpor Local Government Region for their complicity in property snatching and unlawful tax collection from land developers in the area.

According to reports, around 15 patrol vans from various tactical units of the command attacked a facility where the suspects regularly camp inside the estate based on valid intelligence.

According to an unnamed source, the tactical unit guys who arrived for the arrest took away four officers and a Hilux vehicle.

According to a resident of the neighborhood, the arrest came after a series of petitions from residents of the area to the Commissioner of Police, CP Eboka Friday, and the Inspector General of Police, IGP Usman Alkali Baba, about the illegal acts of the supposed policemen and thugs who collaborate with them.

According to the resident, the officers and their collaborators normally come to the site where landowners are developing their land, ask them to pay money ranging from N100,000 to N200,000, and if the person refuses to pay, the land developer will be beaten up and his/her fence will be brought down.

Another neighbor stated that in some circumstances, the officers and their goons take away the landlord's property and sell it to another individual.

The residents expressed their outrage at the cops' treatment of them.

Residents congratulated the Commissioner of Police for arresting the cops and urged him to penalize them in accordance with the law.

DSP Grace Iringe Koko, the Rivers State Police Command's spokesman, did not react to text messages sent to her phone at the time of filing this story.