How Chelsea could line up in a decisive match against Liverpool

Chelsea have the chance to finish off Champions League qualification with a game to play when they take on champions Liverpool at Anfield on Wednesday night. 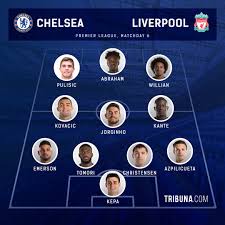 The Blues just need one more win from their final two games to ensure a top-four spot, and they head into this match confidently by reaching the FA Cup final at Manchester United's expense on Sunday.

However, Liverpool have not lost any of their last 58 league games at Anfield and will be frantic for Chelsea not to spoil their title party, with the hosts being handed the Premier League trophy after the match.

Here is how Frank Lampard could set his side up for the contest. 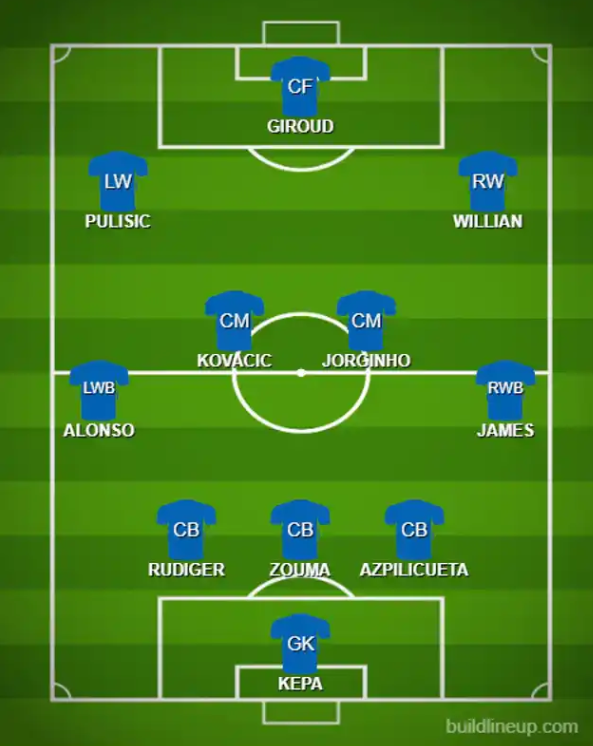 Lampard has changed his formation between 4-3-3 and 3-4-3 this season and it remains to be seen whether he matches up against Liverpool's own 4-3-3 or sticks with the three-at-the-back strategy which worked so well at Wembley on Sunday.

Given that Arsenal also played a 3-4-3 in their triumph over Liverpool last week, the visitors could be enticed to stick rather than twist, and there may also be only restricted changes to personnel after Lampard named a strong side at Wembley.

Goalkeeper Kepa Arrizabalaga could come back into the starting XI after Willy Caballero was brought in for the FA Cup semi-final, however the first-choice keeper still has plenty to prove leading the way into a summer where his future has already come into question.

Kepa has conceded 42 goals in the Premier League this season, and the only Chelsea keeper to have conceded more in a single campaign is Dmitri Kharine in 1993-94 (48).

Christian Pulisic could also come back into the lineup despite Mason Mount getting on the scoresheet at the weekend, while Olivier Giroud will expect to lead the linee of formation after scoring in each of his last three Premier League starts, in addition to scoring at Wembley on Sunday.

N'Golo Kante is likely to miss out again as he begins again to struggle with a hamstring problem, while both Billy Gilmour and Marco van Ginkel are long-term absentees.