By Goldenguy (self media writer) | 22 days ago

Frenkie de Jong has said he has no desire to join Manchester United, thus the Red Devils have been unable to sign him (Sport).

I believe that Ten Hag should stop wasting time attempting to convince the Dutch international and instead select Sergej Milinkovic-Savic as a replacement.

The dynamic midfielder from Serbia has long been linked to the Old Trafford club, and rumors last month hinted that United was considering making a move for him.

La Gazzetta Dello Sport claims that three years ago, Manchester United was unwilling to spend 100 million euros on the player, but that they are now willing to pay only £51.2 million to lure him away from Lazio (60 million euros).

Midfielder Milinkovic-Savic excels in all areas. He was exceptional in the DM/deep lying playmaking role, used his connections to achieve goals in the CM role, and created goals in the AM role.

The Serbian international contributed directly to 23 goals (11 goals and 12 assists) across all competitions while playing for the Serie A team last season, primarily in the center midfield.

De Jong, though, who has also played in the center midfield position for Barcelona, has personally assisted in 30 goals since joining the Catalan side (138 appearances). In all competitions last season, he registered four goals and five assists. 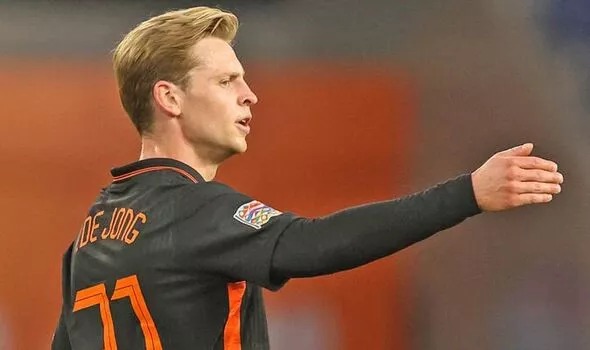 Paul Pogba, United's most inventive central midfielder, left the club, and Milinkovic-Savic is better qualified to fill his shoes at Old Trafford.

The 27-year-old is regarded as a good player, according to retired footballer Paul Merson. He said, "Savic is a superb player," according to The Daily Star. A genuine star performer. I think he's the finest midfielder in Italy based on how he played for Lazio last season.

I'm aware that Manchester United has previously been linked with the Serbian, but I'm not sure why more teams aren't waiting in line to sign him.

De Jong, a Dutch midfielder who thrived under Ten Hag's guidance at Ajax, is clearly a favorite of the coach. The 25-year-performance old's with Barcelona, though, has been subpar, and he is refusing to sign with United.

Should Manchester United pursue Sergej Milinkovic-acquisition Savic's in such a scenario? What do you believe?

Content created and supplied by: Goldenguy (via Opera News )