By Olatunbosunsuccess (self media writer) | 9 days ago 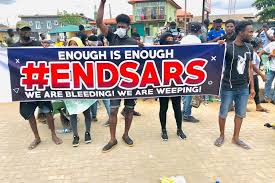 As reported by the Vanguard News, the Human rights activist and publisher of Sahara reporters, Mr Omoyele Sowore, revealed yesterday that there will be #EndSARS memorial protests on the 20th of this month to mark the commemoration of the events that happened last year when the Nigerian youths staged a nationwide protest to demand an end to police brutality, especially the special arms known as the Special Anti-Robbery Squad, SARS.

Meanwhile, if one is to put the aftermath of that event into consideration, one would agree that a repeat of such is not necessary for the following reasons; 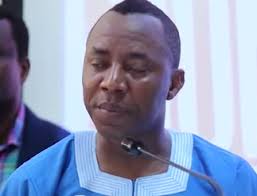 First of all, one of the reasons why the protest was staged was to ask the federal government to end the perceived criminal activities of the SARS, and the President heeded that call and has since disbanded the arms of the police. Not that only, he has also asked that the youths present some representatives to table their demands and have a roundtable discussion with the government.

Away from that, during the peak of the protests on that 20th night of October at the Lekki tollgate in Lagos, where the youths had gathered to air their objections against police cruelty and bad governance, they were dispersed by the sporadic shootings of the Nigerian soldiers, an event which some claimed led to the loss of many lives. Till today, investigations are still ongoing in some states to be able to compensate the victims of that event. 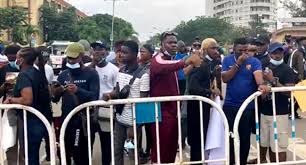 Furthermore, it would be recalled that some miscreants had hijacked the peaceful protests and turned them into an opportunity to create lawlessness. Shops were looted, houses were burnt and many other government properties were destroyed.

That is why if such a protest is to be staged again, there is no telling what could happen especially now that everything is tensed and every criminal is looking for the opportunity to create civil unrest. Again, the armed forces must enforce law and order at any cost, even if there would be collateral damage, and in this case, it will be difficult to tell who is who between the criminals and the genuine protesters. 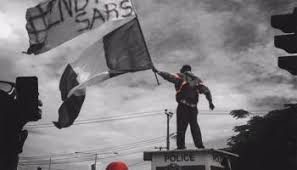 Finally, if indeed there were casualties, there are many ways to honour the souls of those who paid the capital price that night instead of subjecting many other lives to the dangerous and fatal endeavour. Especially now that Lagos and the Osun States have vowed to crush any form of protests that would disrupt the peace of the people. And there were rumours that police officers have started beefing up the security around the tollgate.