By CHRISTIANFORUM (self media writer) | 13 days ago

A 17 years old boy got paraded by members of the Nigerian Police force for allegedly faking his Kidnap. This Suspect is a secondary school student, and he has been identified by the name Obinna Nwatu. Below is a picture showing the suspect: 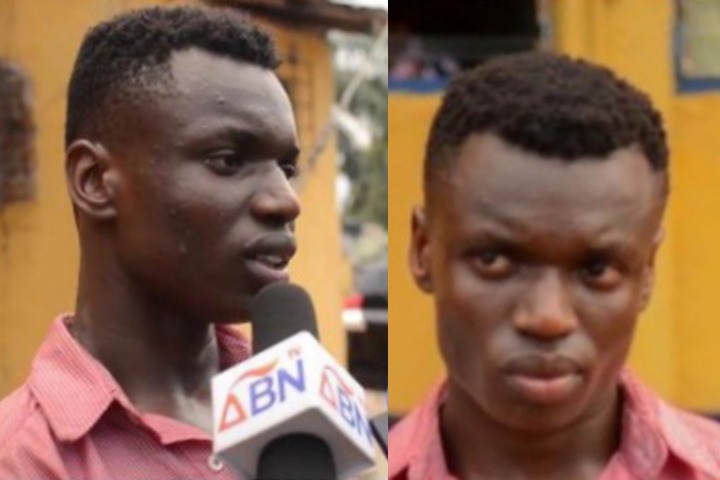 According to reports on instablog, this incident happened in Abia State.

During interrogation, the suspect confessed to the crime. In my opinion, this incident should serve as a lesson to all Nigerian youths. Here are two things to learn from this incident:

Noting justifies evil: According to the Suspect, he carried out his evil plan with the help of one Favour (who is now at large).

When he was asked his reason for carrying out such act, the suspect confessed that he faked his kidnap because his mother is too stingy.

Even if his mother is stingy, that does not justify his act. I am sure by the time the police have dealt with him, he will never try such again.

Be careful who you give your bank account for transactions: It was reported that the police first arrested the owner of the bank account where the ransom was paid.

After the owner of the account got arrested, he revealed that the Suspect asked for his account number claiming he want to receive his younger sister's school fees via the bank account. Unknown to him, the suspect had other plans. The sum of N200k was paid into the account and the owner of the account never knew that the money was paid as ransom until his arrest. This should teach all to be careful with whom we give our bank accounts for transactions. It might get you into an unimaginable Problem.