Opinion: Man United Should Drop These Two World Class Players If They Want To Win Games

Manchester United is one of the most prestigious clubs in the world, boasting some of the best players in the world. They must reclaim their former grandeur and fight for major awards. Manchester United's performance has deteriorated to the point where fans are demanding managerial changes. 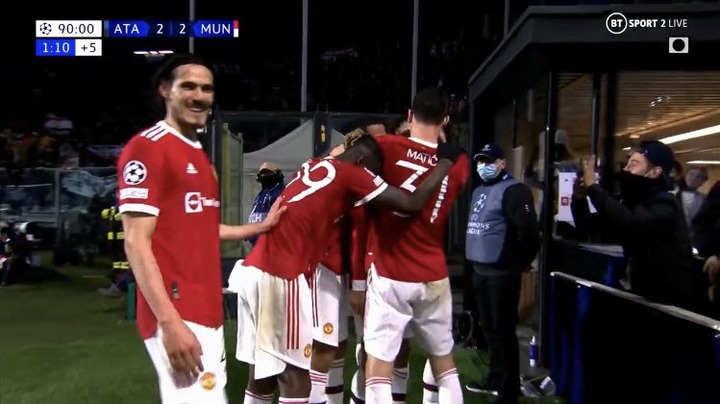 If Manchester United manager Jose Mourinho truly wants to save his job, he must look into individual performance despite the difficult fixture before the international break. Ole Gunnar Solskjaer must concentrate on squad rotation in order to achieve the positive outcomes that the fans and management demand.

We'd want to take a look at the players that have been performing poorly and causing Man United to lose games.

After returning from injury, England's center back has not been up to par. He made mistakes that led to goals against Leicester City, Liverpool, and Atalanta yesterday, and he was so bad that he caused Man United to concede the second goal after destroying the offside trap to put Zapata in an onside position.

Maguire appears to be out of shape, and if Man United is to win games, the manager must focus on dropping him. Despite only playing once this season, Eric Bailly was outstanding. Maguire's ability to tackle opponents is in doubt, and his performance against Atalanta demonstrated why he should be dropped.

The fans want Victor Lindelof, Raphael Varane, and Eric Bailly to form a back three. This is something Ole Gunnar Solskjaer needs to think about.

This season, Luke Shaw has not demonstrated his ability. His defensive ability is questioned because he does not easily retract back when the ball is not in play. He left Salah to score goals, and his marking needs to improve.

Luke Shaw has a thigh injury and was forced to play with it wrapped. Alex Telles, who is fit and has good defensive and attacking abilities, must be used by Ole.