Fulani, Hausa, and their cattle are given a 30-day ultimatum to leave Yorubaland. 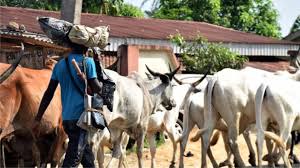 This was shown in a video received on Saturday by SaharaReporters. Yoruba Nation vests were worn by several of the men.

Sunday Oyo, the group's leader, urged President Muhammadu Buhari to advise "his people" to leave Yorubaland within a month or face the gruesome consequences of disobedience, which they said could be fatal.

Though the Nigerian government was able to secure the arrest of Yoruba Nation agitator Sunday Adeyemo, aka Sunday Igboho, the young man stated that he, Sunday Oyo, is different.

In July, Igboho and his wife were apprehended in the Benin Republic while attempting to fly to Germany. He has been incarcerated in the country since then.

“We are utilizing this opportunity to remind President Muhammadu Buhari that all Fulanis and Hausas should be evacuated from Yorubaland immediately,” Oyo stated.

“We don't want to be in a relationship with you; everyone should go their own way.” The pain is excessive; let us have our country, and you have your country; and be cautious or else...

“In general, we give you 30 days to depart Yorubaland. Sunday Igboho has been arrested; my name is Sunday Oyo, and we will deal with you. Whatever your experience is after 30 days, you should embrace it as your fate.”

Igboho had previously threatened SaharaReporters with a similar threat.

He accused the Fulani population in the area of orchestrating kidnappings, murders, and other criminal actions. 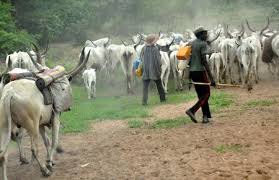 "If they continue to kidnap our people, we will evict them from our property. I'm reassuring Yorubas, particularly those in Oyo State, that there's no need to be concerned. We are not just going to expel Fulani people in Oyo State; we are going to deport Fulani people throughout Yoruba territory "he had stated

Igboho has been through a lot since he became one of the masterminds of self-determination for the Oodua/Yoruba Nation.

For example, on July 1, 2021, officers of the Department of State Services (DSS), commonly known as the State Security Service (SSS) or secret police, broke into his Soka residence in Ibadan.

On July 20, he was apprehended in Cotonou while attempting to travel to Germany.

The activist for the Yoruba Nation fled Nigeria after the DSS proclaimed him wanted following the alleged finding of firearms in his Ibadan home.

He, on the other hand, claimed that the guns discovered in his home were planted there by the security agency.