By SportsBible (self media writer) | 3 days ago

The conclusion of the 8 Champions League matches involving 16 clubs that did not play on Tuesday means every club has now played their game week 5 match. It also means the outstanding players are known. Arranged in 4-2-3-1 formation, below are the 11 players that were outstanding in each position. 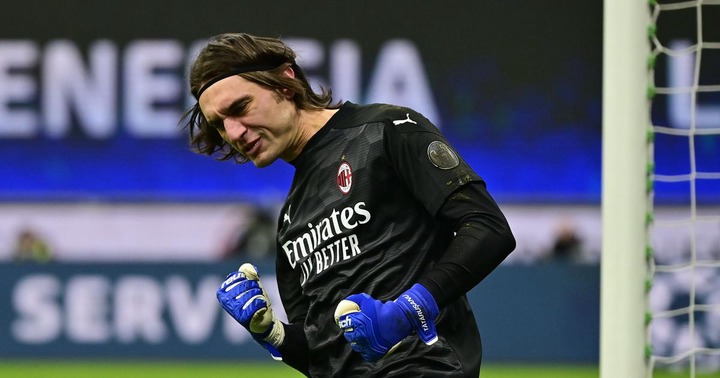 Ciprian's outstanding performance in goal for AC Milan was one of the major reasons why Atletico Madrid failed to score at home. He made 3 saves in that game and the win has given the Italian club the hope that they could qualify for the round of 16 of the Champions League, as they are now one point behind FC Porto and Atletico Madrid with one game remaining. 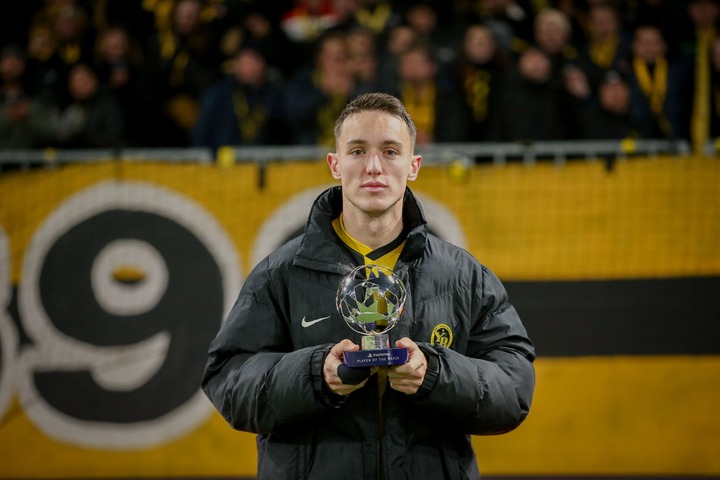 Silvan Hefti was named player of the match after a fine performance in the 3-3 draw with Atalanta who was the favourite to win the match. He scored Young Boys' third goal which would have been the winner if they didn't concede a goal a few minutes later. 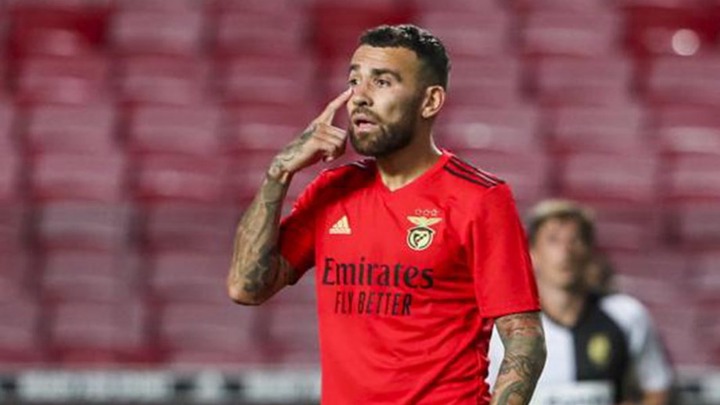 That Barcelona failed to score in a match they needed to win was due to the outstanding performance of Nicolas Otamendi. The center-back was a rock at the back for Benfica and was rewarded with a man of the match award. According to Squakwa Football, he recovered the ball 9 times, blocked 3 shots, made 8 clearances, 5 interceptions and 3 tackles. Chalobah produced a striker's finish to give Chelsea the lead in the match against Juventus. But more importantly, he defended with maturity beyond his age. His performance alongside Antonio Rudiger and Thiago Silva was one of the reasons Juventus failed to score. 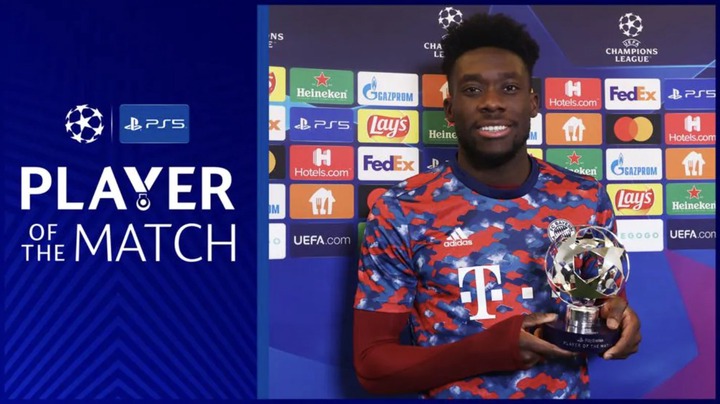 Davies was essentially a winger in the match against Dynamo Kyiv as he was a constant outlet for his side offensively. His work rate was second to none so it wasn't a surprise that he was named man of the match despite not scoring or assisting any of Bayern Munich's 2 goals. No other left-back won the man of the match award in game week 5. 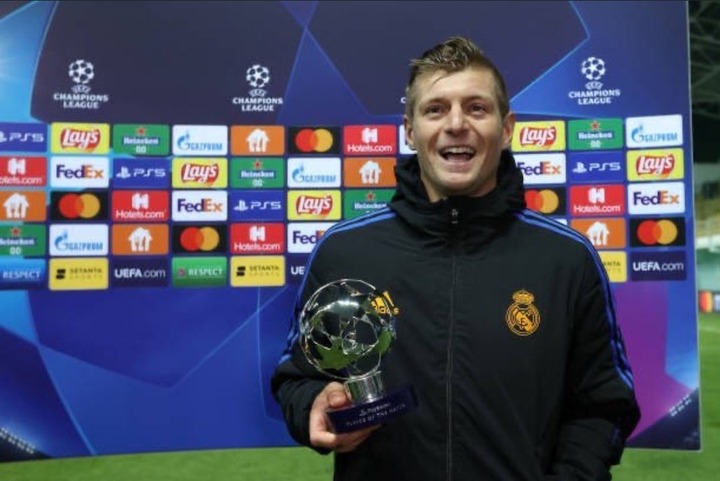 Kroos ran the show from midfield and that ensured FC Sheriff had no chance to pull off a shocking victory as they did in the first leg. The German international scored Real Madrid's second goal and was awarded man of the match for his outstanding performance. 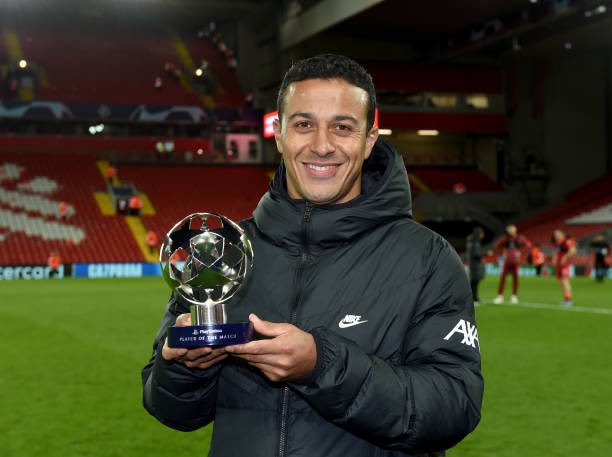 Alcantara was named player of the match against FC Porto as he outshined his teammates Mohamed Salah and Sadio Mane who are usually the ones that win the award. Like Kroos, he dominated the midfield and capped off the fine performance with a fine long-range goal in the second half. 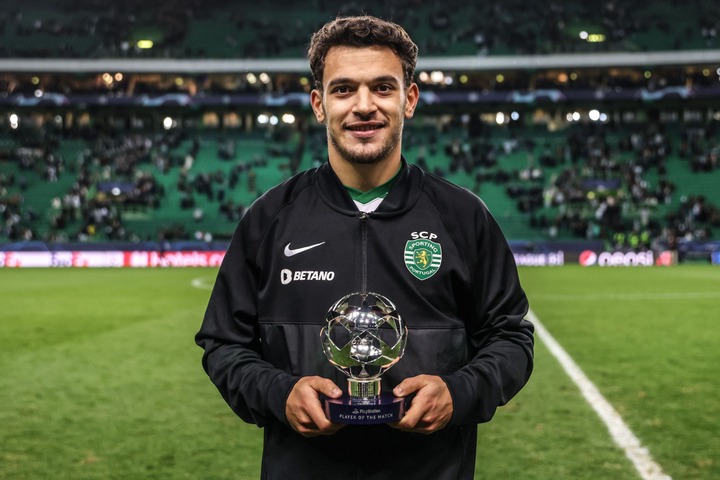 Goncalves' performance against Borussia Dortmund ensured that Sporting CP won and will have the advantage going into the final group match as they are now 3 points ahead of the German club. The Portuguese international was named the player of the match as he was directly involved in all 3 goals scored by his team. He scored two goals and assisted one. In a game full of superstars, it was Bernardo who produced the best bit of quality. His assist for Gabriel Jesus' winner in the match against Paris Saint-German was a moment of magic. It was not a surprise that he was named player of the match as it was well deserved. 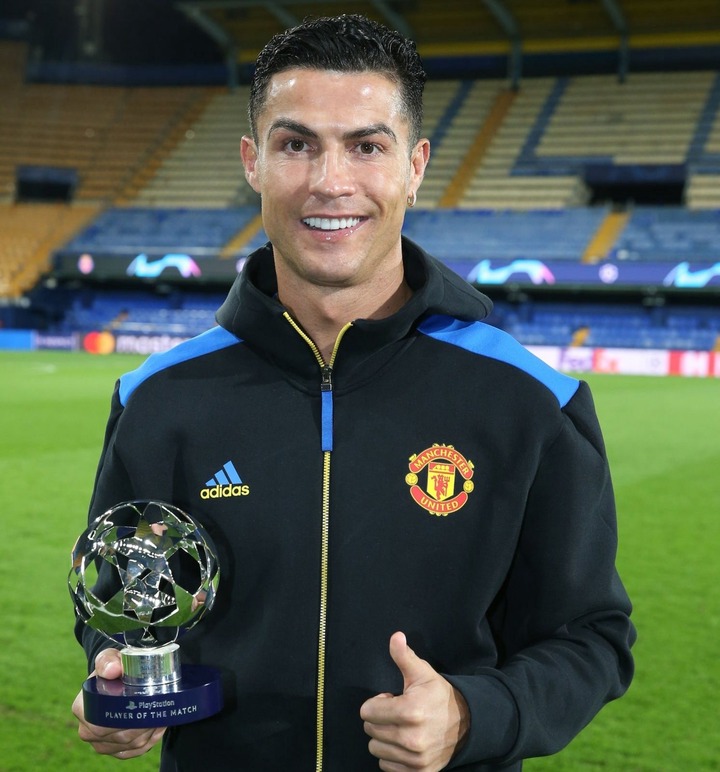 Cristiano Ronaldo was on hand once more to score the all-important first goal for Manchester United in the match against Villarreal. That goal made the second one possible as the Spanish side had to leave spaces at the back in search of an equalizer. He won the man of the match award for his performance in that game. 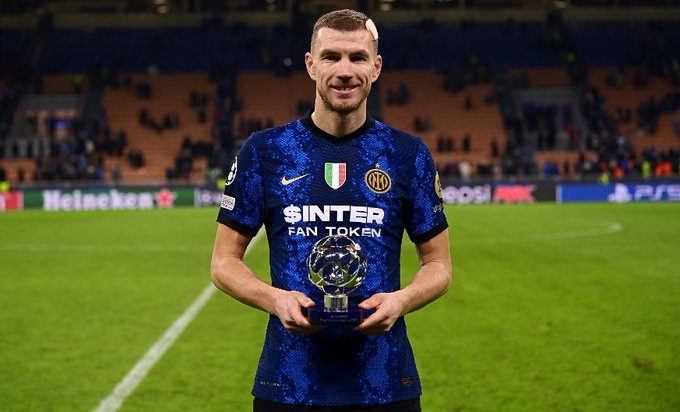 Dzeko scored both goals for Inter Milan in the 2-0 win over Shakhtar Donetsk. No surprises as he was named player of the match after that fine performance.