The Creation Of Man & Satan Was At The Same Period, & The Earth Was Made Exclusively For Man.

By OlowookereAdebayo01 (self media writer) | 28 days ago

Man was created absolutely at the same period as Satan. The notion that Satan has been living for many years before the creation of man, is a lie. Also, the notion that Satan had been on earth before man was created, is another lie. Those assertions are not from the living Bible. The man was the first occupant of the earth. The earth was created exclusively for man. He was formed on the sixth day, of the Lord's creative work, and the Bible has it in the book of Genesis 2:1

Thus the heavens and the earth were finished, and all the host of them. Interpreting the Bible passage above, briefly, through the process of English stylistics, on semantic interpretations, with our attention on "all the host of them", we would see that, the word " all" there refers to "complete", " total" and "absolute". This means, the sentence, "thus the heaven and the earth were created and all the host of them", is interpreted as, the earth and heaven were created at the same period and the hosts of them. 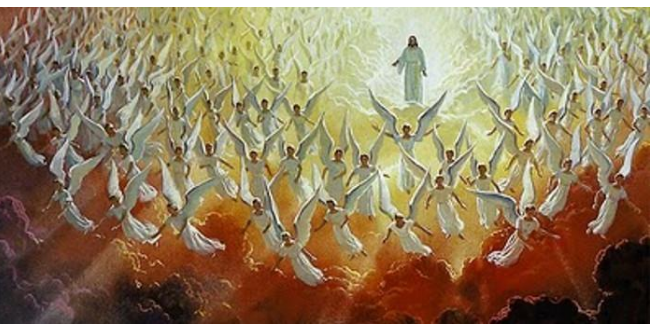 (The hosts of heaven were created, and satan, then Lucifer, was among them)

The hosts of heaven, comprise all the angels of heaven, which satan was among. Also, the hosts of the earth include Adam, and all the animals of the earth, the flora and fauna, and the entire components of the universe. Those are the account of the creation of man and satan. The host of heaven also comprises Lucifer, (later satan, after the fall), who was once the archangel in charge of the music. One very particular account that God did not reveal exactly to the prophets of then was the period of the battle between Satan and the host of God in heaven. The book of Revelation 12:7 has it that,

KJV: And the great dragon was cast out, that old serpent, called the Devil, and Satan, which deceiveth the whole world: he was cast out into the earth, and his angels were cast out with him.

Practically, Satan came into the earth after he was hurled out of heaven. He was not hurled or cast into the earth, as many people still believe. The book of Revelation 12:12,

Therefore rejoice, ye heavens, and ye that dwell in them. Woe to the inhabiters of the earth and the sea! for the devil is come down unto you, having great wrath, because he knoweth that he hath but a short time.

Let us examine the word, " ...for the devil is come down unto you, ...", there is no indication that he was forced to come down to the earth, as the Bible rightly indicates in Revelation 12:12, he came by himself. Now, whoever would "come down" has been above the ground, before he could "come down" onto it. This means Satan was cast above the earth, below the heavens. As we all know, there are several heavens, Lucifer used to reside in heaven, the one that is the abode of God. Now, in the account of how he became a person that could come into the earth, he was cast out of heaven, obviously, according to Revelation 12:22, Satan was not cast onto the earth. (Satan and his angels; 2/3 of heaven's angels were cast out of heaven)

In the book of Ephesians 2:2, the Bible talks about the powers of the prince in the air, and his cohorts, in the principalities and powers that work in the children of disobedience. That is the attribute of Satan.

(Satan now controls the power and principalities that now exists in the children of disobedience, the ruler of darkness, and the prince of the powers in the air)

This tells us exactly the abode of Satan, which is in the air. Some biblical scholars have arrived at the assertion that his abode is in the second heavens, where the powers and principalities reside. He is the controller of all the powers. God has an organized plan for everything He created. He had made the earth for man. The fall of man in the garden robbed him of supremacy and sovereignty over the earth. It did not rob him of the ownership of the earth. This power Satan cunningly beguiled him, but, it was restored after the ascension and glorification of Jesus Christ, in Philippians 2:9-11.

Jesus Christ overpowered satan and recovered the dominance of the earth from him. There is a possibility that he has for once removed his kingdom from the second heavens and pitched on earth, whichever way, Jesus Christ has dispossessed him of all these powers and instituted it in the Holy Spirit. Now that man is being baptised in the holy ghost, the power has been restored to man, to prevail over Satan.

Genesis Satan The Creation Of Man