By Oshomatic (self media writer) | 1 month ago 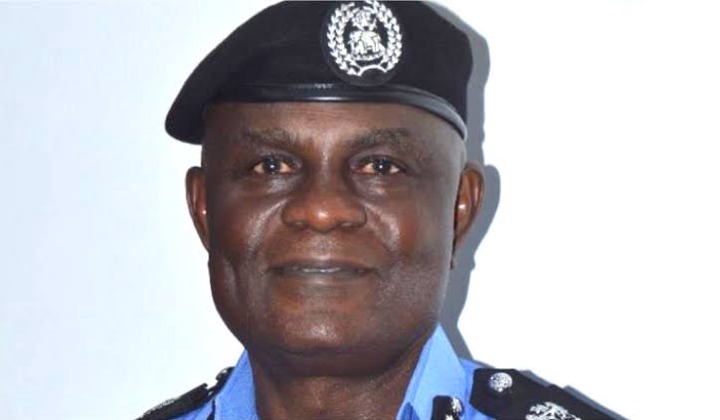 Information gathered via Peoples Gazette, on Monday revealed that a yet-to-be identified gunmen has killed a police inspector, thereby injured other at a road block in Onitsha, Anambra State on Sunday morning. 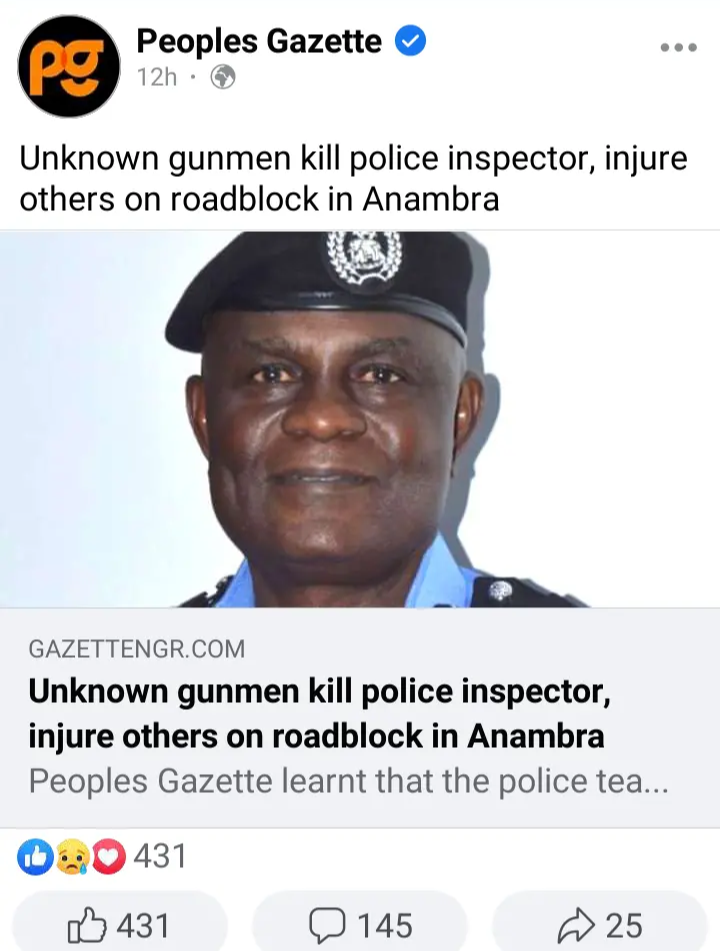 According to reports, the attackers were said to opened fire on the inspector and his colleagues while on official patrol at a place called Ukaegbu junction, off Ezeiweka road in Onitsha, thus, the police team had mounted a roadblock for a stop-and-search at the said junction before the attacked.

In March 2021, unidentified gunmen attacked a police patrol team at Ashaka, Ndokwa East Local Government Area, Delta State, stabbing an inspector to death, inflicting injuries on others and setting a patrol car ablaze, and dispossessed the police officers of riffles and made away with them during the incident which occurred, around one of the schools in the community.

Just in the month of August 2021, recall that newsmen reported how unknown gunmen also attacked a police station in Orlu, Imo State therefore killing police inspector, the incident occurred, which occurred on one Thursday night when the armed men invaded the police station and gunned down an officer, thereafter set the facility ablaze.

The Gazette also learnt that the Police spokesman in Anambra, Ikenga Tochukwu, in a statement sent to The Gazette on Sunday evening, said the attackers drove in an ash sienna vehicle, and suddenly started shooting sporadically at the officers on duty while the state police command has intensified search within the Onitsha axis to identify and arrest the attackers.

How long will all these killing of police inspectors continue in Nigeria?