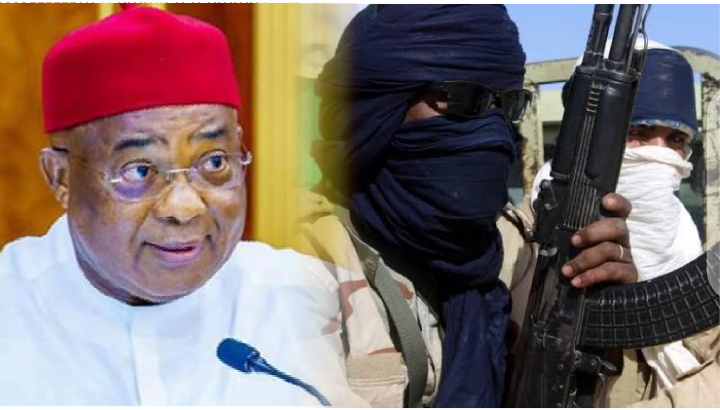 Uzodimma flags off military operation to secure Imo, others

Governor Hope Uzodimma has flagged a military exercise tagged Operation Golden Dawn to restore sanity in Imo State ahead of the Yuletide with a promise to support the leadership of security agencies to succeed in the three-month assignment. 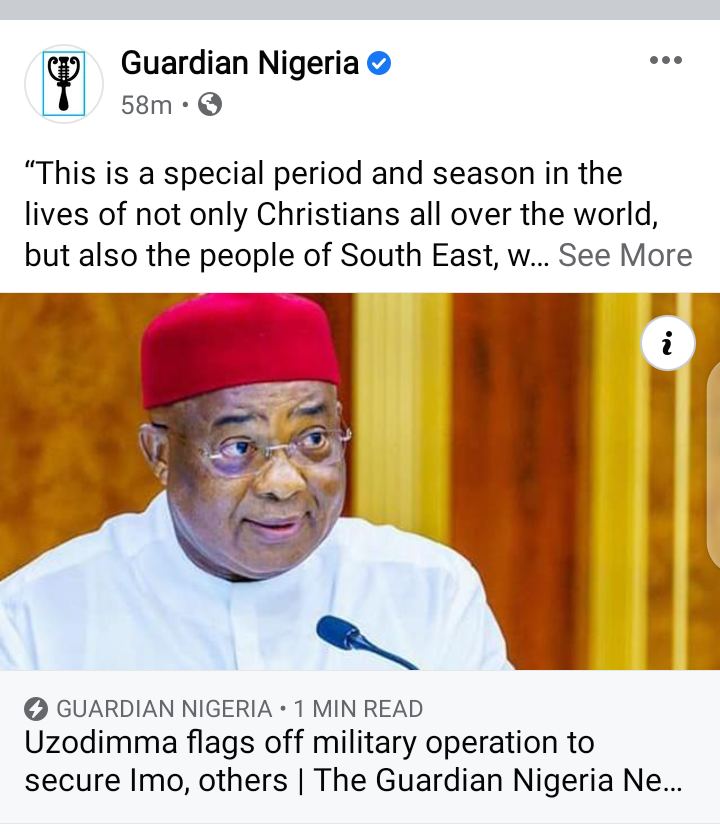 A statement by his Chief Press Secretary and Media Adviser, Oguwike Nwachuku, said the headquarters of the centre is Super Camp Orlu, in Orlu council area of the state.

During the unveiling yesterday, the governor commended the security agencies for coming up with the vision at these troubling times in the South East geo-political zone.

At least 10 worshippers were killed when bandits struck in Yasore community in Batsari Local Government Area of Katsina State, on Tuesday.

The victims were said to be observing Magrib prayer when the bandits opened fire on them. 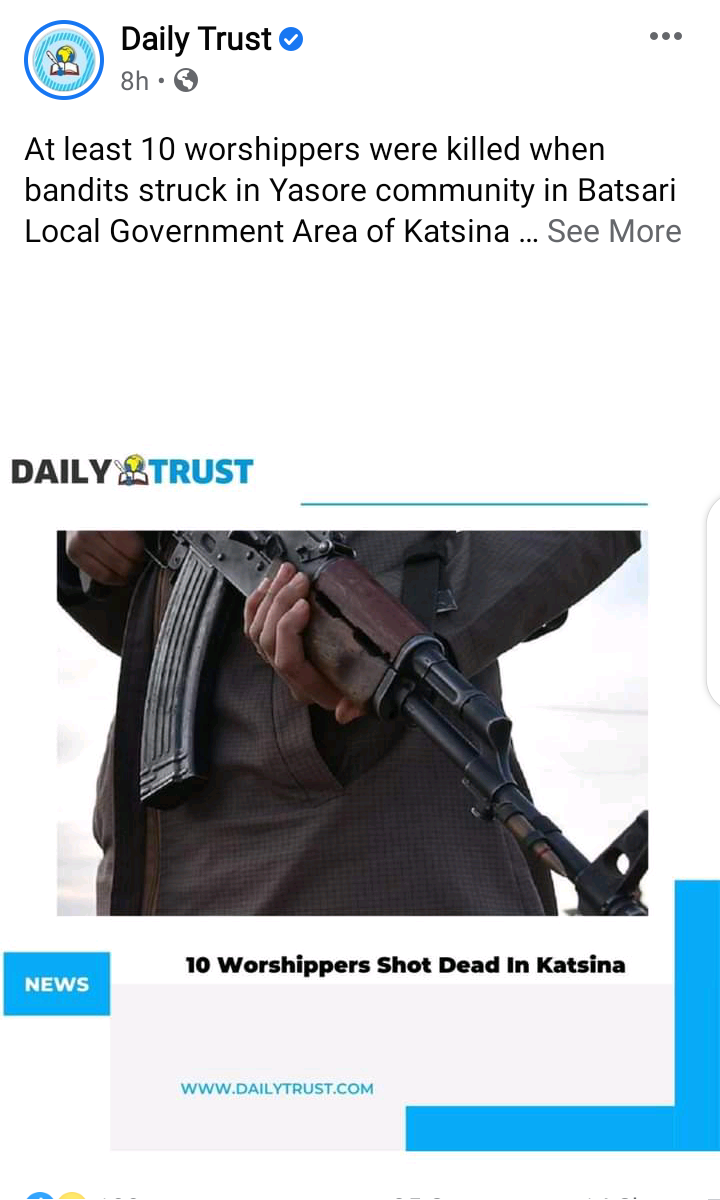 Daily Trust gathered that the dead bodies were buried on Wednesday morning while those who sustained injuries are being treated in the hospital.

It is believed that the bandits came from their hideouts in Birnin Gwari forest in Kaduna State.

The bandits, who attacked the community at about 6:30pm on Tuesday, were also reported to have burnt many houses in the community.

A 23-year-old student of Botany at Bayero University, Kano, Sakina Bello, has been kidnapped.

Bello was abducted along Janbulo and Rijiyar Zaki area of the Kano metropolis on Tuesday.

The 300-level student was said to have been kidnapped inside a commercial tricycle (Adai Daita Sahu). 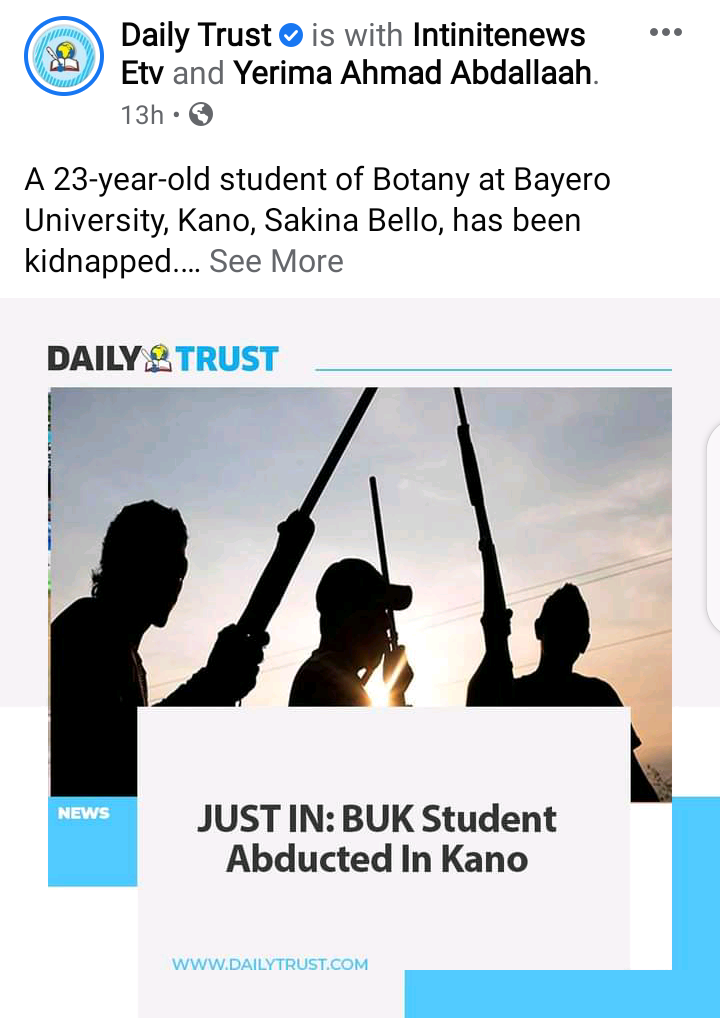 A source said the kidnappers placed a call to the family and demanded N100million ransom from the family.

“She left home around 3pm on Tuesday and could not come back until this moment. She was supposed to go to Janbulo from our house in Rjiyar Zaki.

Lagos Governor Babajide Sanwo-Olu has renamed one of the housing estates in Gbagada as ‘Ndubuisi Kanu Housing Estate’ to immortalise the late Governor.

Sanwo-Olu, who was full of kudos for the deceased, said he led a remarkable life worthy of emulation. 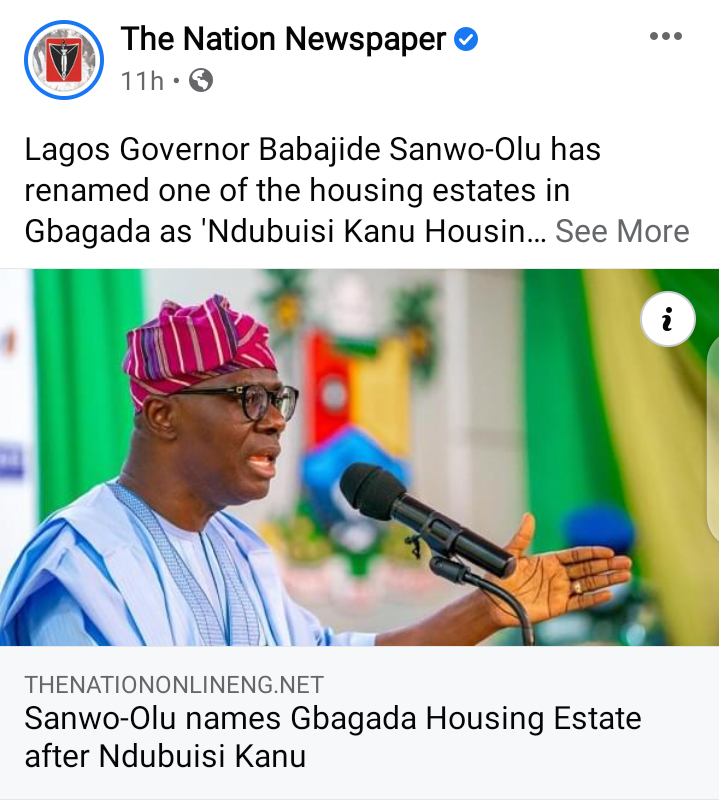 He added that the estate will be commissioned soon.

The Governor spoke at a ‘Day of Tributes’ held in Kanu’s honour by the State.

He said: “The late Admiral Kanu, a tested nationalist, lived his life for the good of the people. He loved the people and was always willing to make them happy.