By Penason (self media writer) | 27 days ago

The report from AL JAZEERA has it that a coup attempt has been foiled in Sudan in the early hours of Tuesday, September 21st, 2021. A statement from the the Prime Minister of Sudan, Abdalla Hamdok said those who attempted the coup were some soldiers and other civilians who are loyal to the deposed former President, Omar Al Bashir, who was ousted from office in April 2019. 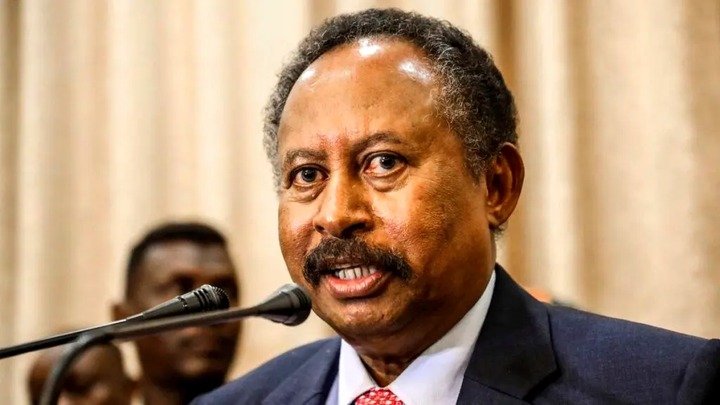 The attempted coup in Sudan came weeks after Guinea fell under a successful coup operation led by Lieutenant-Colonel Mamady Doumbouya. During the operation, President Alpha Conde captured. Soldiers who deposed Guinean President Alpha Conde on Sunday September 5th, after hours of heavy gunfire around the presidential palace said they did so because of the rampant corruption, disregard for human rights and economic mismanagement under the ousted president. One could wonder why Sudan suffered attempted coup in what appeared to be a repeat of the incident that took place in Guinea? Could it be for the same reasons as Guinea?

It would be recalled that the former President of Sudan , Omar Al-Bashir who had ruled the country for 20 years was ousted from office following four months of protest which rocked the country in in 2019. The new leadership in the country was made up of the military and the civilian component, where there was an agreement that they were going to expedite the action in returning the country into a fully democratic dispensation. Reasons for the recent coup attempt in Sudan may have included the following:

Firstly, Waleed Madibo, the founder and president of Sudan Policy Forum, who spoke from Doha, Qatar, said the legislative body was supposed to be formulated 3 months after the revolution in 2019. However, 2 years down the line, there is no signal that the civilian component of the government has any intention to go ahead with the agreement. He noted that there is a total lack of leadership, and the transitional government under Abdalla Hamdok is short of vision that could lead the country out of the quagmire.

Secondly, recall that the transitional government in Sudan signed and agreement with the rebels who fought Omar Al-Bashir's government that they are going to broker peace deal with them. However, the protesters who returned to the streets to block major roads leading to Khartoum and the country's key trade hub, Port Sudan, carried out the demonstration to protest the failed agreement with them. This is an indication that the transitional government may have reneged on their agreement with the rebels, forgetting in a hurry the role the rebels played in ousting the leadership of Omar Al-Bashir.

Finally, an another development that may have constituted one of the reasons for the attempted coup, Hiba Morgan who reported for AL JAZEERA form Khartoum said “there has been a war of words between the parties who are the ruling coalition. Therefore, there have been lots of tensions, lots of politics which could potentially be the reason as to why there was an attempted coup." 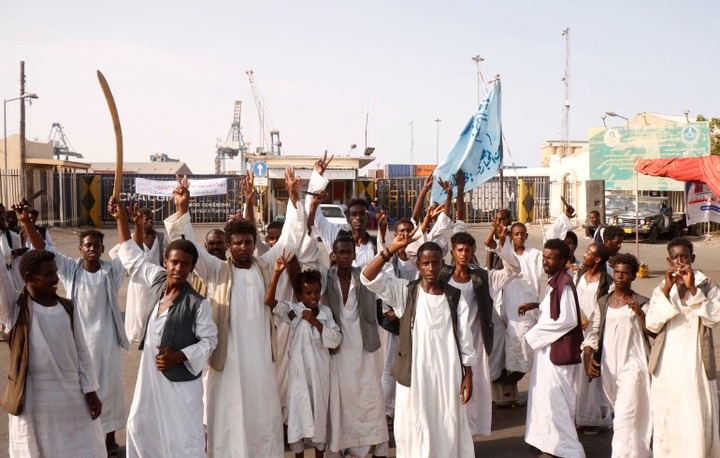 Certainly, since the transitional government took over in April 2019, they had promised to fix the fragile economy and improve the living standard of the Sudanese, it is evident that the coalition that formed the government have not been able to put any tangible things on ground. There is every probability that there are blames and counter blames which might have emanated from within the leading class, leading to uproar and insubordination, alignment and realignment.

Meanwhile, the Information Minister, Hamza Baloul, said the situation has been brought under control, and that Khartoum is calm and people going about their normal businesses. More that 40 military officials who took part in the attempted coup have been reportedly arrested. And the investigation to unravel more reasons for their actions is on the way through a committee inaugurated by the presidency.

Opinion: Tonto Dikeh Is Wrong For Reacting To Kpokpogri's Release With Childish Photo Of Him She Shared Online