Only God has the power to take my life – Tinubu

By Ericgold4real (self media writer) | 10 days ago 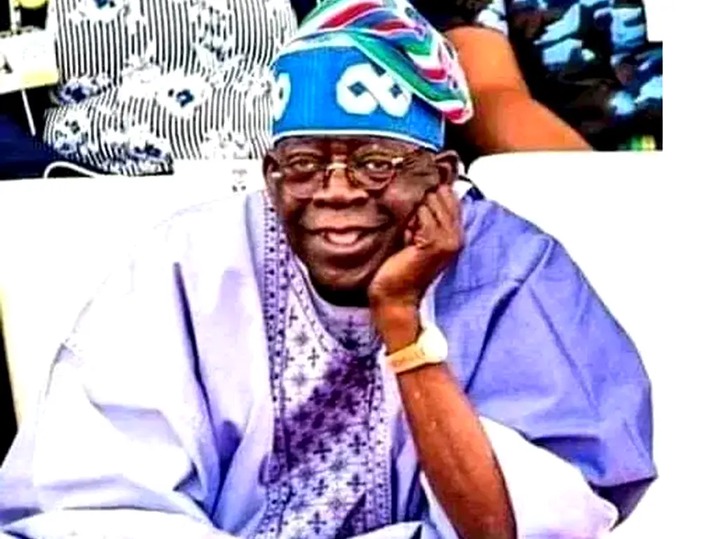 Bola Tinubu, National Leader of the All Progressives Congress, APC, has affirmed God's supremacy over every human being, saying that only God has the authority to take his life when the time comes. He, on the other hand, stated that he is "Hale and hearty" following a successful medical trip to the United Kingdom. Tinubu made the remarks on Sunday during a grand reception to welcome him back home, hosted by Lagos State Governor Bababjide Samwo-Olu on behalf of the state government at the Lagos House, Marina.

"Welcome Back Home, Asiwaju," is the event's tagline. Recall that Tinubu returned to the country on Friday night after a successful surgery operation on his right knee as well as rigorous post-surgery physiotherapy that lasted about three months. Mrs. Ibijoke Sanwo Olu, wife of the state governor, Deputy Governor Obafemi Hamzat and his wife Oluremi, former Lagos Deputy Governors, Mrs. Idiat Adebule, Abiodun Ogunleye, Speaker of the House of Representatives Femi Gbajabiamila, Speaker of the Lagos State House of Assembly Mudashiru Obasa, Senator Olamilekan Solomon, members of the Governor's Advisory Council, GAC, local government, Secretary to the State Government,SSG, Folasade Jaji, Chief of Staff,Tayo Ayinde and other members of the state Executive Council.

Tinubu's arrival came barely 24 hours after the state Governor, Bababjide Sanwo-Olu, launched a campaign group, South-West Agenda (SWAGA 2023), in Lagos to champion Tinubu's presidential ambition ahead of the 2023 general elections. Tinubu thanked God for bringing him back to Nigeria safely during the event that saw prayers for him. He thanked all of the political leaders and groups who wished him well, saying he was relieved to be back home. Tinubu also thanked God for sparing his life and guiding him through his medical trip abroad.

Despite his medical trip, he said he couldn't praise God more than anyone else or all those who prayed for his safe return home. "I'm a little emotional, but I'm glad to be back home," he says. God is the giver of life, and only he has the power to take it away. "I thank Him for granting me the opportunity to live. I'm fine and healthy, and I can't thank Him enough, he said. Previously, Sanwo-Olu, Hamzat, Gbajabiamila, and Olamilekan stated that they were ready to work harder and were already working to secure his mandate in 2023.

Stephen Adegbite, representing the Lagos Christian Association of Nigeria, CAN, prayed copiously for Tinubu's good health, his family, and his destined ambition in 2023, quoting Plsam 91 from the Holy Bible, saying, "We are praying for you." You'll get there eventually. You will not perish."