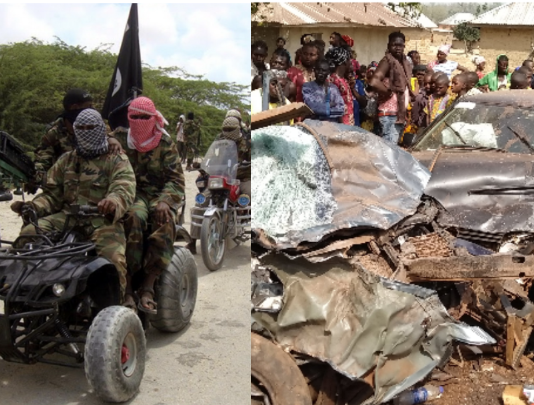 Gunmen suspected to be bandits have attacked the Madamai and Abun communities in Kaura Local Government Area of Kaduna State. 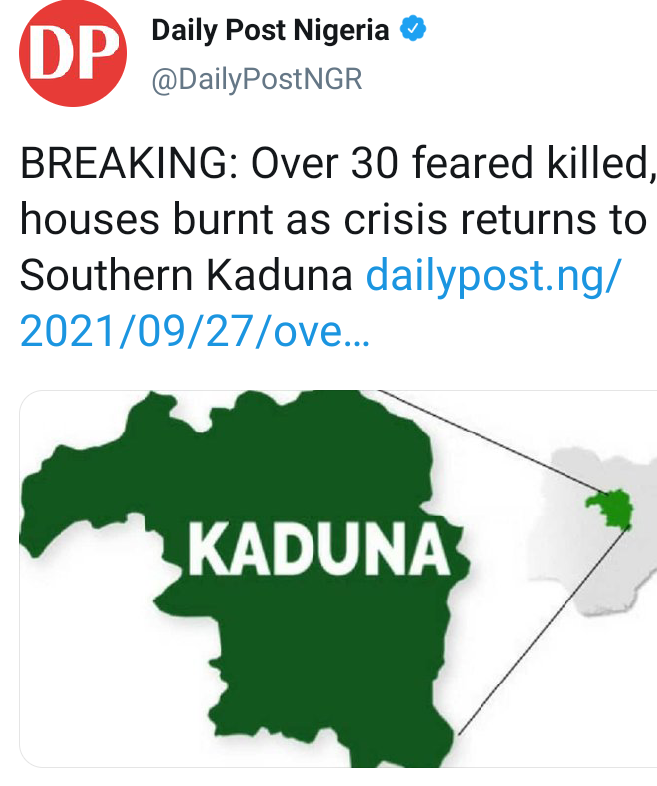 DAILY POST learnt that the attack which occurred on Sunday night, left at least 30 residents dead while scores of others were seriously injured. It was also gathered that the assailants razed several houses in the two communities during the operation that reportedly lasted for over an hour.

No fewer than 13 persons have lost their lives in a fatal accident that occured around Akpoku- Udufor community of Etche Local Government Area, Rivers State. 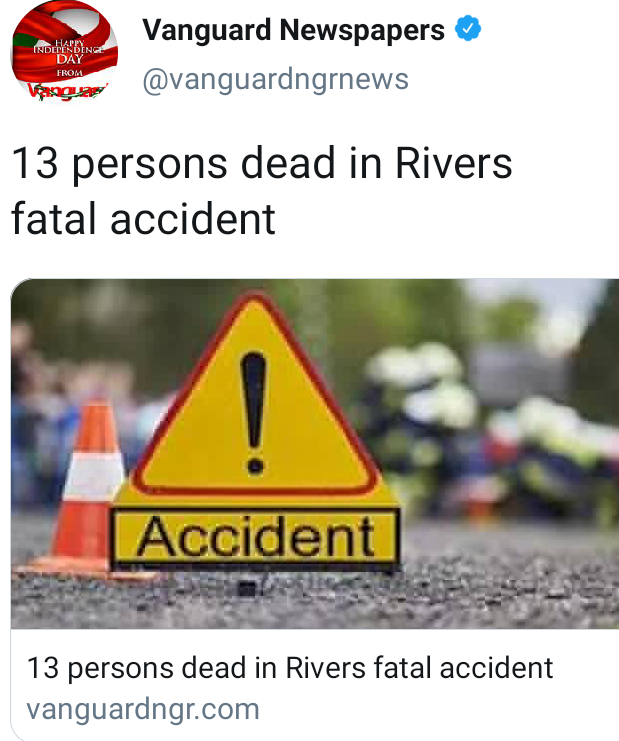 The accidents which involved a Costa Bus loaded with passengers and a truck is said to be the worst of its kind in the state in recent years.

It was gathered that the occupants of the Costa Bus were from Afara community in Etche ethnic nationality and were traveling to a community in the neighbouring Imo State for the traditional marriage of one of their sons. 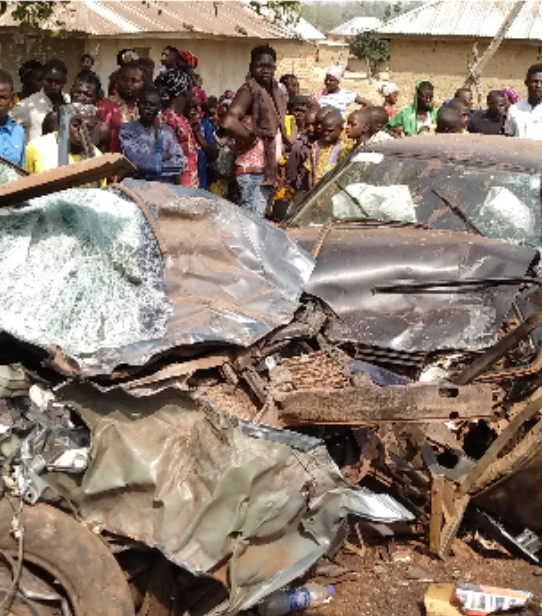 It was gathered that the bus had loaded from the community and set out for the travel around 3:00pm, but was involved in the ghastly accident less than 30 minutes after taking off. 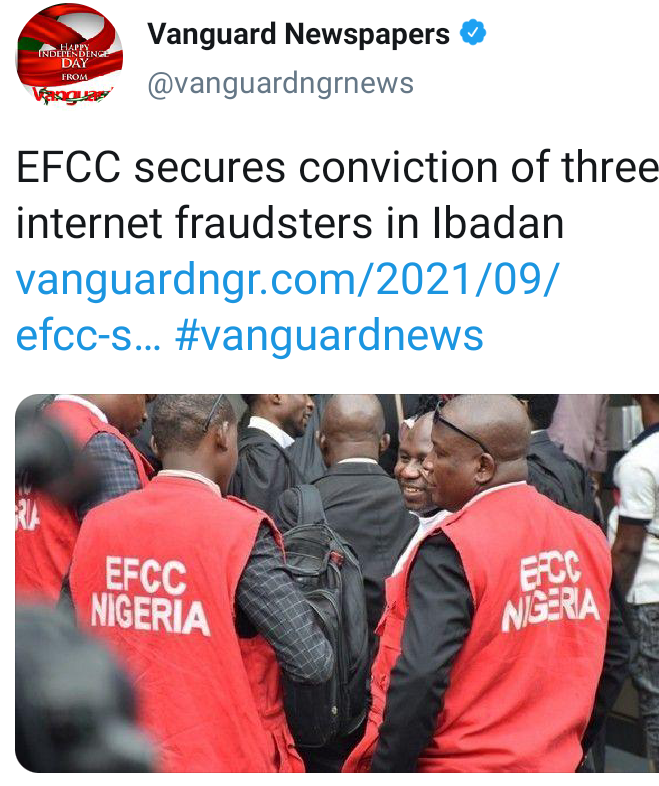 The fraudsters; Sodiq Oluasegun Adefila; Anifowoshe Babamide and Raqeed Salaudeen Segun pleaded guilty to their respective one-count amended charges for the offences which contravene Section 22 (2) (b) (i) of Cybercrimes (Prohibition, Prevention etc.) Act, 2015 and punishable under Section 22 (2) (b) (IV) of the same Act.

Insecurity: Nigerian Army moves weapons into Abuja ahead of October 1

The Nigerian Army has urged residents of the Federal Capital Territory (FCT) not to panic as it moves heavy military equipment across the capital ahead of Nigeria’s 61st Independence celebration. 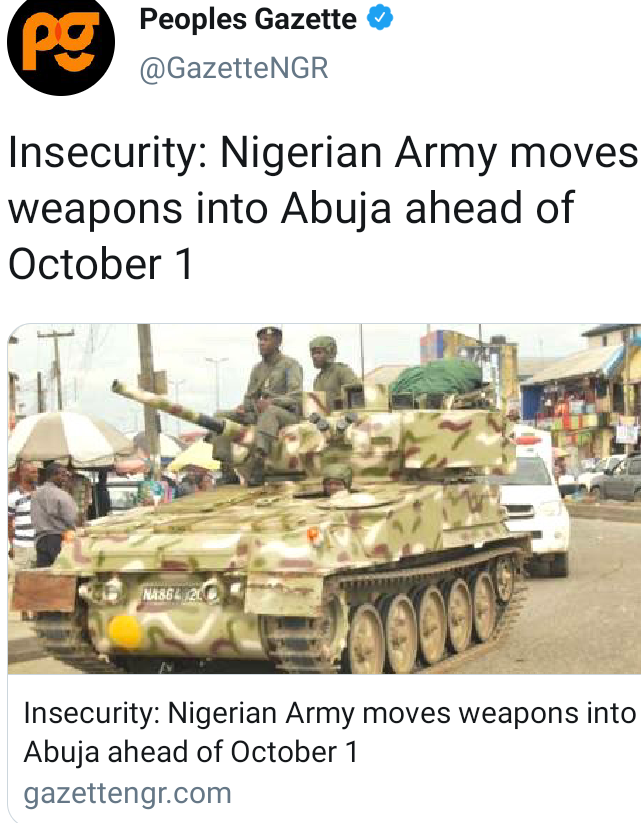 Mr Usman said there would be movement of heavy military equipment into the FCT and environs, adding the equipment would be used during the Independence Day celebration on October 1.