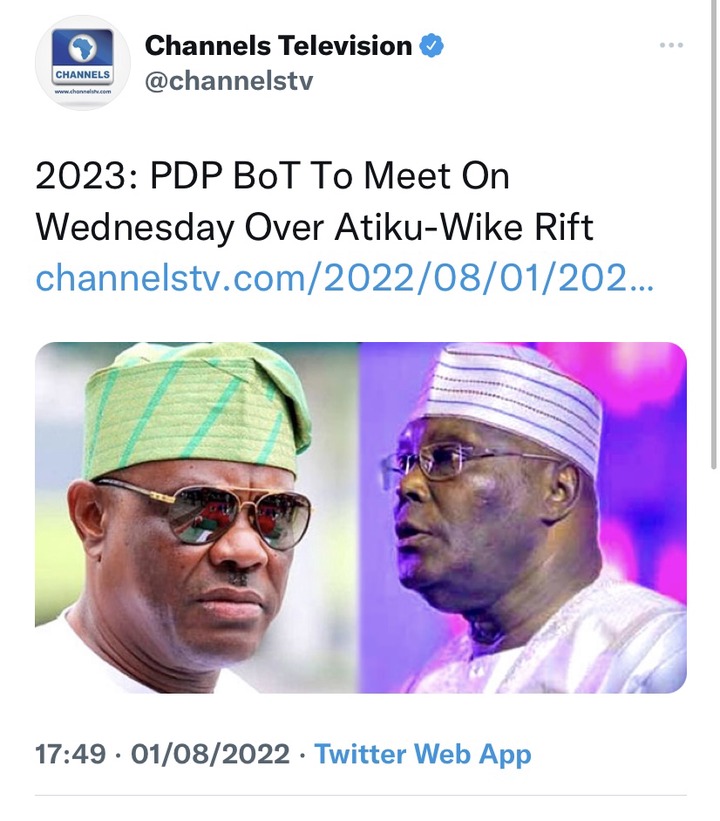 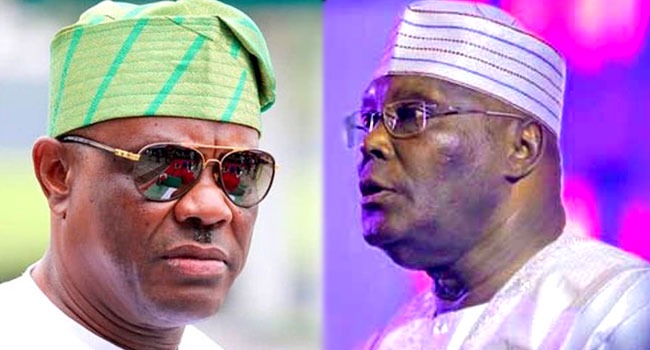 In an effort to placate Rivers State Governor Nyesom Wike ahead of the general elections in 2023, the PDP Board of Trustees will meet on Wednesday.

In a meeting with certain PDP governors on Sunday, Mr. Wike voiced his displeasure with a number of problems, including how the party selected its vice presidential candidate.

The PDP is not in a crisis, according to a statement released on Monday by Walid Jibril, the chairman of the PDP BoT, but there are some issues that need to be resolved. 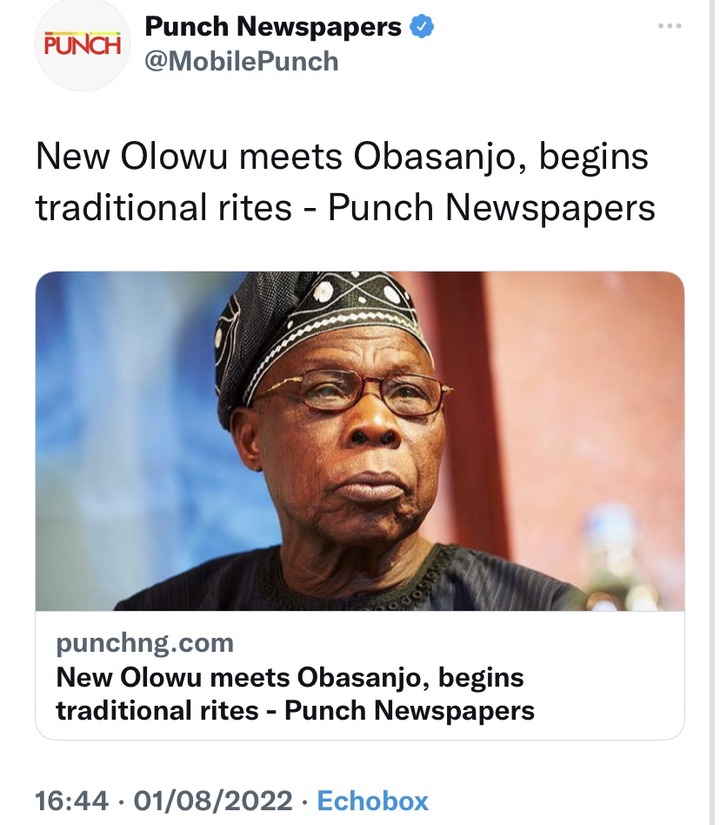 On Monday, former president Olusegun Obasanjo hosted Prof. Saka Matemilola, the recently appointed Olowu of the Owu kingdom, at his former home in Ita-Iyalode, the capital of Ogun state.

The monarch was guaranteed of Obasanjo's backing and that of the boys and girls of the Owu kingdom by the Balogun of that kingdom.

Last Wednesday, the state government gave its approval to Matemilola's appointment as the new Olowu.

Seven princes vied for the vacant seat of the Olowu after the death of the late Oba Adegboyega Dosumu, who passed away on December 12, 2021. The Owu kingmakers, led by Obasanjo, screened them all. 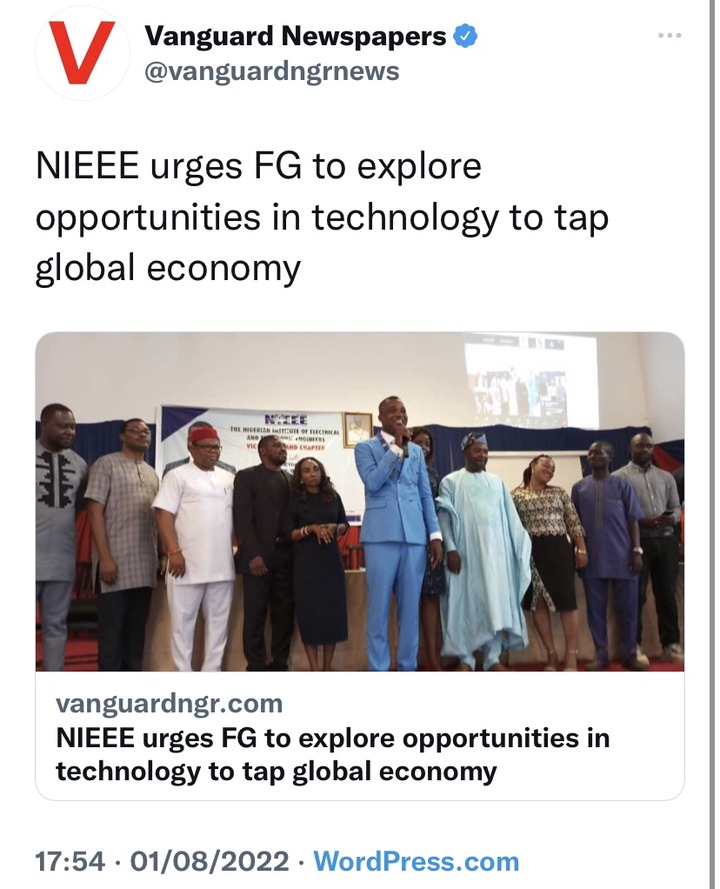 Engr. Akan Michael, FNSE, FNIEEE, the national chairman of the Nigerian Institute of Electrical and Electronic Engineers, has urged the federal government to investigate technological opportunities in order to tap into the potentials inherent in the global space for the development of Nigeria's economy. 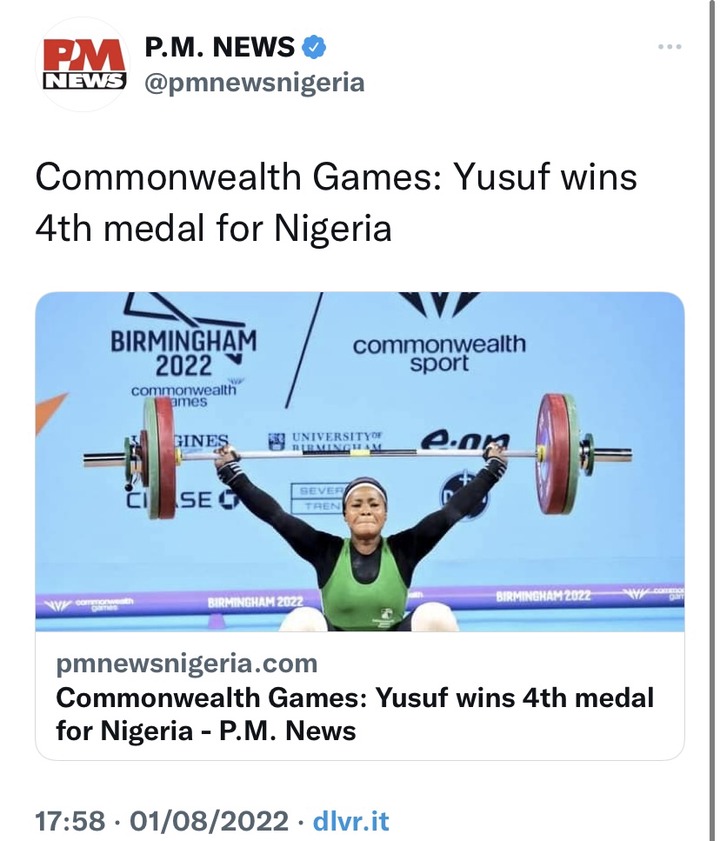 At the ongoing 2022 Commonwealth Games in Birmingham, Nigeria's fourth medal was earned by Islamiyat Yusuf on Monday.

Yusuf won the bronze medal in the women's 64 kg weightlifting event by snatching 93 kg and clean and jerking 119 kg.

Edwin Peter of Nigeria participated in the Men's -66kg elimination Round of 16 Judo competition at the same time.

Due to his 10-0 defeat to Nathon Burns of Northern Ireland, Peter was unable to continue to the quarterfinals.

Nigeria will compete against India in the men's table tennis team event semifinals.