Aisha Buhari Cup Fallout: Time For Some Tired Legs In The Super Falcons To Go

By olusolasportspedal (self media writer) | 24 days ago

The Super Falcons of Nigeria suffered a crushing defeat in hands of the Bayana Bayana of South Africa on the final day of the just concluded Aisha Buhari Cup. 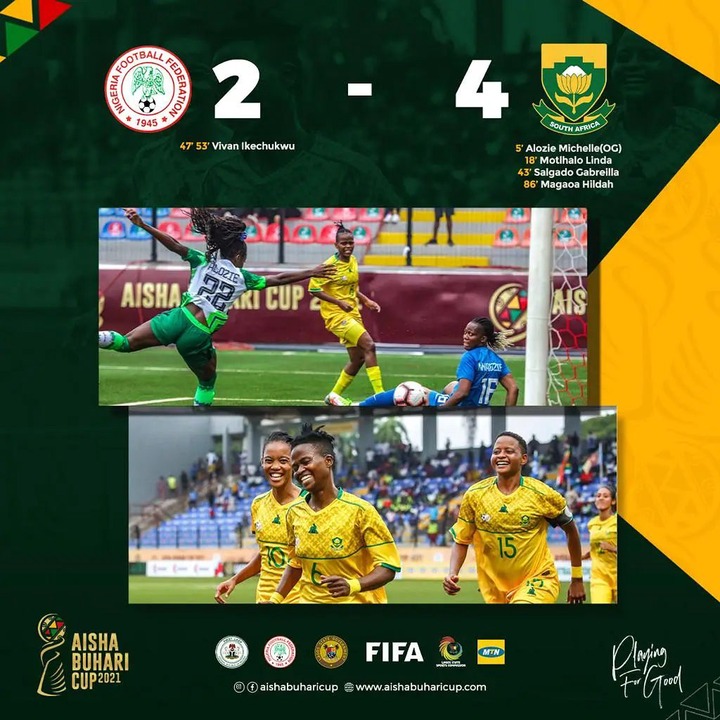 The Super Falcons playing at the newly remodelled Mobolaji Johnson Arena in Lagos, lost by 4-2 to their South African counterpart.

The result came as a rude shock to the majority of the fans as no one saw it coming that the Super Falcons will choose to lose in a final of the well-packaged event in honour of the wife of the president, in the person of Aisha Buhari. 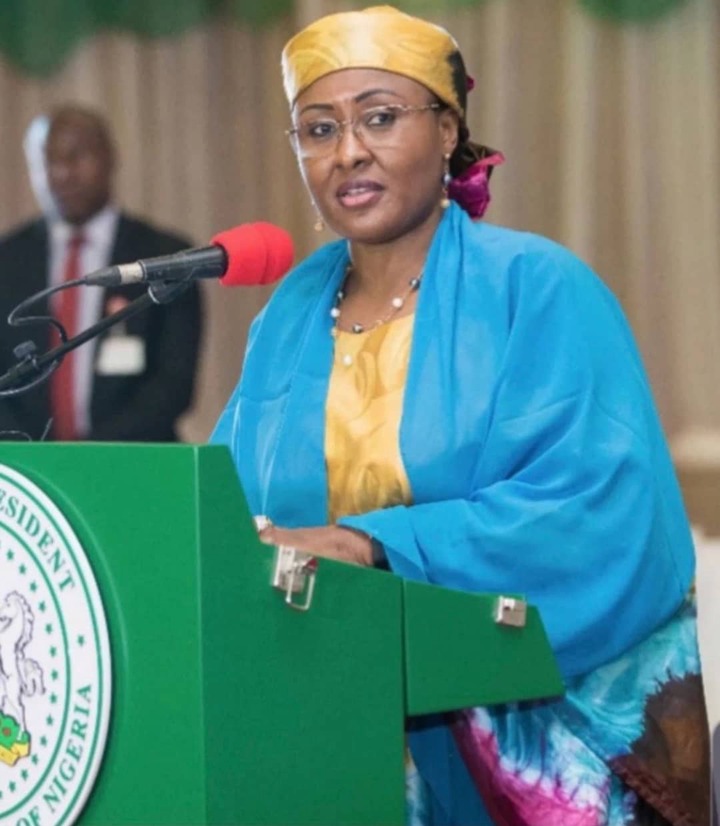 Almost everyone was disappointed, the pockets of fans that left the stadium after the Falcons went down by 3-0 at the end of the first half says it.

The defeat is a reality check on the state of the team the Randy Waldrum, the coach of the team is building ahead of the African Women Cup Of Nations and the World Cup qualifiers. 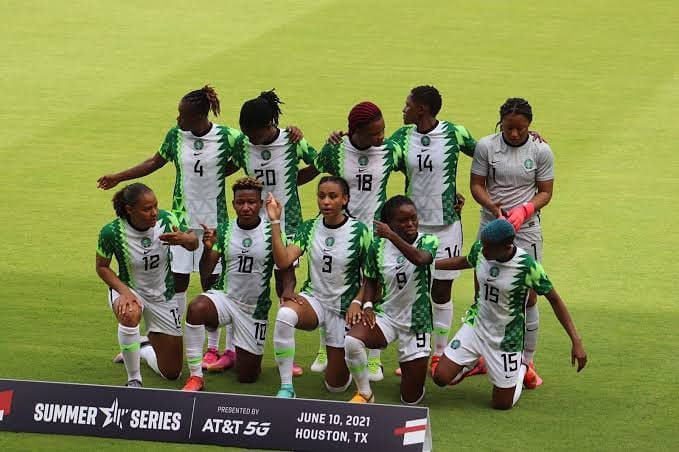 The defeat exposed the deficiency in the squad which must be quickly fixed before the team's next game which happens to be the coach's first competitive as the head coach of the Super Falcons.

The coach needs to replace some of the ageing and tiring legs in the team. Some of these older players are longer at their best and it's time the coach wield the big stick and get them out as soon as possible.

The ageing players should be replaced with younger, more effective and more mobile players. 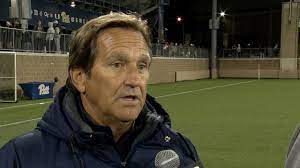 The coach needs to identify the players that are willing to give more than a hundred in terms of running and playing for the teams as most it's no longer fashionable to play with older legs in women football.

The results of the last Olympics in Tokyo says it all as Canada defeated all comers with their young squad to win the gold medal of the women football event.

The other thing the coach needs to do is identify the burden of talents in the Nigeria Women Football League, and give them an equal chance to fight for a place in the starting as their foreign counterparts. 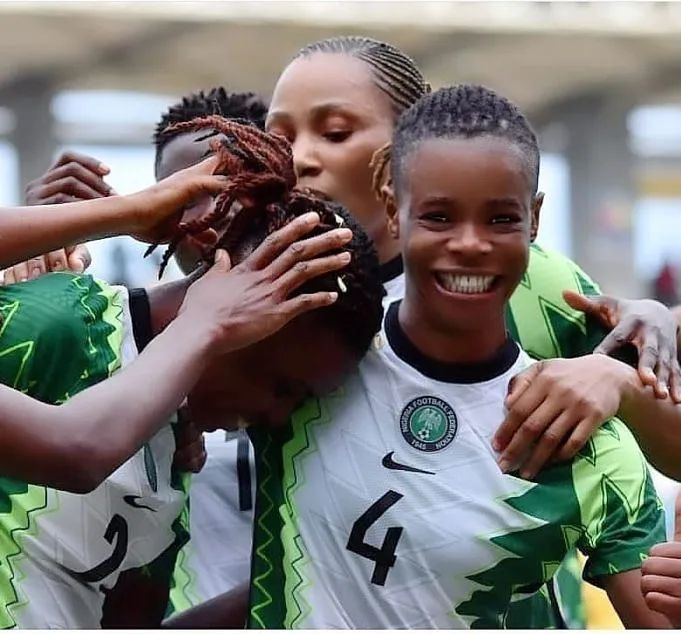 It's not a coincidence that Ikechukwu Vivian and Monday Gift, two home-based players, scored all the four goals scored by the Super Falcons during Aisha Buhari Cup but a reflection of the quality of players in the Nigeria Women Football League, hence the coach should monitor the league and adds players from the league that can help the team achieve their goals.

The coach needs to quickly get these done as soon as possible, as the team faces a tough AWCON qualifier against Ghana in the second week of October 2021.

The team must defeat the Black Queens of Ghana over two legs as failure means they will be kicked out of the AWCON before the competition starts. 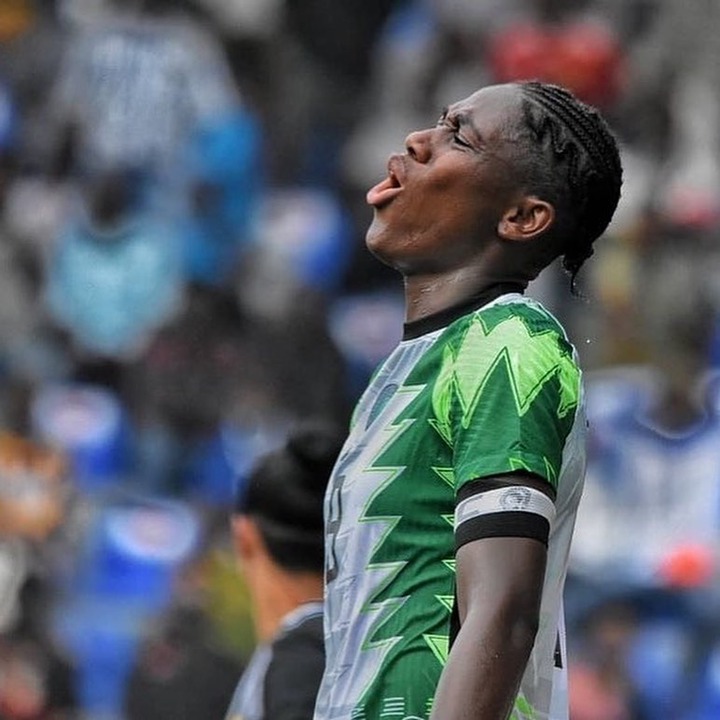 A stitch in time saves nine, though the loss in the final of the Aisha Buhari Cup is painful there is no need to cry over the loss especially that the competition is only a friendly affair, the upcoming qualifier is the real deal and the country cannot afford to miss out of the 2022 AWCON.