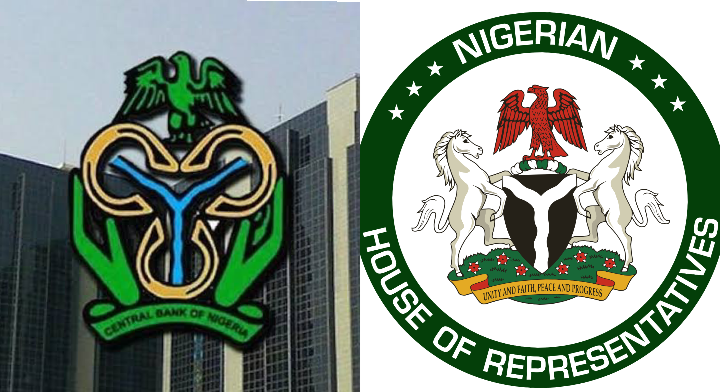 The Central Bank of Nigeria has retained the monetary policy rate at 11.5 per cent, with the asymmetric corridor of +100/-700 basis points around the MPR.

The apex bank chief said the MPC also retained other parameters, adding that its policy has begun to show results. 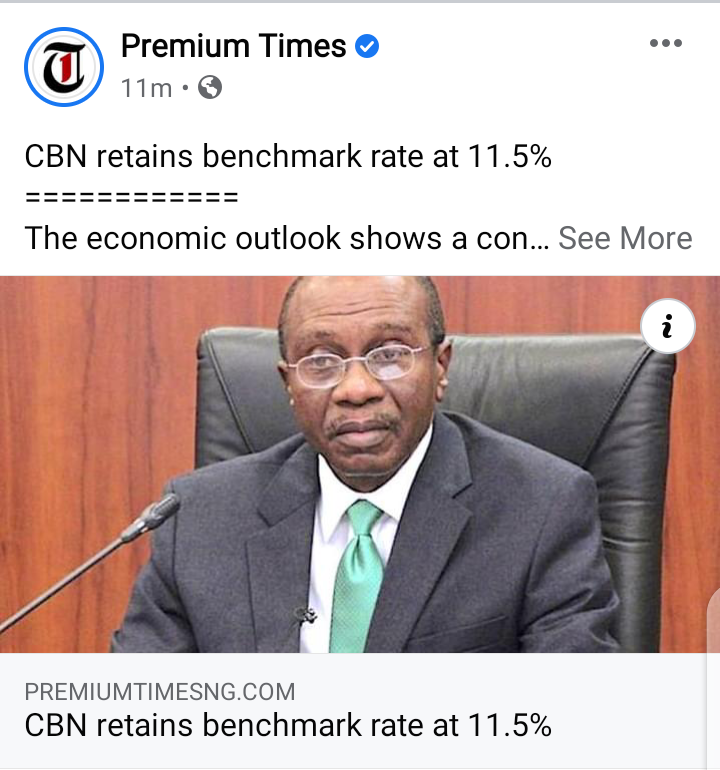 The economic outlook shows a continuous rebound in growth, amid relative stability in the price of crude oil in the international market, the bank said. The bank also said it remained optimistic about inflation rates in the coming months.

The House of Representatives has passed a bill seeking to end the dichotomy between university degrees and the Higher National Diplomas awarded by polytechnics.

The bill proposes to make it a crime for any person or organisation, both in the public and private sectors, to discriminate against HND certificate holders.

It passed the third reading at the plenary on Tuesday. 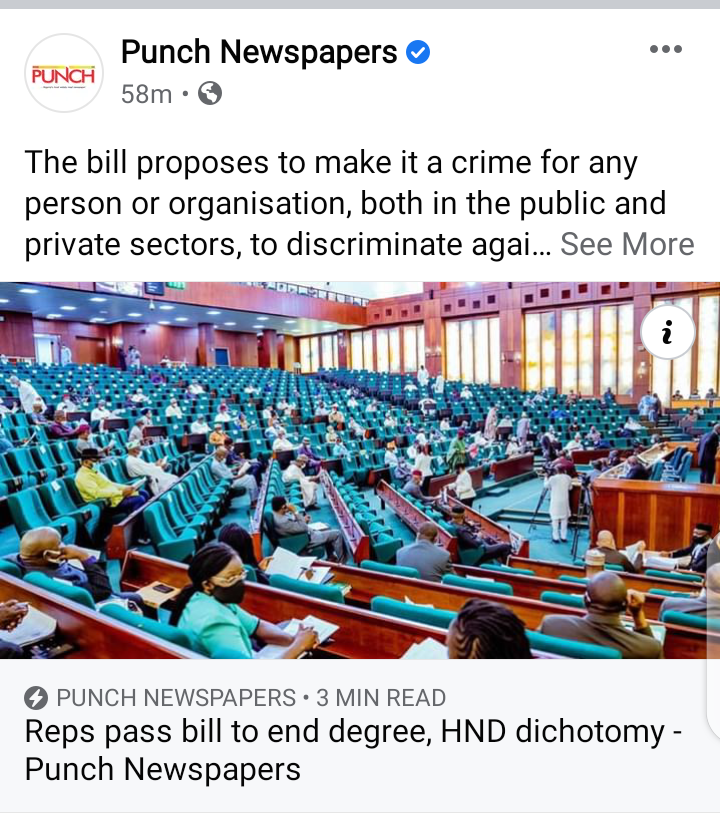 The House had on Thursday considered and adopted the report by the Committee on Tertiary Education and TETFund on the Prohibition of Discrimination between First Degrees and Higher National Diplomas Bill, 2021, as a Committee of the Whole.

The legislation is titled, ‘A Bill for an Act to Abolish and Prohibit Dichotomy and Discrimination between First Degree and Higher National Diploma in the Same Profession/Field for the Purpose of Employment; and for Related Matters.’

The Niger State Government has raised an alarm about the presence of Islamic State West Africa Province (ISWAP) terrorists in the Borgu Local Government Area of the state.

This is aside from earlier claims by the state Governor, Alhaji Abubakar Sani Bello of the presence of Boko Haram in parts of Shiroro, where it has overrun 500 communities. 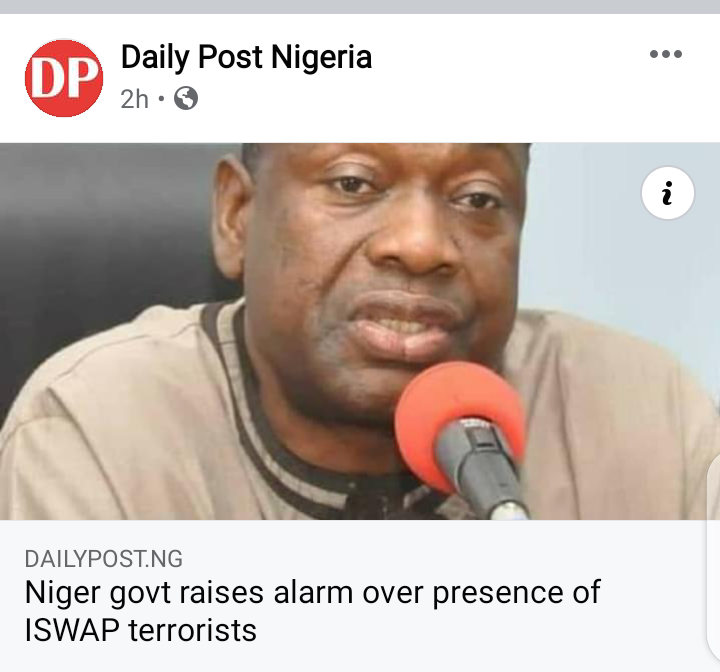 The Secretary to the State Government, SSG, Alhaji Ahmed Matane, who made the disclosure during a press briefing in Minna, the state capital, said the group is responsible for the kidnap of the Dodo of Wawa.

He disclosed that members of the group are currently trying to establish a caliphate around the Kainji National Park located in the council.

Members of the Nigerian Union of Teachers in the Federal Capital Territory have threatened to embark on an indefinite strike after their ongoing five-day warning strike if their demands are not met.

The teachers had last Thursday commenced a five-day warning strike to demand enhanced security in schools and payment of arrears of promotion benefits. 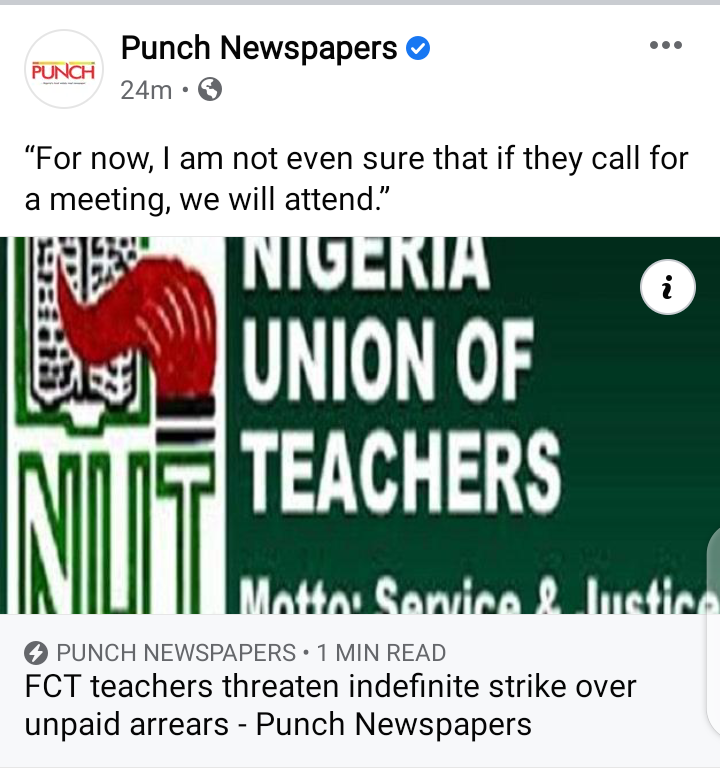 However, the FCT Minister, Mohammed Bello, on the same day, met with the FCT Chairman of the NUT, Stephen Knabayi.

While the minister promised to pay the promotion benefit arrears of the teachers before the end of the year, agreement has not been reached with the six area council chairmen.