Impression of Cape Verde in Africa

Impression of Cape Verde in Africa 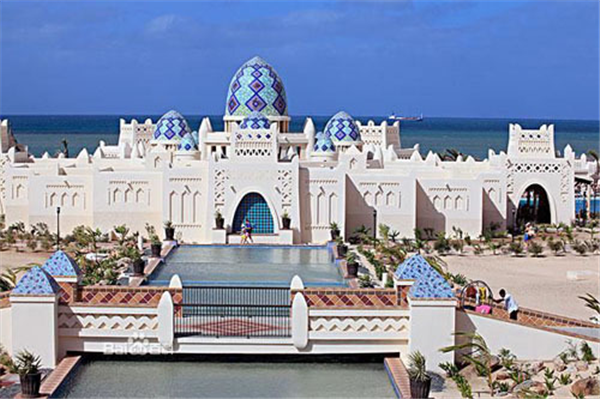 The Republic of Cabo Verde.

[Language] Portuguese is the official language and Creole is the national language. [Climate] It is a tropical dry climate, with dry and hot northeast trade winds prevailing all year round.

[Regionalization] The country is divided into 16 counties and 22 cities.

[Geography] On the Cape Verde Islands in the North Atlantic Ocean, Cape Verde (Senegal), the west point on the African continent, is more than 500 kilometers east and has a 912.5 kilometer coastline.

The economy is dominated by service industry, with output value accounting for more than 70% of GDP. Food cannot be self-sufficient and the industrial base is weak.

In 2008, Cape Verde entered the ranks of middle-income countries.

Since 2010, the government has greatly increased public investment to stimulate economic development. However, due to the lag of the international financial crisis and the European sovereign debt crisis, the speed of economic development has slowed down.

The foundation is weak, mainly in the construction industry.

Most arable land is concentrated in San Diego and San Antoine. Major grain crops and cash crops include corn, beans, potatoes, sugar cane, bananas, coffee, etc. Due to poor natural conditions and frequent droughts, it is unable to provide food for itself, and its annual output can only meet 15% of the demand.

Fishery resources in the marine exclusive economic zone are abundant and have not been fully developed and utilized. Seafood exports are mainly lobsters, tuna and other shrimps, which is one of Cape Verde's important foreign exchange sources.

Tourism infrastructure has developed rapidly. The main tourist attractions include Santa Monica Beach and Boavista Island. Among them, Monica beach is 15 kilometers long, the beach is long and the sea is clear and bottomless, which is an ideal holy place for vacation. Boavista Island is characterized by huge white sand hills and is sometimes interspersed with oases composed of palm trees. It is called "Dune Island" or "Fantasy Island" and is suitable for various water sports.

Transportation facilities such as ports and roads in the island are relatively complete.

Air Transport: There are 9 airports in the country. The A Cabral International Airport on Sal Island can accommodate Boeing 747 aircraft.

Water transportation: There are 8 ports in the country, and the largest port is Porto Grande in Mingdelo City.

There is a huge trade deficit every year.

Since the establishment of diplomatic relations, bilateral relations have developed smoothly.

In 2009, China and Cape Verde established a joint committee on economic, trade and technical cooperation. The first meeting was held in Beijing.

In 2018, the total trade between China and Cape Verde was 78.56 million US dollars, basically all of which were exported by China.

Since the establishment of diplomatic relations, China has provided Cape Verde with some economic and technical assistance. It has built the People's Assembly Hall, the government office building, the Palmarono residence, the National Library, the Monument to the Father of the Nation, the National Auditorium, the Paoyilao Dam and other projects.

China has sent medical teams to Buddha, and there are currently 8 medical personnel working in Praia, the capital of Buddha. Cape Verde visa includes transit visa, temporary visa, tourist visa, residence visa, etc. Chinese citizens can apply for visas at Cape Verde's embassy in China. You can also apply for a landing visa at Cape Verde's border entry and exit administration. You usually have to submit a valid passport, proof of origin, proof of no criminal record, health certificate and international vaccination certificate as required. In some cases, documents certifying the applicant's travel, official business or performance of the contract approved by Cape Verde's functional departments must also be submitted. A minor foreign citizen who is not accompanied by a guardian may not enter the country if he has no guarantor for civil liability in Buddha.

All ports carry out inspection and inspection of entry and exit personnel in accordance with international standards. There are no special requirements.

When leaving the country, you can bring no more than 1 million kudos (about 9,000 euros) of equivalent foreign currency cash.

No declaration is required for personal belongings brought into China.

To bring animals and plants into China, the inspection and quarantine certificate of the exporting country must be provided.

The period of stay in Cape Verde with a valid visa is generally one month, and the extension can be directly handled at the local immigration office after the expiration.

Cape Verde accepts dual citizenship, and the Immigration Bureau has strict control over the naturalization of foreigners.

The political situation is stable and the society is relatively stable.

In recent years, due to the slowdown of economic growth and the increase of unemployment rate, crime cases are on the increase. Major crimes include drug trafficking, robbery and fights.

August-October is rainy season, prone to mudslides, flash floods and other natural disasters. Travel in rainy season should avoid sections with complicated conditions.

Local tap water is mainly desalinized with seawater, in addition to some groundwater.

Most of the food is imported, and a small amount of meat, vegetables and fruits are produced. Special personnel are assigned to carry out quarantine. Food safety is relatively guaranteed. So far, no major food safety accidents have occurred.

The traffic in the city is mainly buses and taxis, and some companies also provide car rental services.

Prices are similar to those of first-tier cities in China.

Payment methods are mainly cash and bank cards, and bulk transactions can also be paid by cheque or bank transfer.

Each island has hospitals and community health centers, but there are only two large-scale central hospitals in the country, which are located on San Diego Island and San Vicente Island respectively.

Residents first go to the local community health center for treatment when they are ill, and doctors will refer patients to designated hospitals for further treatment according to their illness. After seeing a doctor, the patient needs to go to the pharmacy to purchase the medicine himself.

More than 80% of the residents believe in Catholicism.

The penetration rate of Internet and mobile phones is relatively high. 3G Internet service is provided locally, and the cost depends on the package flow.

The local voltage is 220V and the power plug is of European standard.

Content created and supplied by: KA93Lagos (via Opera News )