Kuje terrorist attack: 6 dead bodies have been evacuated from the scene by Prison officials

Six dead bodies have been evacuated from the Kuje correctional facility in Abuja according to the prison officials. 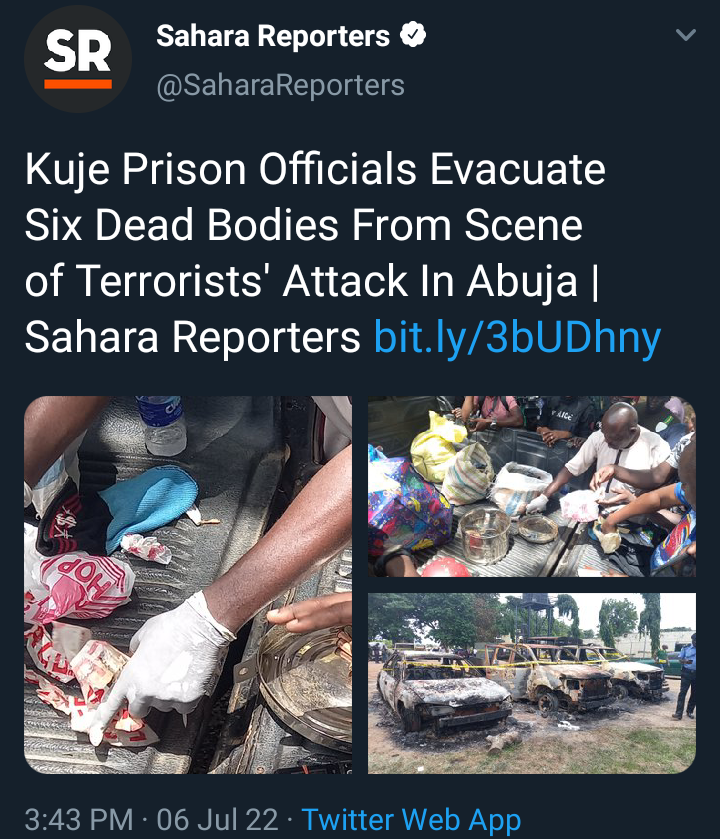 Six dead bodies were reportedly dumped on the floor of the Kuje prison premises and they were allegedly covered with blankets.

The dead bodies were loaded on the back of a Hilux truck as prison officials continue to unravel the mystery of the unexpected attack on Kuje prison that led to the escape of hundreds of inmates including terrorists. Recall that Boko Haram was blamed for the attack which left the correctional facility ruined with bullet holes following the heavy gunshots on the building during the attack.

Some reports revealed that about 100 inmates have been recaptured following the collaboration between the Nigerian police, army, and local vigilante groups in Abuja. Recent pictures coming out of the Kuje prison shows that the terrorist destroyed and burnt down vehicles around the facility during their attack. 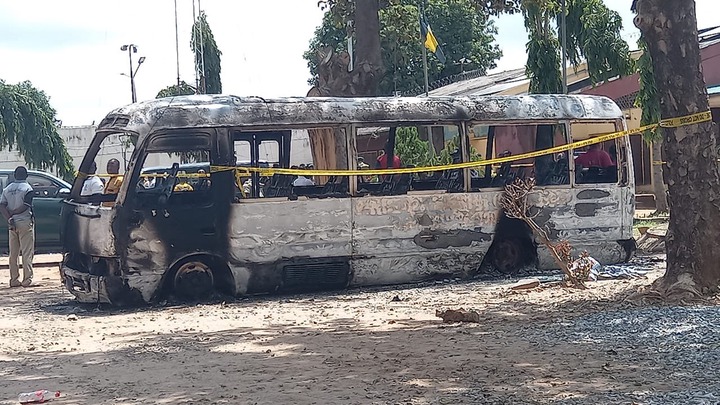 Boko Haram, ISWAP, and bandits have not taken responsibility for this sudden invasion yet as the groups are known to disclose their recent attack.