Covid-19; How The World Was Locked Down By This Virus.

By ScriptedOverdrive (self meida writer) | 14 days 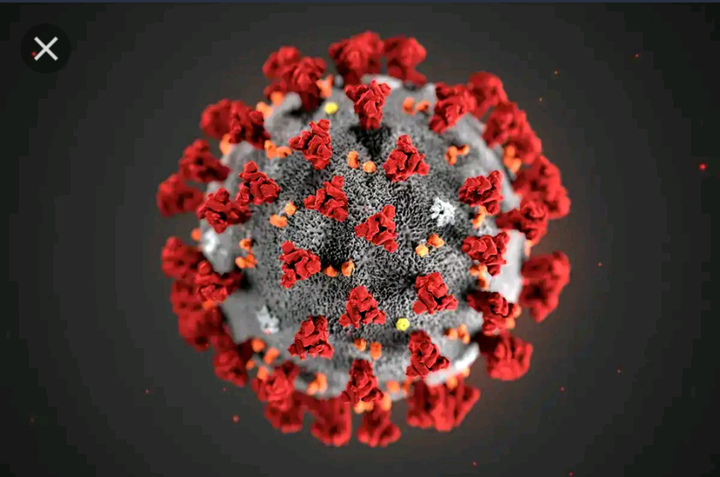 The world wasn't ready for this shock, nature wasn't informed ahead of time that her most priced possessions who she gave freedom to roam upon her soil shall be locked up in their homes all because of a virus.

Corona is a group of various viruses, each virus comes with its own symptoms and mode of infection. The most recent and terrifying of them all is the Covid-19.

Covid-19 is a virus that attacks the body's respiratory system, giving the host hard time breathing, prolonged coughing and feverish conditions. This virus is transfered as easy as just toughing or coughing, the particles of a infected person gets displaced on the body of a healthy human, if that human isn't careful enough as to use a sanitizer or a face mask, an isolation center will be the best place for at least 14 days.

Nigerians were taken by a big surprise when it was announced by NCDC that one case of the virus had be reported and the carrier was being taken care of at the Lagos University Teaching Hospital (LUTH). As if that wasn't enough, more information came to light regarding the movements the Italian man had paced before he was tested, it was discovered that prior to getting tested, he already traveled to Ogun state and there was a high chance the must have come in contact with some individuals who I turn spread the virus to others. And in not less that 3 weeks, the surge in covid-19 cases didn't seem to end. The cases continued to climb, it was almost as if the whole Nigerian Population was going to get infected someday, taking what happened to the US as a suitable example.

Not too long after the first case was reported, the Lagos Governor, Sanwo-Olu took it upon himself as a good leader alongside taking consideration some key factors in order to aid the retrenchment of the virus, stamped Curfew hours such that people were out and back home at some certain hours.

Lagosians, being the free and socially minded individuals found that hard to take in but they just had to because they knew the consequences if they didn't.

Two weeks after the lockdown and nothing much had changed with the rising case in the virus. The only thing we saw were businesses crashing because of lack of customers who were most definitely locked up at home because of covid-19 precautions. Stores were closed, food became scarce, schools closed, cinemas and other places for recreation and things became even harder.

Covid-19 has in no way been fair to anyone as things which used to be cheap anymore have become either scarce or impossible to afford. Due to lack of working people, the economy has successfully crashed and it will only take the grace of God to revive it to what it once was.

It was during this period that I felt the most left out, I couldn't go out with friends anymore, hugging people I knew became almost impossible and sneezing out doors seemed like a sin. People would stare at you with disgust and fear simultaneously once they spot someone who's having a sneeze.

It was also during this period that food became scarce as businesses crashed and people's livelihood decreased to nothing, couples with the fact that palliatives which were meant to be distributed didn't even reach any body. Unfortunately but fortunately, these palliatives were found in a hidden warehouse.

The cases continued rising, but at the same time, Nigerians became tired and started defying all covid-19 protocols. Some businesses opened which then motivated others to come out as well. As if that was not enough, the EndsSARS protests started and that was the driving force that put people out on the streets to get their voices heard.

Covid-19 has not only for stalled a lot of things, it has driven angry youths who feel they have their freedom of speech restricted to a hedge. People lost their lives in a fight for a better government.

Covid-19 has also increased the rate of domestic violence cases. Imagine a woman who leaves the house just to have peace of mind is now restricted to staying at home with her monster of a husband by one virus. This bondage has given some abusers the upper hand in letting our their inner demons towards the people around them.

Covid-19 put prospective students at a stand still. Even after a year, Schools and universities are still trying to recover from the lockdown where they had to stop all academic activities. The struggle to cover the syllabus and help out going students pass out is still very evident as students who wrote jamb early last year are still yet to gain admission into their choice universities.

The effects that Covid-19 has had on nations around the world is really devastating, notwithstanding how many Nigerians are still trying to pick themselves up from the ruins they were already trying to fix before the virus hit.

It has been the most stressful year for everyone, not being able to see friends and loved ones, amongst other restrictions. However, it is safe to say that we have finally over come this grievous menace that reared its ugly head in the lives of billions. It's finally time to take a stand and rebuild ourselves again.

Meanwhile, do well to also continue to practice your covid-19 precautions, the virus is still out there. Better safe than sorry.