By Hamzation (self media writer) | 16 days ago 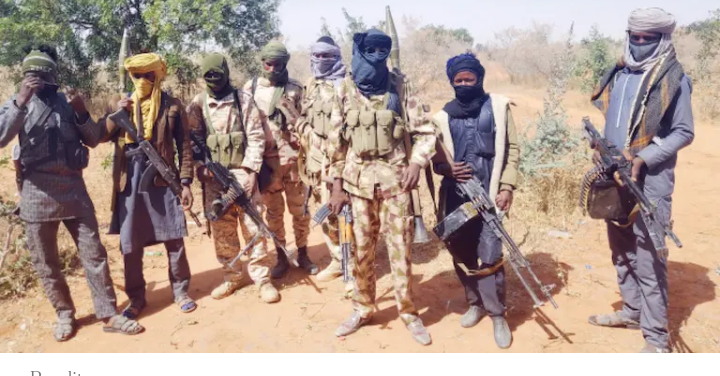 Gunmen have invaded Shika village in Giwa Local government area of Kaduna State and kidnapped the wife of a staff member of Nuhu Bamalli Polytechnic and the couple’s three children.

A vigilante source said the suspected bandits invaded the village at about 11pm and went to the house of their target without any shooting.

He claimed that as soon as the incident occurred, guys from the vigilance group in the surrounding villages were informed and they promptly blocked all the exits.

The source claimed, "We barred the villages of Karau Karau and Sako from leaving, and afterwards, as the bandits began shooting at us, we engaged them in a gun fight.

However, we were able to overwhelm them and drive them away, causing them to flee into the nearby bush. One of the captives, a little girl, was left behind by the bandit when they fled.

Assailants broke into the home of Mallam Isa Umar, who works in the estate department at Nuhu Bamalli Polytechnics Zaria, and kidnapped four members of his family at around 11 p.m., according to Zubairu Alhassan Zico, council chairman of Giwa Local Government Area.

He praised the enormous effort made by the vigilantes while pledging that the council will increase security monitoring in the region to save the victims.

He claimed that security personnel had been searching bushes for the victims.

According to daily trust, Mohammed Jalinge, the public relations officer for the Kaduna State Police, did not answer calls or texts, making it impossible to get in touch with him.