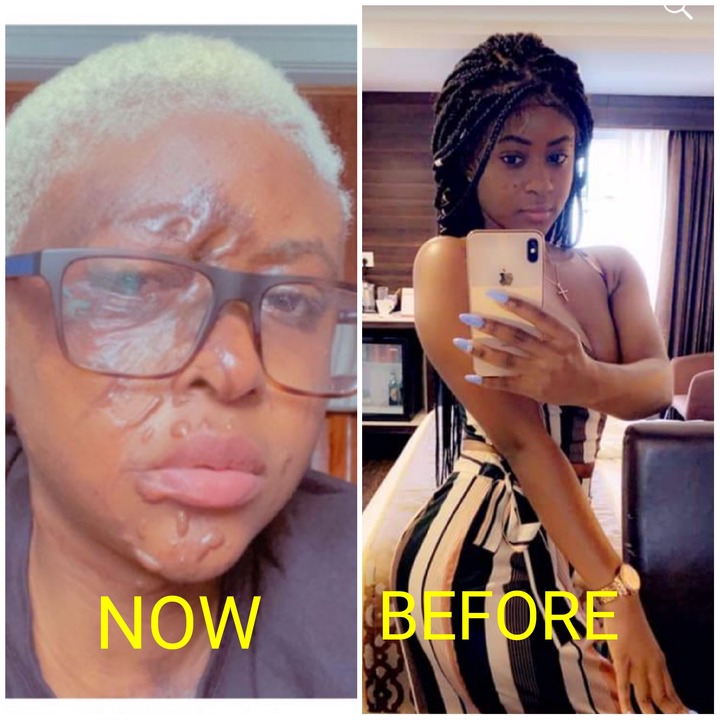 A pretty lady on facebook has written the sad story of what happened to her on the 2nd of may, 2020 when a jealous woman paid some people to pour acid on her beautiful face.

According to the information she gave, she made it known that a woman in 2019, whose name was given as Nora Mesumble contacted her as a client and told her she wanted to get some products from her store and due to this, she gave out shop's address to her and she started patronizing her by buying her products frequently and all those times she do come to her shop, the lady do try to bring out some topics that is not related to her business and due to that, she won't respond to those topics. 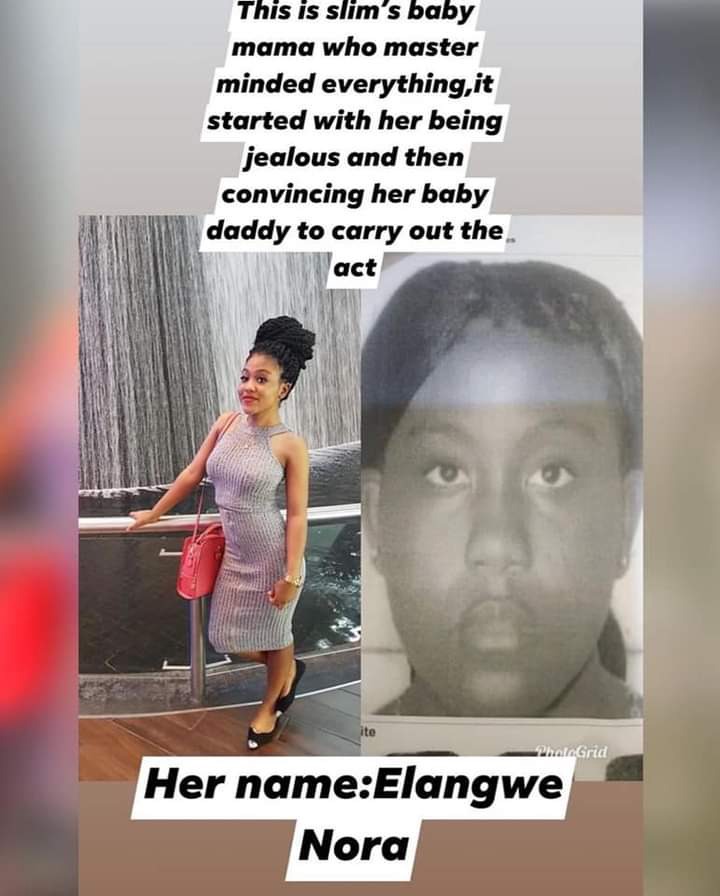 Some days later, Nora texted the victim and told her that she just got to know that they both live in the same community and that, she should send her house address to her, as she will like to come visit her, as the victim, whose name was given as Gi Sylvie started becoming uncomfortable and due to this, she told her that she was not always around and that, whenever she is around, she will let her know.

After this, Nora started feeling that Sylvie was ignoring her, as she opened a fake facebook account and started insulting the victim (Sylvie) and her family members, calling them ridiculing names and due to this, people started asking her questions about the Facebook posts been made against her, if she knew the person, but she told them she doesn't who the person was, even though she already knew it was Nora. 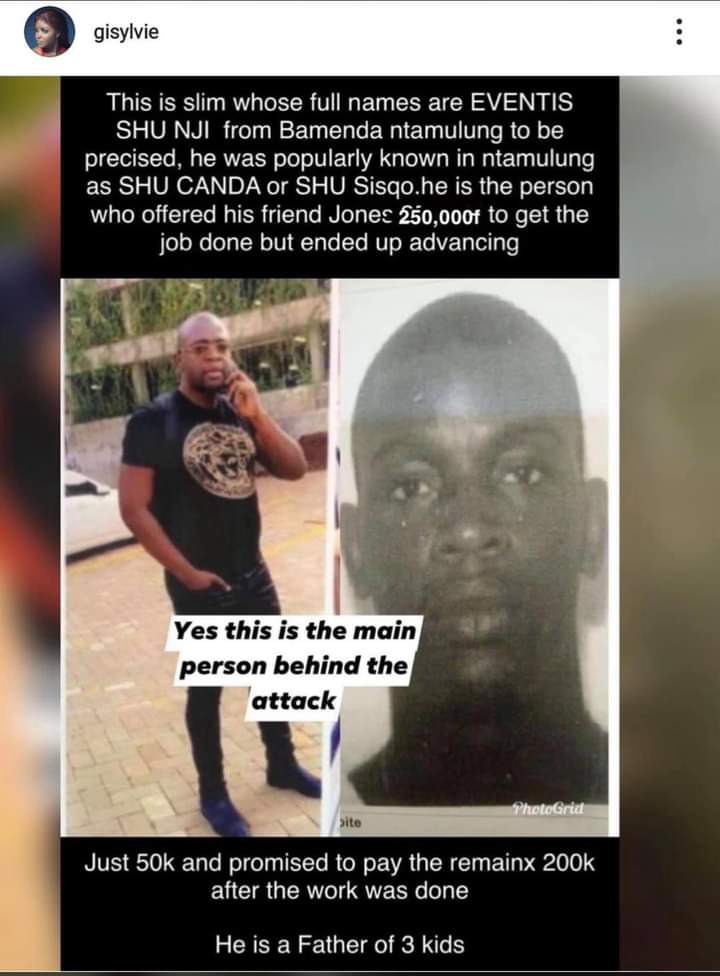 After sometime, another person walked up to her and told her that Nora was behind those facebook posts and she still pretended as if she doesn't know anything about it and after this, she contacted Nora's baby daddy and told him to help her warn his baby mama to stop all what she was doing to her on Facebook but, Nora didn't stop.

However, due to this, Sylvie also posted Nora's picture on her timeline and said ridiculous things like she said about her and when Nora saw this, she showed her baby daddy and told him that, she (Sylvie) is posting insulting things about her on Facebook because, she wanted her (Nora) to join her fraternity, so that she can start making money like she is making money, but she rejected it. 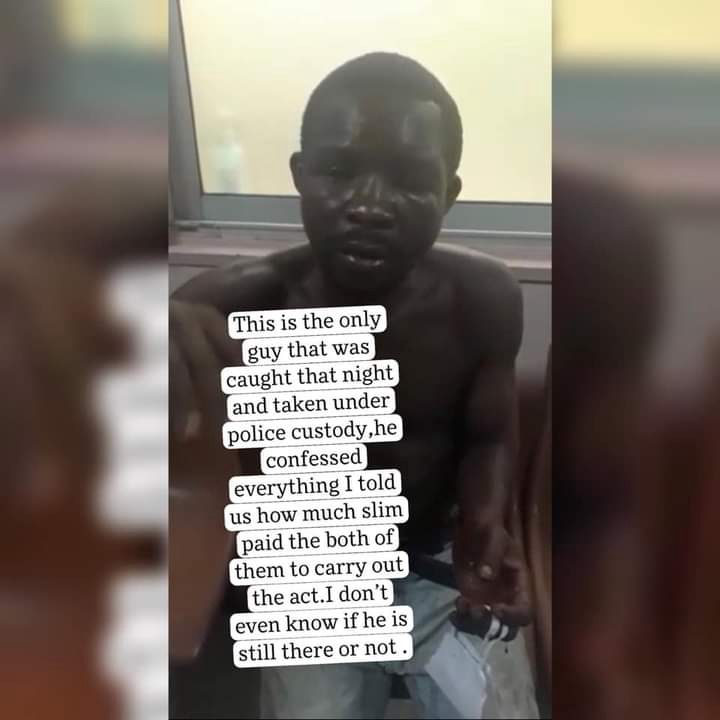 She further told her baby daddy that she opened the fake account and started insulting Sylvie because, she was threatening her to join her fraternity to start making money like her and that, Sylvie is threatening her because she thought she was beautiful more than her.

After this, they both planned to spoil her face by contracting two guys, Eventis and his friend who poured on her face on the 2nd of May, 2020, as the acid burnt 15% of her body including her face, chest, and hand, as one of the guys who poured acid on her confessed when he arrested, even though the mastermind of the attack and her baby daddy are still on the run. 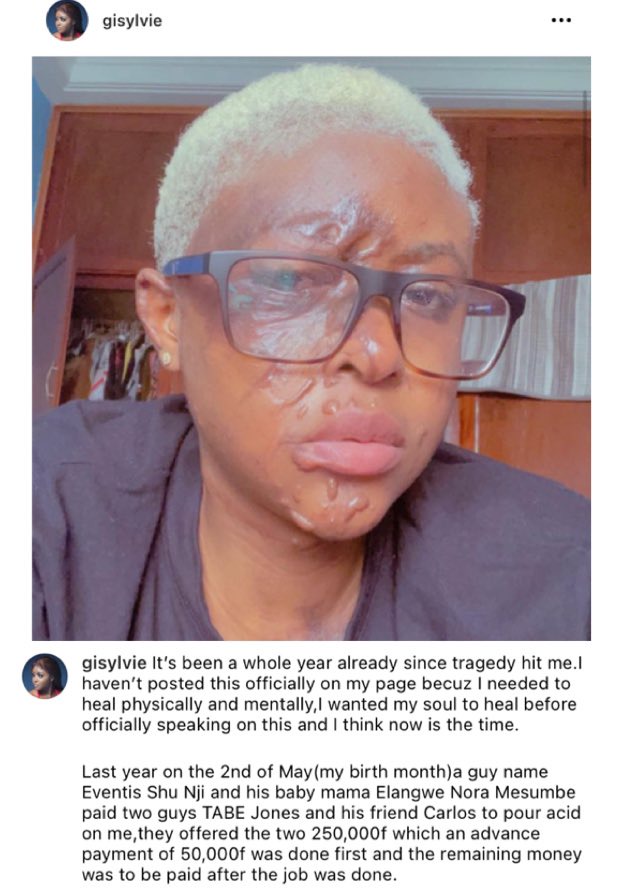 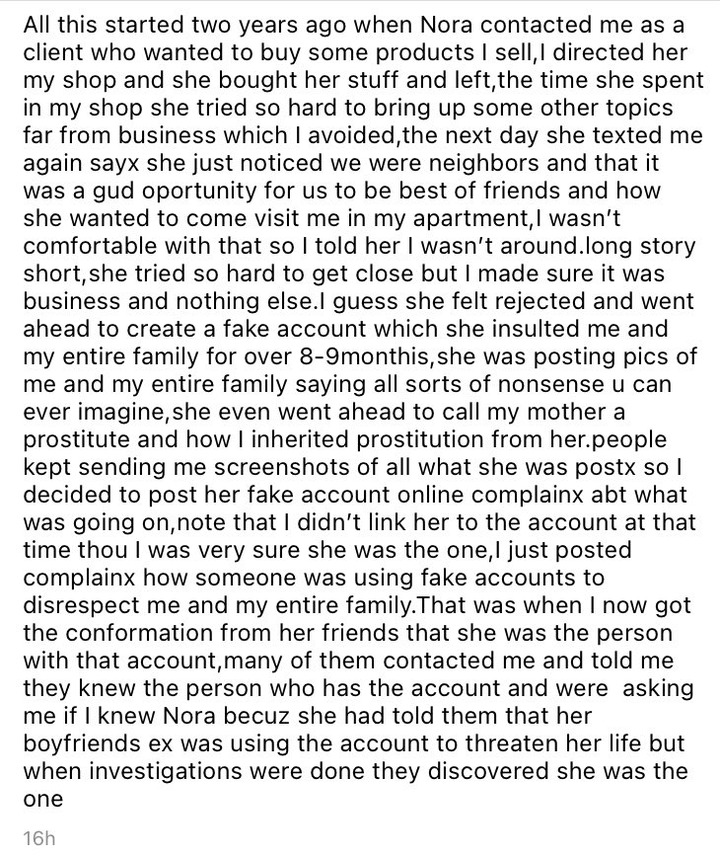 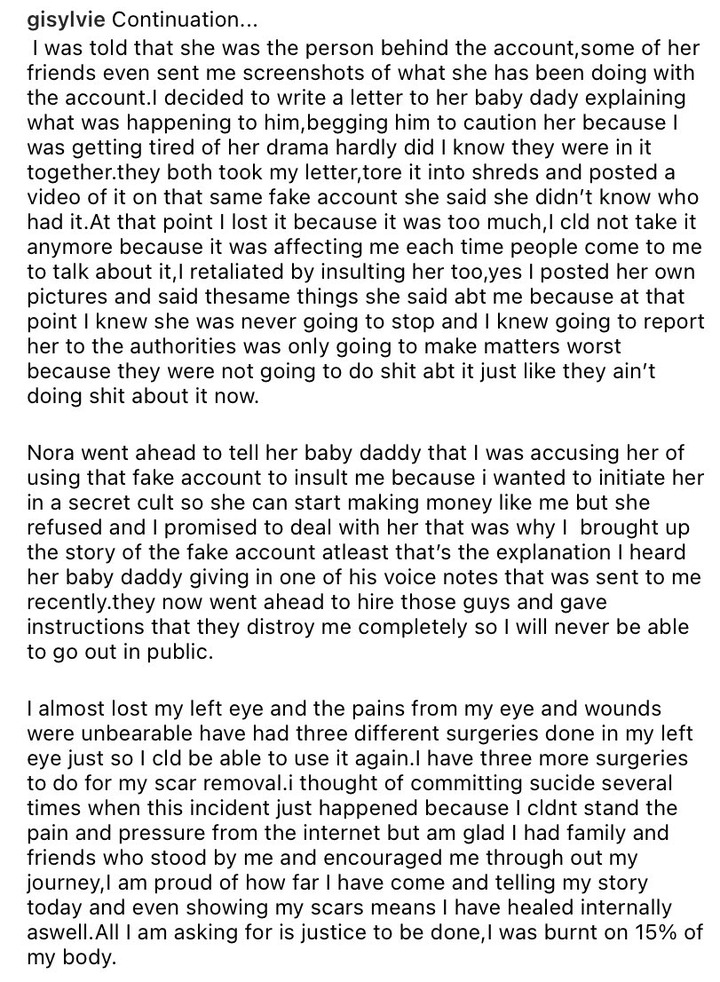 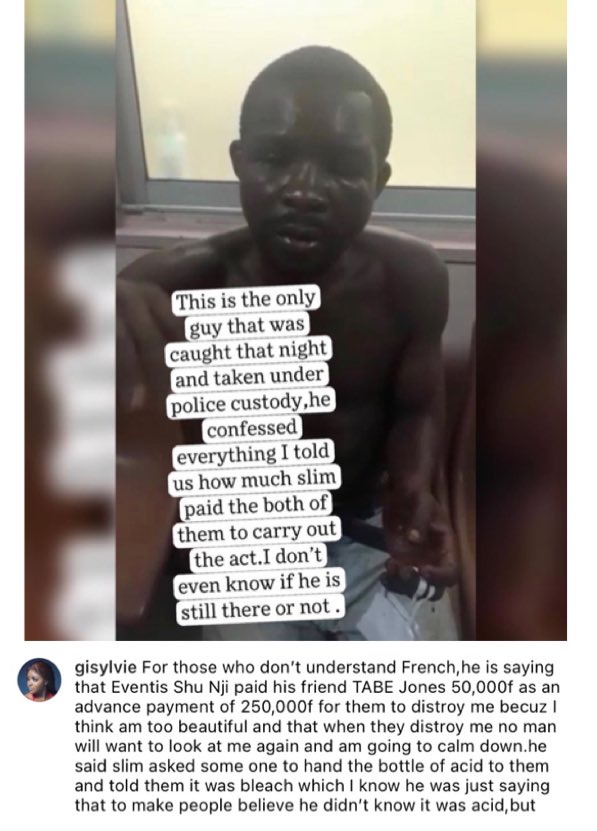 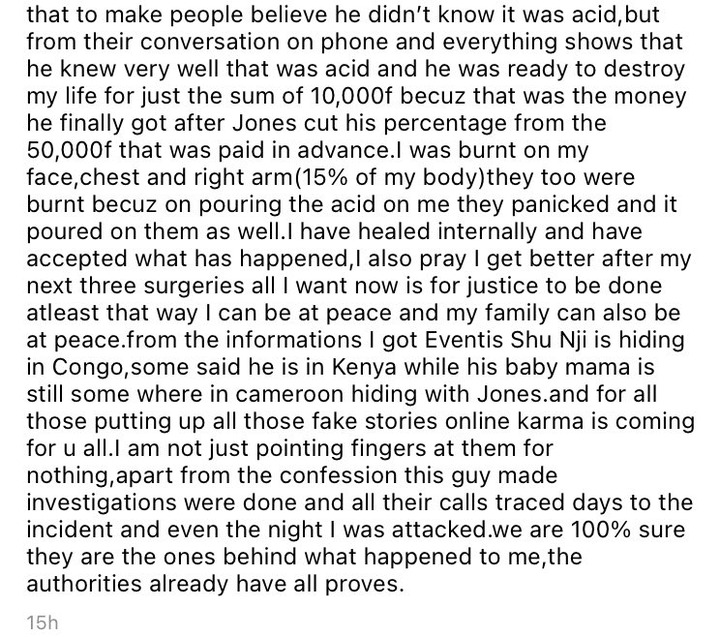