By Judymoz (self meida writer) | 9 days 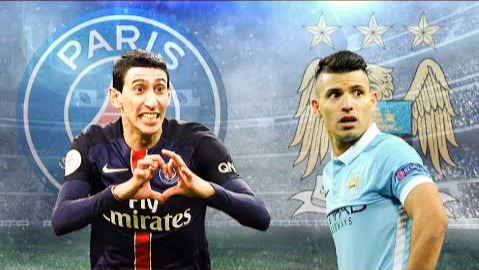 Since around November 2020 till date, Man City has been the best team and one of the favourite to lift the Champions League. Pep Guardiola's side have only conceded 0.57 non penalty expected goals per march played. Chelsea is second with 0.74, while PSG in placed on 25th with 1.06.

Being the favourite to win the Champions League, here are three things that must happen if Man City wants to win PSG and the tittle.

Pep Guardiola is one of the best manager in the world, and yet he hasn't lifted the Champions League title since 2010-2011 season. Since then, he has been in series of shocking defeats to the likes of Chelsea in 2011-2012. He also lost to both Real Madrid and Barcelona when he wass still at Bayern Munich. During last year's quarter final, he also lost shockingly to Lyon.

Pep's men did played at their very best, but due to the trepidation on Pep's side, he always set his team up to up to take maximum control of each match. He often start Ilkay Gundogan, Rodri and Fernandinho which have always cost him, like against Liverpool and Lyon.

More goals are needed if Manchester City wants to advance to the finals. Despite having to good strikers, they both don't play in big matches. Sergio Aguero who is a legend, has been out all season due to injury. Gabriel Jesus who is next to him, is not in Guardiola's favour and have only played few matches in the Champions League. But Guardiola relies on Raheem Sterling, Riyad Mahrez, Phil Foden and Bernardo Silver who are no recognized strikers.

Now the workload falls on the shoulders of the midfielders Kevin de Bruyne and Gundogan, to create chances and make it happen.

City has been great in the back line, and they don't often concede much. But building the backline on John Stones and Ruben Dias is not enough. Thou Dias has turned out to be an inspired player, not John Stones. He was almost out of Pep's players last season, and he only played 16 matches in all competition and once in the Champions League.

On the arrival of Dias, Stones was set as the first choice while players like Fernandinho, Laporte and Ake were left on the bench. But the the pair of Dias and Stones just don't rise up to the biggest moments. Nevertheless, they have to be impeccable because City's defence rely solely on the duo.

Opinion: why Chelsea midfielder Ngolo Kante should be the Ballon d'or winner this year.

The Top Goalscorers Of Each Calendar Year - Will Lewandowski Win His 3rd Consecutive Award?