By Harfoofficial (self media writer) | 25 days ago Brazilian international and prolific defender, Cristiano da Silva was in action yesterday for UEFA Champions League debutant FC Sheriff in their second game of the Group D against Real Madrid at the Estadio Santiago Bernabeu.

The Moldovan club were very decisive and determined as they made it two wins in two games in the competition so far which as such placed them at the top of the table. 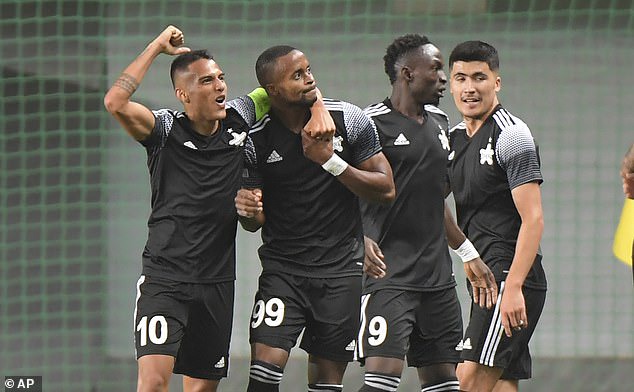 The Champions League newcomer defeated Shakhtar Donetsk two goals to nil in their opening game of the campaign and they repeated the same energy to beat the 13 times Champions of the competition, away from home yesterday with a two goals to one scoreline at full time.

Cristiano da Silva has been phenomenal for the Yuri Vernydub's side as he created a brace of assist that inspired them to a 2-0 win in their campaign opener, and yet again created another one against Real Madrid yesterday to gave his side the lead. Djasur Yakhshibaev put the visitor ahead in the first half after been assisted by Cristiano to make it one nil before Karim Benzema levelled via penalty, as he put the ball away from the spot to make it 1-1 in the second half.

The visitor earned the whole three points of the game with a late winner from Sebastien Thill to make it two goals to one at full time. 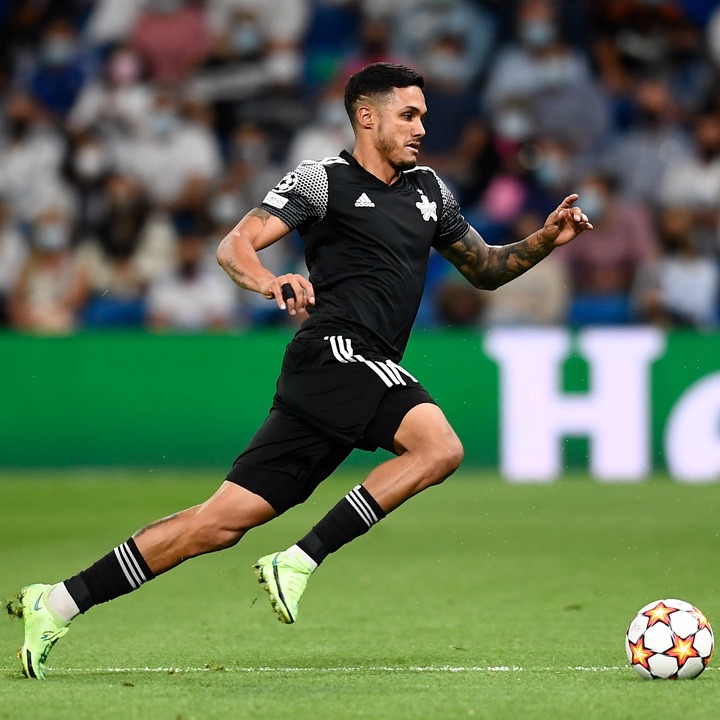 After the game, European football governing body known as UEFA has reacted with a post via their verified twitter handle.

UEFA posted to reveal that the 28 years old Brazilian left back has now recorded 3 assists in his first 2 Champions League games for Sheriff and still counting. 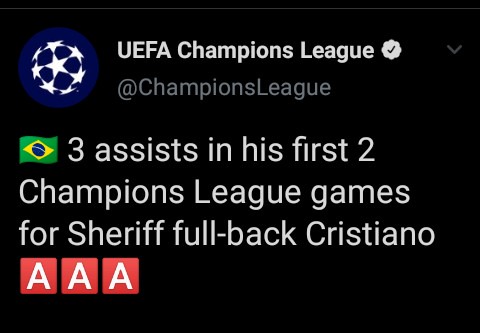 Cristiano da Silva with his brilliant run of form so far will now be optimistic to keep the form going in their next fixture, so as to continue helping the team in their pursuit.