Men To Be Recognised As Rape Victims As Senate Approves Bill 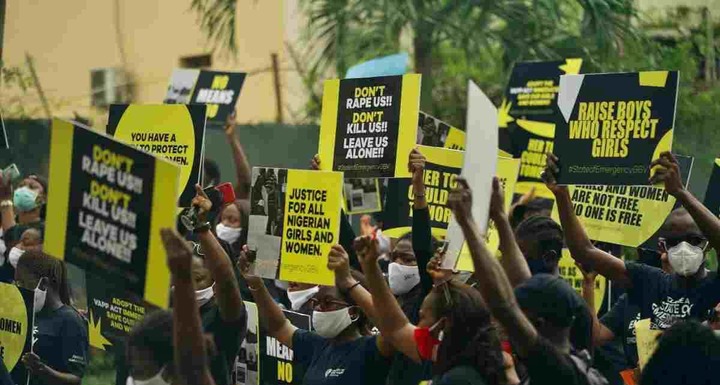 The Senate has passed a bill that would recognise Nigerian men as victims of rape.

The Bill removes gender restrictions on the offence of rape by explaining that both males and females can be sexually assaulted. And this includes where any male or female intentionally touches another person sexually without his or her consent.

Also, the Bill now holds that anyone who is accused of rape can be prosecuted any time the matter is taken to court.

It increases the punishment for anyone found guilty of the offence of kidnapping from 10 years to life imprisonment.

The bill passed third reading on Tuesday after a report on it was presented by Opeyemi Bamidele (APC, Ekiti Central), chairman of the committee on judiciary, human rights and legal matters.

If the bill is passed into law, men can sue women for alleged sexual abuses

Mr Bamidele said: “The bill will address lingering issues starting with statute of limitation in the prosecution of rape and as well as defilement cases and it will curb the menace which has been on the rise.

“That the statute of limitation has been omitted from the violence against persons act 2015 which is the prevailing law of the subject matter.

“The bill seeks to amend the criminal code act of 1916 and not that of the states. The bill when enacted will apply to the federal high court.

“The senate committee on judiciary, human rights and legal matters to which this bill was referred, having considered same, recommends as follows; that the Senate pass the criminal code act CAP C38 LFN 2004 (amendment) bill 2020.”

The bill will be sent to the house of representatives for possible approval and thereafter forwarded to President Muhammadu Buhari to sign it into law.