Check Out 5 Key Benefits Of 'State Of Emergency'

By eFactor (self media writer) | 9 days ago

A state of emergency is a circumstance in which government authorities determine that there is a threat to the safety of the citizenry. It is usually ordered if there is a high level of insecurity, political crisis, pandemic, civil disorder, and natural disaster.

The picture below is used to illustrate the story 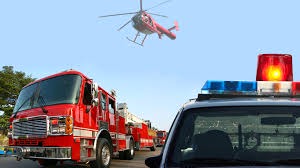 Interestingly, governments at local, state, and federal levels can authorize the state of emergency. But, in Nigeria, only Federal Government is empowered constitutionally to institute the order.

Also, while declaring emergency rule, the government is granted a temporary suspension of constitutional laws and funding for community aid, including restricting normal freedoms by instituting military law, state of siege, etc.

In Nigeria, Olusegun Obasanjo once declared the state of emergency in Plateau and Ekiti States over insecurity and subversion of the democratic process respectively. Goodluck Jonathan also declared the order in 3 northern states over terrorist attacks.

A possible state of emergency declaration in Anambra revealed by the Minister of Justice, Abubakar Malami on Wednesday has continued to stir mixed reactions among prominent Nigerians and socio-political groups in the country.

Even though it was later debunked by Anambra State Governor, Willie Obiano while speaking at the State House after briefing President Buhari about Malami's comment. 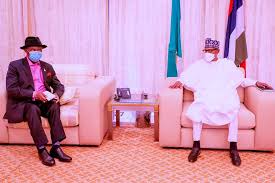 Obiano who described the remark as an unfortunate one said it is not the idea of the President for the state. He said the recent insecurity in the state doesn't vouch for such measure as claimed by Malami. And that the governorship election scheduled to hold on November 6 would go on as planned.

However, the controversial issue took another twist on Friday as Minister of Information and Culture, Lai Mohammed backed his counterpart even though FG had earlier ruled out such measure in Anambra.

As an instance, all 36 state governors in the country once resolved to declare a state of emergency on rape and gender-based violence against women and children.

In this article, you are going to read about benefits one could see if the emergency rule is declared by the federal authority. These are adapted from a report published by MilitaryBenefits. 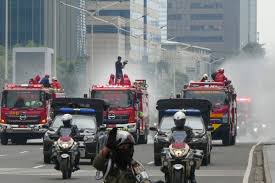 1. Government would, of course, guide citizens to help manage the crisis, be it insecurity, health crisis, etc.

2. Distributing food and resources to the affected state or region. Humanitarian services from local and international entities might also supplement government efforts.

3. Dispersing equipment and property for relief efforts. Humanitarian efforts might also come from individuals or groups.

4. Providing emergency shelters or ordering evacuations where necessary is another great benefit that may come with the emergency rule.

5. Imposing military law, especially where there is social disorderliness and insecurity.