Opinion: Saga And Nini's Eviction And How Their Relationship In The House Contributed To It

Anita Singh (aka Nini) and Adeoluwa Okusaga Oluwapelumi (aka Saga) were both evicted in tonight's eviction exercise from the big brother house after they failed to gather votes more than the other nominated housemates. As given by the viewers voting results, Saga came out with the least votes with just 1.95%, followed by Nini who gathered 2.16% of the votes. Furthermore, Queen who gathered 9.08% of the votes was also evicted from the show. 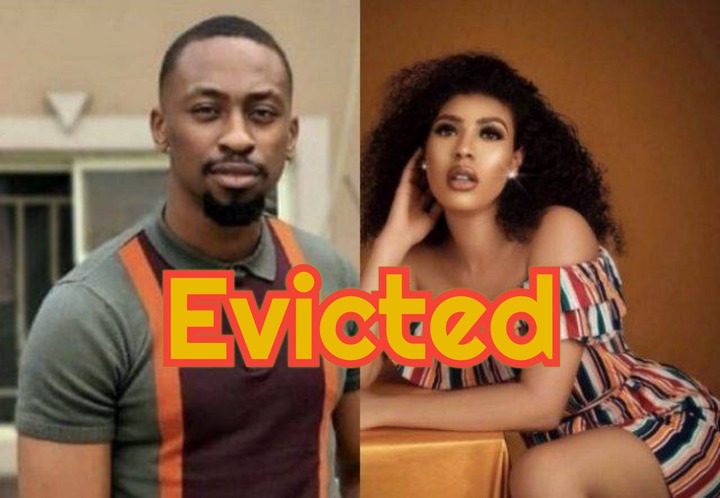 Sadly, looking at the voting difference between Queen, Nini and Saga it says a lot about what the viewers feel about Saga and Nini. Queen has a vote difference of 6.92% when compared with Nini, this means that even the addition of both Nini's and Saga's votes multiplied by 2 cannot match up with Queen's votes, and that is indeed worrisome.

Does this mean that Saga and Nini were not giving viewers the right contents to gain their love and votes? This is likely so because if they had been giving the right content, it would have reflected in their votes even if they would later end up being evicted, just like we have seen tonight.

As we could see with Queen's vote, she had 9.06%, that was high but not enough to get her from being evicted. Saga and Nini's votes were extremely poor and that could be that they lost viewers love and consequently votes. 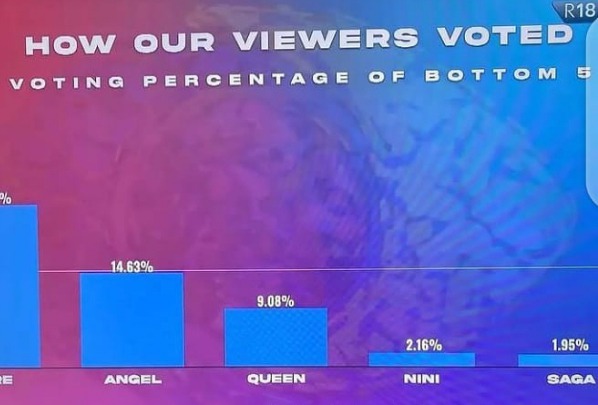 So, what could have contributed to this poor number of votes recorded by Saga and Nini?

In my opinion, I believe their relationship in the house had a negative impact on their appeal to the viewers. As we all know, Nini has a serious boyfriend outside the house, but Saga kept professing his love for her, something many Nigerian viewers do not generally accept. Most Nigerians treat relationships sacredly, and they do not usually support any relationship that has a third party. Saga was indeed the third party, and Nini was not ready to give her relationship with Saga a definition. 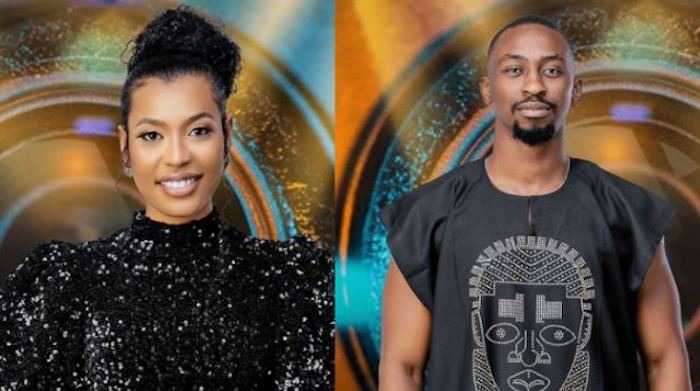