By Contii (self media writer) | 9 days ago

It's going to be an entertaining match between Liverpool and Arsenal this weekend as they will be fighting for the top 4 position. Arsenal have been impressive this season after playing nine games without defeat in the English premier league. Jurgen Klopp's boys will be hoping to bounce back to winning ways after losing to West Ham United in their last Premier League match. According to reports, Liverpool will be playing without one of their best player Mane due to injury.

Mane sustained Injury while representing his Country Senegal in the International break and he will be missing the match alongside Firmino.

After Arsenal recorded 9 games without a defeat, Arsenal players have been compared to Liverpool players but checking their current form and old form, no Arsenal player can enter Liverpool's first eleven team under Klopp this season. 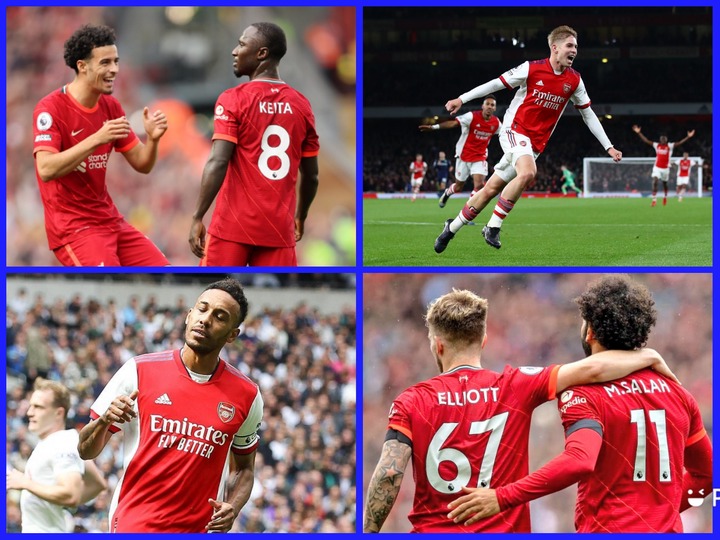 Jurgen Klopp have one of the best team in this season English premier league and with this current squad, no Arsenal player will break into the first eleven team. Liverpool have been outstanding from the goal keeper to the defense and let's take a look at each Arsenal player from Ramsdale to Aubameyang.

Alison Becker remains one of the best goal keeper in the world right now. The Brazilian International have been impressive for Liverpool this season and with his experience and performance so far, he is better than Ramsdale.

Both goal keepers have the same clean sheets this season but Alison Becker have played more games than Ramsdale. Despite that form, no coach will pick Ramsdale ahead of Alison Becker in his team. 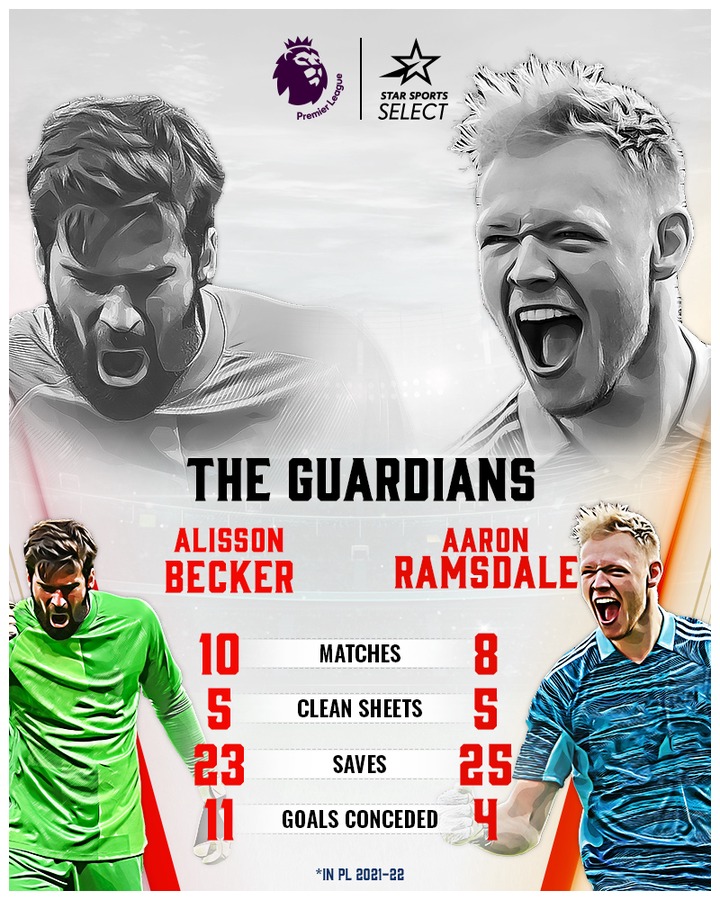 Liverpool have one of the best defensive line in this season English premier league. Klopp have experience players like and talented players like Van Dijk, Matip Trent, Robertson, Gomez, Konate and Tsimikas in the team. With these talented players, it will be difficult for any Arsenal defenders to break into Liverpool's first eleven team. 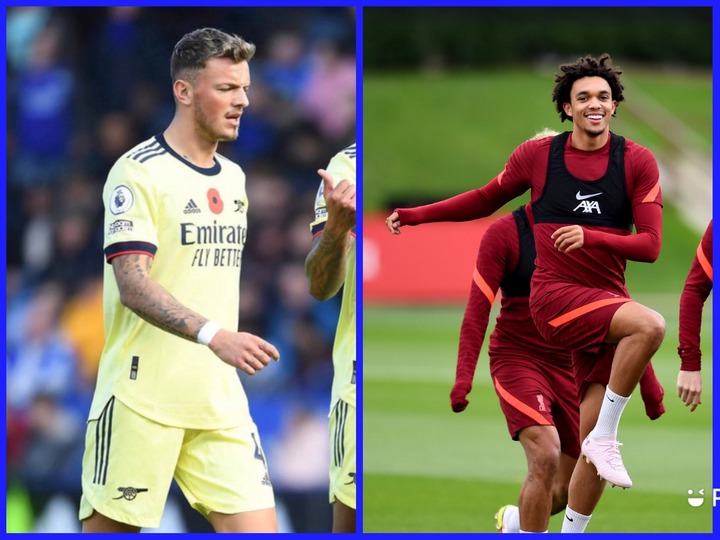 Liverpool have a good Midfielders than Arsenal currently. It will be difficult for any Arsenal player to break into Liverpool's midfield that have players like Alcantara, Fabinho, Oxlade Chamberlain, Keita, Henderson and Milner. These players are more experienced than likes of Partey, Smith Rowe, Xhaka, and other Arsenal midfielders. 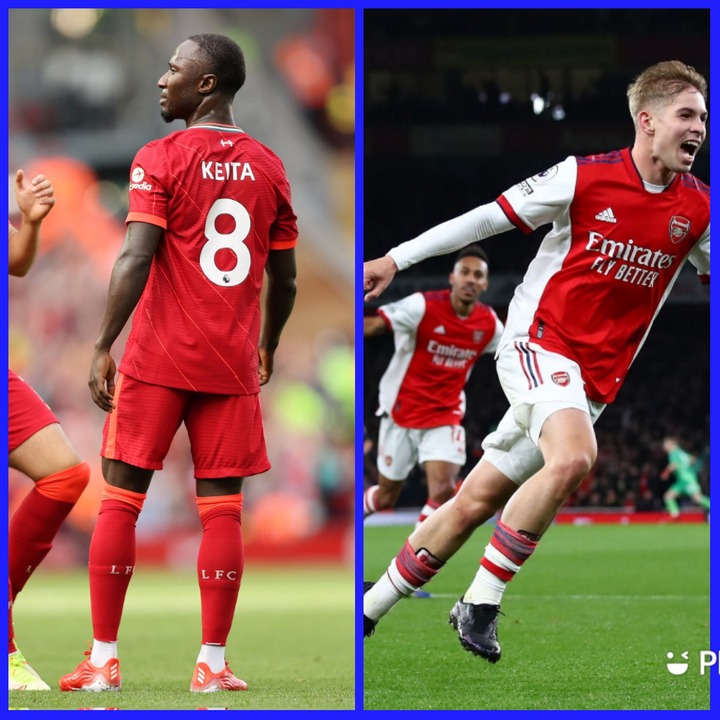 Man, Jota, Fermino and Mohamed Salah are currently one.of the best strikers in football. These players can break into any team in the English premier league. Arsenal have good strikers but none of them can break into Liverpool's first team that have Mane, Salah and Jota. 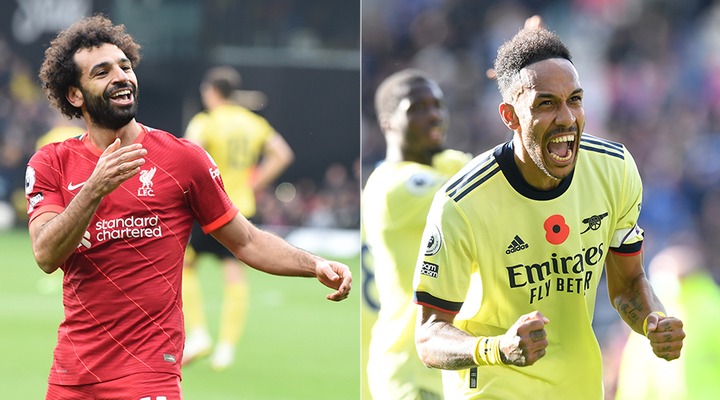 Do you think any Arsenal player can break into Liverpool's first team this season?