Dembele extends his stay in Barcelona till 2024.

By Samset (self media writer) | 1 month ago 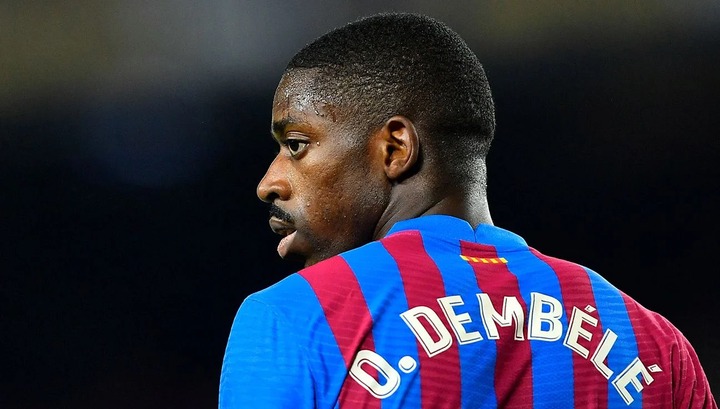 Ousmane Dembele, a French international winger whose contract with Barcelona expired last month, put an end to six months of speculation about his future on Thursday by deciding to'rejoin' the Catalan team until 2024.

A statement on the club website read, "FC Barcelona and the player Ousmane Dembele have reached an agreement for a contract until 30 June 2024."

With the news, a six-month soap opera concerning the 25-year-football old's future comes to an end.

The Catalans were eager to hold onto a player who appeared revitalized after Xavi Hernandez was named manager at Camp Nou, but negotiations appeared to come to an end.

Dembele was given Xavi's ultimatum to "extend" his contract or "leave" the team in January, but the Frenchman vowed not to "crack under blackmail."

The conversations were referred to as a "dialogue between the deaf" by Sports daily Marca last month.

A move to bring the former Rennes player back to France was heavily connected to Paris Saint-Germain.

According to the press, Dembele, who transferred from Borussia Dortmund to Barcelona in 2017, agreed to cut his pay expectations in order to fit in with a team that is still having financial issues.

The selling of 10% of Barca's audiovisual rights to the American corporation Sixth Street for $207.5 million allowed them to get closer to his wage demands. Additionally, the club is about to sell another 15% for 330 million euros.

With the arrival of Franck Kessie, Andreas Christensen, and Raphinha, the Dembele affair has been resolved, making the Catalans' fourth successful catch of the season.

Content created and supplied by: Samset (via Opera News )