By MintedHub (self meida writer) | 18 days

Nigerians have taken to Twitter to slam former presidential aide to Goodluck Jonathan, Reno Omokiri, over another attempt at misinforming users on the social media platform about the abduction of some Redeemed Christian Church of God (RCCG) members in Kaduna. 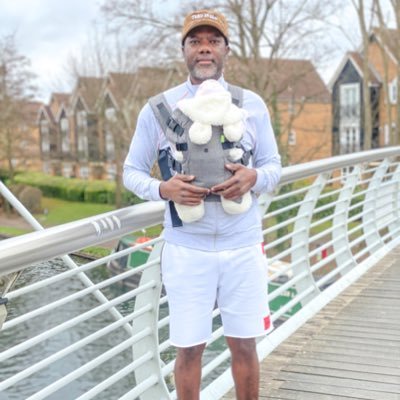 In a deliberate attempt to malign the Vice President of Nigeria, Prof Yemi Osinbajo and his ties to the Pentecostal church, RCCG, he wrote, “Dear @ProfOsinbajo, Proverbs 27:5 condemns secret love. You did not show secret love to Tinubu. You embraced him publicly. Why are you not embracing abducted members of @RCCG that ordained you as a pastor? Do you value Tinubu more than Christ and His church? #FreeRCCGMembers.”

His claim comes a day after President Muhammadu Buhari and Vice President Yemi Osinbajo met with Service Chiefs and ordered them to secure the release of the victims of kidnapping across the country. The President also ordered them to crush all bandits and kidnappers as well.

In response to Omokri, some Nigerians called him out for once again trying to spread fakes news and lies. Others said it was another emotional blackmail from Omokri who is also known as Wendell Simlin, an identity he stole from his nephew to perpetrate a heinous crime.

A Twitter user, @Moh1Prince reminded Mr Omokri of the Southern Kaduna incident where the VP engaged concerned parties without involving the social media.

He wrote; “While we all pray for them to be freed sooner, the VP not saying anything through the social media doesn't mean he's not doing anything, during Kaduna crisis, he was engaging with traditional rulers, community leaders & the governor of Kaduna state while the security personnel were doing their work. Your paymaster also wish Tinubu HBD”, he stated.

Another Twitter user, @ahmedthedream pointed to Reno, the communication structure of government. “Being a former Presidential aide, you understand how structure works in government, you know that the President and VP have to be briefed and that the former issues statements before VP can. And VP not embracing media attention like you do does not mean steps aren’t being taken.

We saw what he did during #ENDSARS meeting with IG of Police first without media coverage and 24 hours later they were banned. Also with the Southern Kaduna Crisis. But go on and earn your living by deliberately stirring controversy,” he explained.

In a similar tweet, @GrandmaAdunni stated that VP Osinbajo doesn't put all he does in the face of social media while praying for the safe rescue of the abductors. “He doesn't have to make a public spectacle for us to know he is doing something about it.

I'm pretty sure Osinbajo is acting on it already and we pray for their quick and safe freedom,” she said.

In another tweet, @PositivePero noted that president Buhari had met with the Service Chiefs on Tuesday, the 30th of March, 2021 and has in strong terms, instructed them to get to the bottom of the matter also pointed out the functions of the vice President;

“Osinbajo is not the CinC nor Kaduna governor. He was the special guest speaker at Tinubu's birthday. Buhari told the CSO to Engage, crush bandits, kidnappers and Osinbajo won't call you to tell you on steps he is talking”.

In response to the comments exposing his antics, Omokri blocked all those who disagreed with him on the subject matter on Twitter and he also deleted all comments that disagreed on Instagram. Social media users have often accused him of giving what he cannot take.

Content created and supplied by: MintedHub (via Opera News )