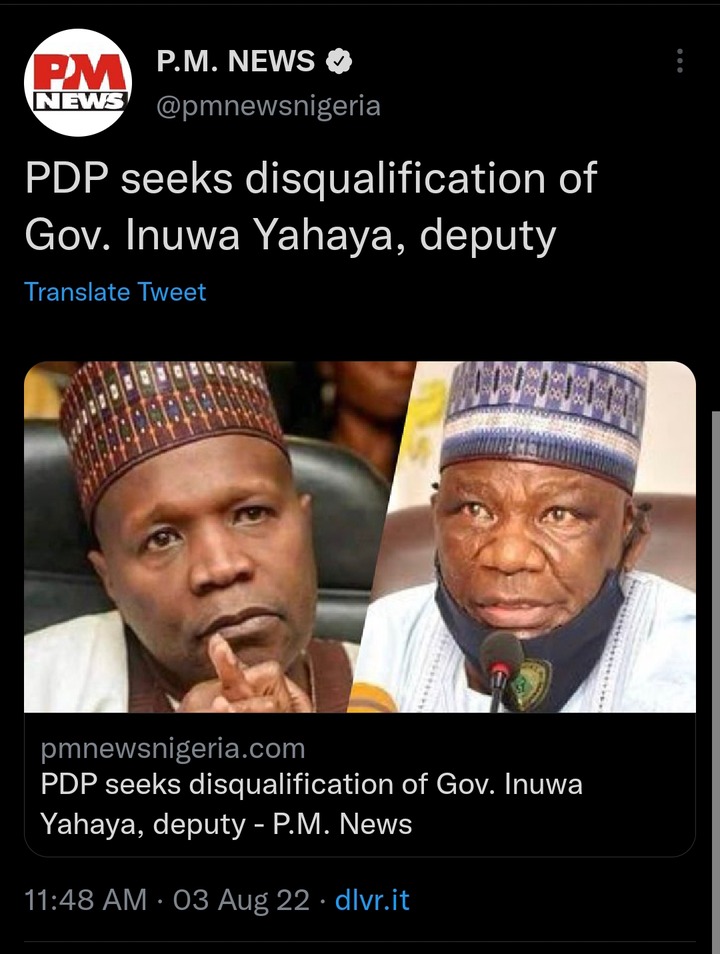 The Peoples Democratic Party (PDP) in Gombe has asked a Federal High Court in Abuja to disqualify Governor Inuwa Yahaya and his Deputy, Jatau Daniel, from contesting the 2023 Governorship Election.

The party accused the two politicians of submitting forged certificates. 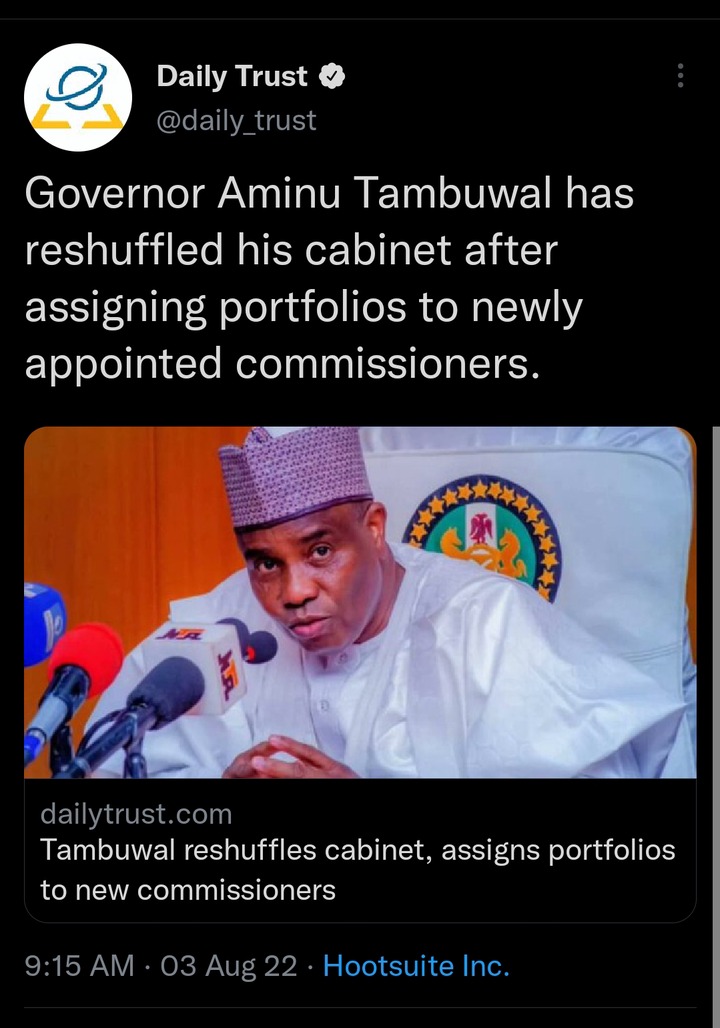 The new commissioners include Dahiru Yusuf Yabo (Water Resources), Akibu Dalhatu (Information and Orientation) and the overseer of the Ministry of Youths and Sports Development. 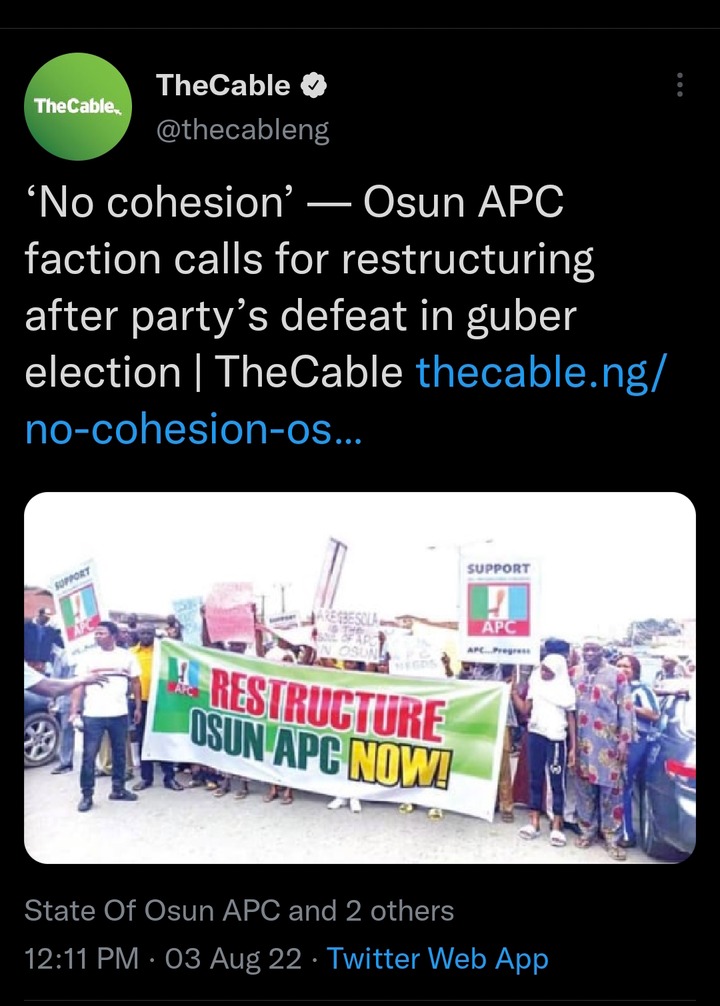 Members of the Osun Progressives (TOP), a faction of the state All Progressives Congress (APC), on Tuesday, held a protest in Osogbo, calling for the restructuring of the party.

Members of TOP are supporters of Rauf Aregbesola, minister of interior.

The party members called for the restructuring of the APC in the state following the party’s defeat in the July 16 governorship election and the sacking of Gboyega Famodun, Osun APC chairman. 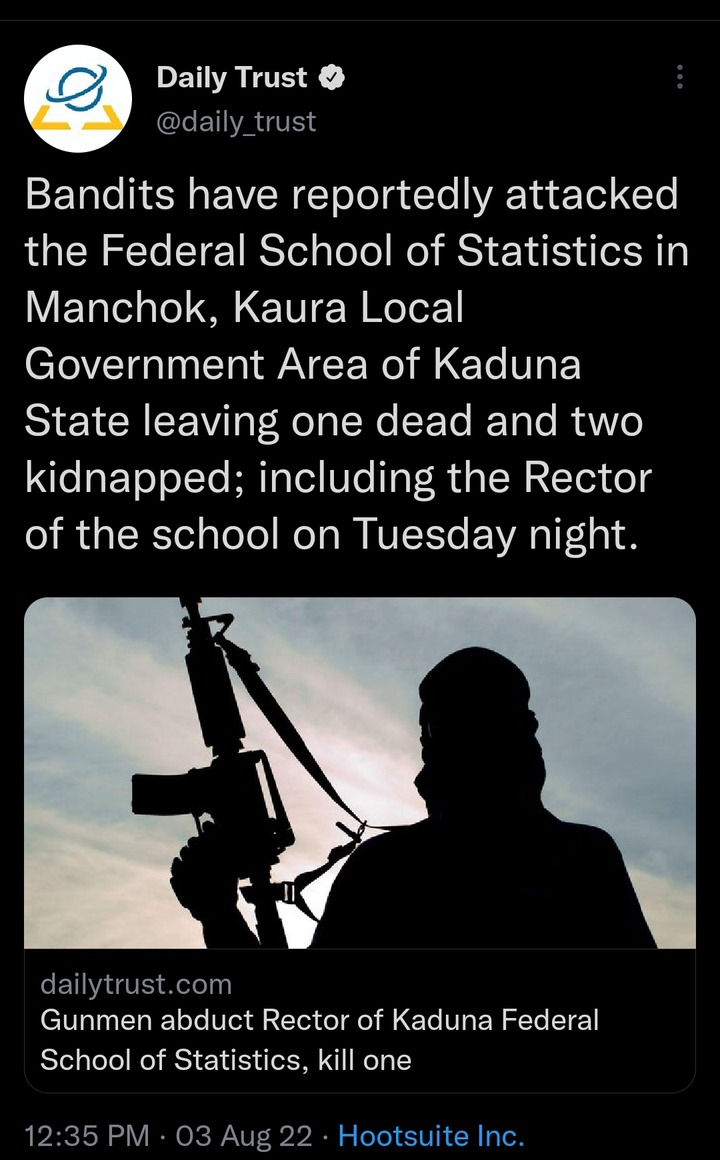 Bandits have reportedly attacked the Federal School of Statistics in Manchok, Kaura Local Government Area of Kaduna State leaving one dead and two kidnapped; including the Rector of the school on Tuesday night.

Daily Trust gathered that the attack took place at 9:00 pm on Tuesday when the attackers stormed the village and started shooting sporadically before the abduction. 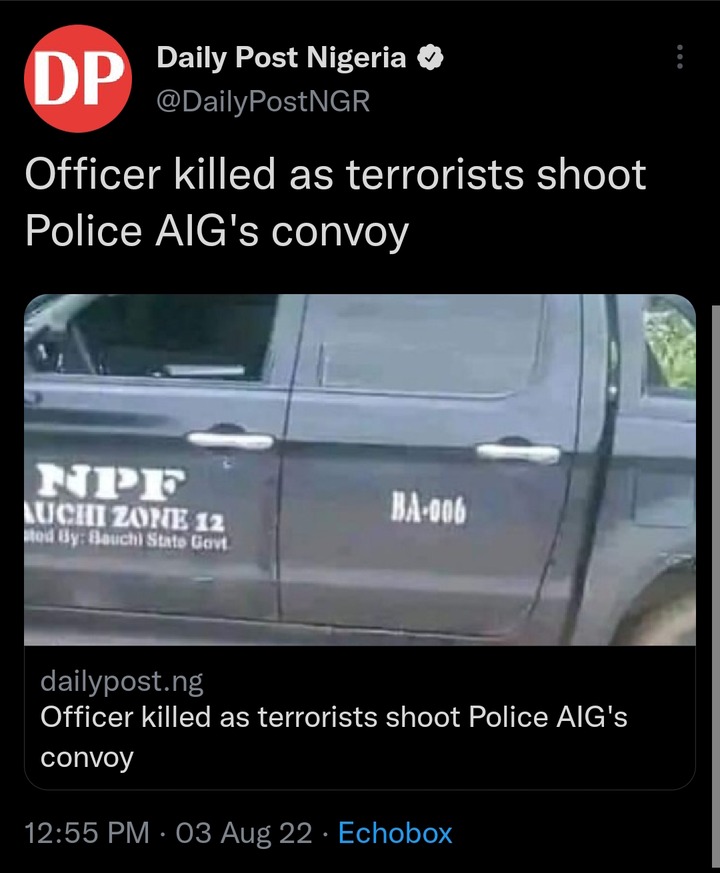 Terrorists ambushed a senior police officer on Tuesday in Bauchi State. They opened fire on the convoy Audu Adamu Madaki, an Assistant Inspector General of Police.

Madaki, the AIG in charge of Zone 12, escaped unhurt. But his orderly was not lucky as the officer died on the spot.