By Berrylee (self media writer) | 1 month ago 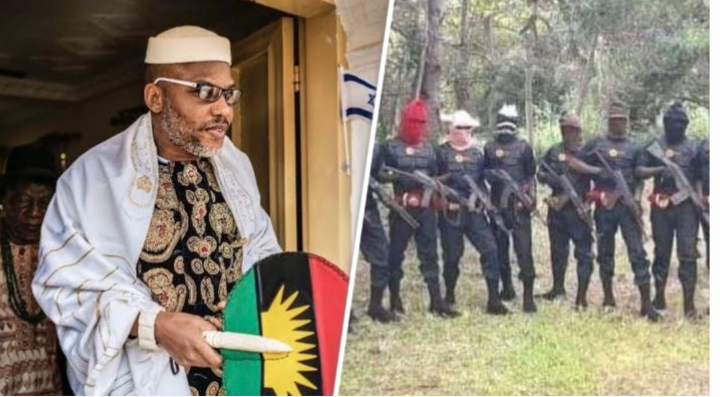 On Monday, an enraged mob killed an Eastern Security Network (ESN) leader while attempting to execute a sit-at-home order with his gang members.

According to the Nigerian News Agency (NAN), the ESN member was lynched, and his gang mates fled before the police patrol squad arrived. 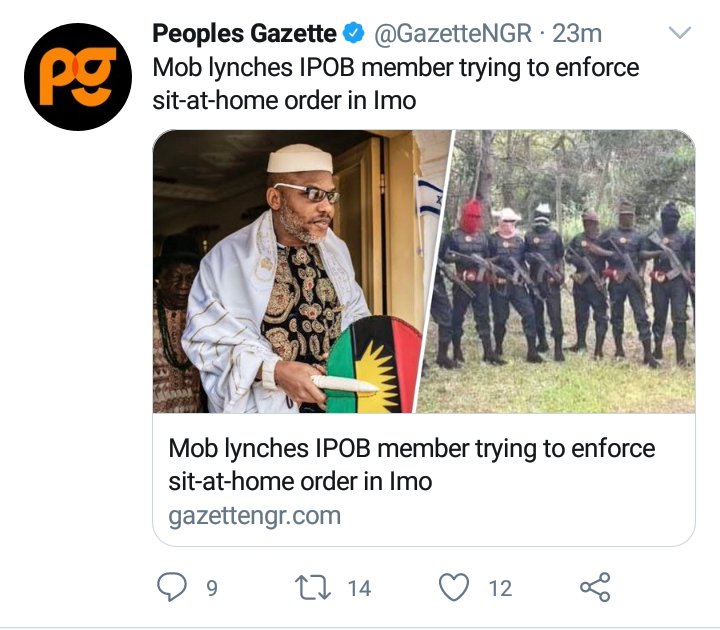 He went on to say that the police commissioner has ordered that those responsible for the lynching be handed over to the authorities for a thorough inquiry.

Mr Abattam said in a press statement that inhabitants of Umuagbavo Oru Ahiara, in the Ahiazu Mbaise local government area of Imo, came out of their homes and went about their normal business.

“All of a sudden, Obinwanne Iwu, 34, a resident of Ahiara in the same local government area and an escapee from the Imo Correctional Centre in Owerri, went to the market with his gang, attempting to implement a sit-at-home order issued by the banned IPOB/ESN terror organisation.

“They were yelling at the top of their lungs, ‘Today is Monday, and everyone must obey the sit-at-home order,'” he claimed.

He went on to say that the harassment was not well received by those who opposed the gang.

He claimed that the enraged mob surrounded Iwu and tied his hands behind his back as others fled the scene.

Before the police patrol squad arrived on the scene, the suspect was ruthlessly beaten to death.

“Efforts by the police patrol team to apprehend the criminals were futile since they all fled the site when they saw the patrol team,” Mr Abattam said.