Leeds United are back in the Premier League

Leeds United are back in the Premier League

Marcelo Bielsa's men are back in England's top league 16 years after they were relegated. The Whites were promoted after Huddersfield beat West Brom on Friday. 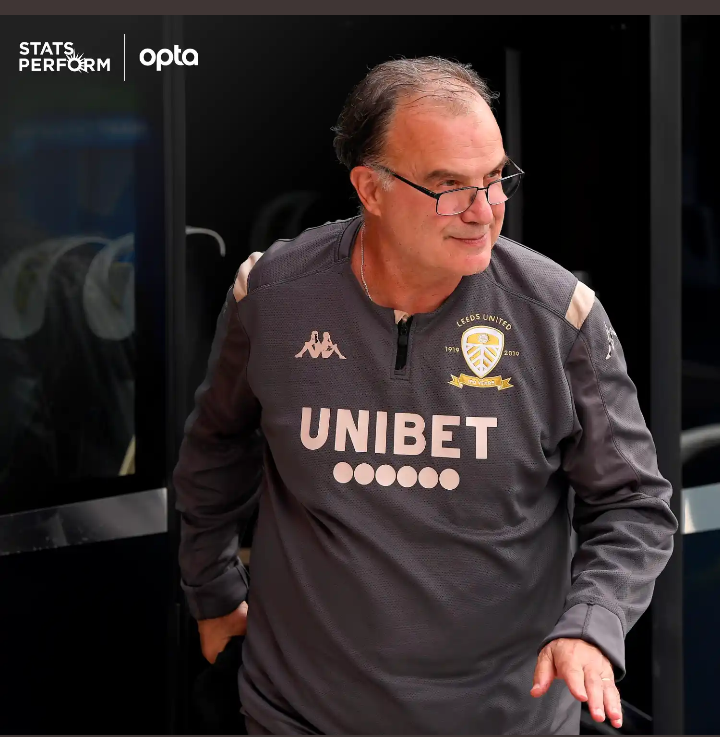 Marcelo Bielsa is the first Leeds manager to earn promotion from the second-tier since Howard Wilkinson did so at the end of the 1989-90 campaign.

Since their last premier league game in 2004, they have played 734 EFL games scoring 1,003 goals and have used 268 players in EFL and also had 15 permanent managers.

One said: "Leeds had some barely-believable lows after they "lived the dream" and crashed into relegation 16 years ago; the nightmares are finally over and now they are back"

Another said: "Leeds United back in the Premier League. Fantastic for one of the old giants of the English game. Fans can now celebrate after lean years & tough times recently with the loss of club greats Norman Hunter, Trevor Cherry and Jack Charlton. Brilliant job Marcelo Bielsa & players."

A third said: "Leeds are back in the Premier League. Great news. Not "because they're a big club" but because they've have finally got their act together -- reward for the fans who stuck with them throughout. The fact that they're a really likeable team under Bielsa is a huge, huge bonus." 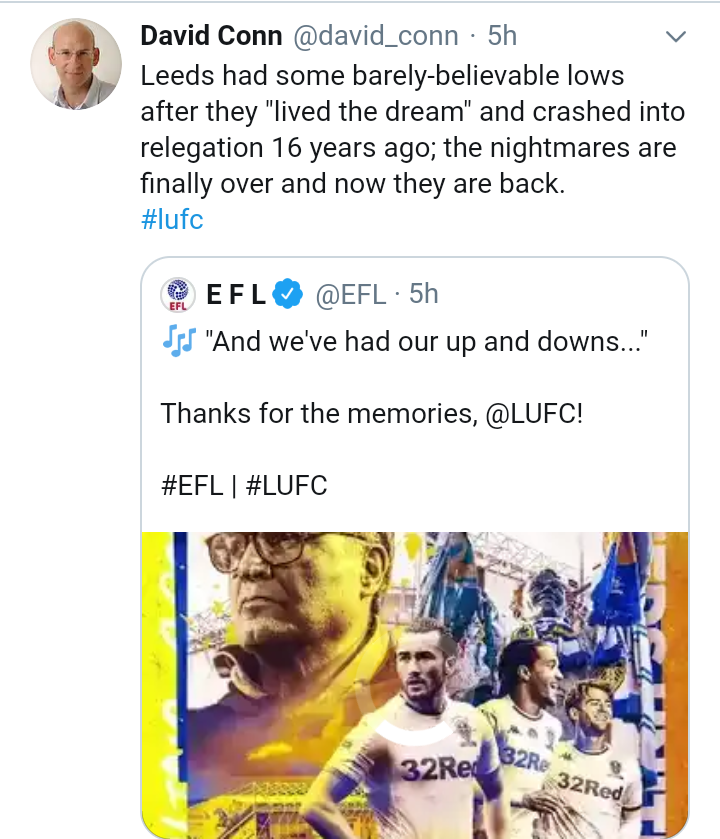 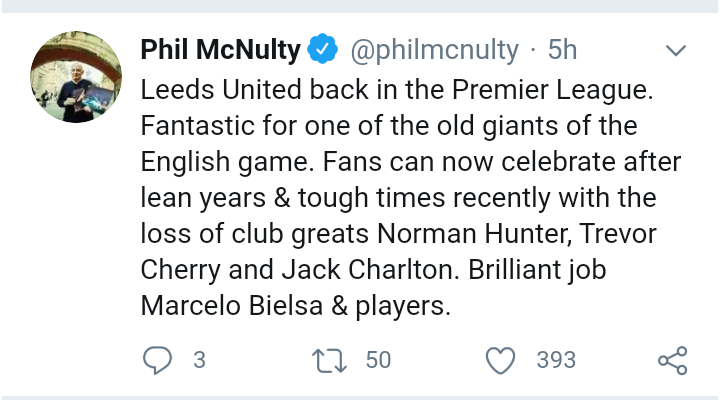 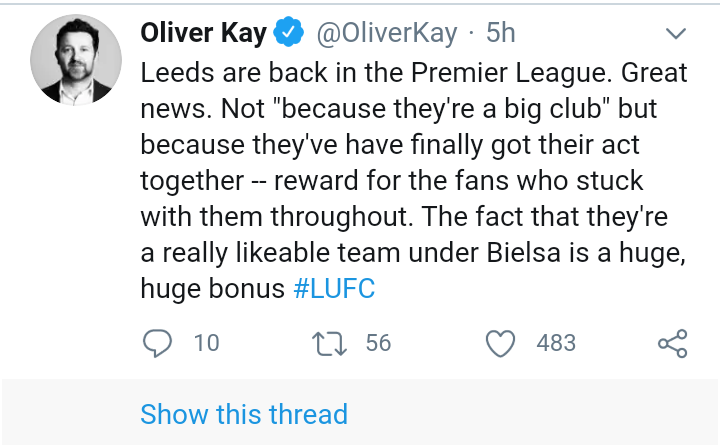 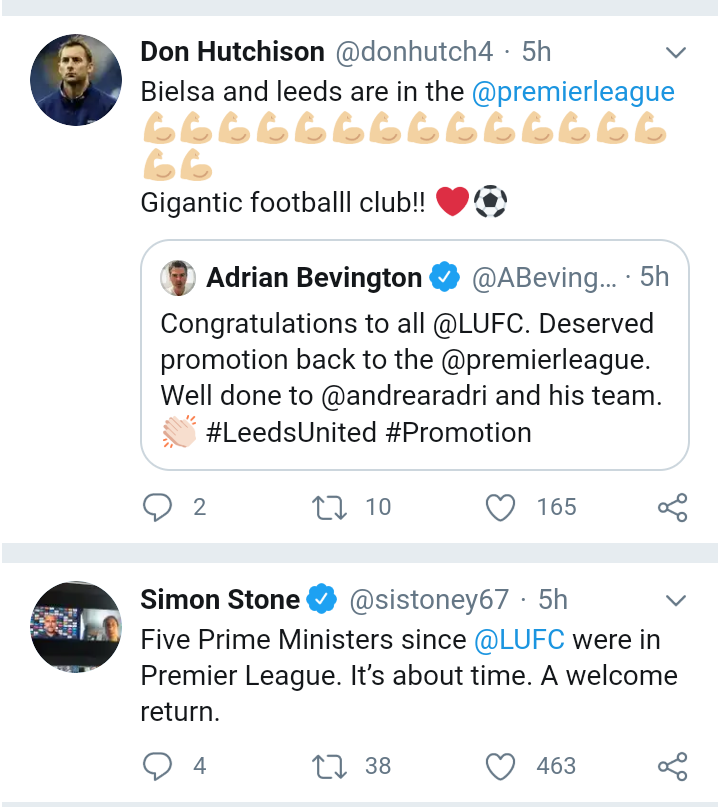 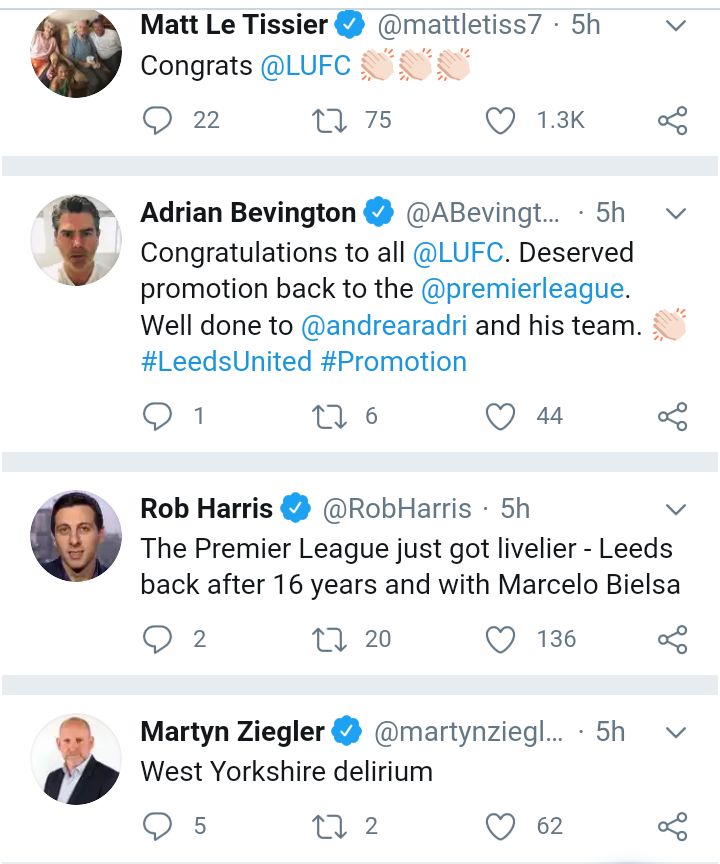