Now That PDP Has Zoned Its Chairmanship To The North, South East Should Get Its Presidential Ticket

By Rukkyupdates (self media writer) | 16 days ago

Since the Peoples Democratic Party (PDP) has finally zoned its party Chairmanship position to the North, there is an indication that the South will clinch the post of President in the upcoming General elections in 2023. The PDP has been an old party that has ruled over Nigeria for Sixteenth years, so it is no doubt that the recent zoning was done something to knock off the All Progressives Congress (APC) party and other political parties in Nigeria. 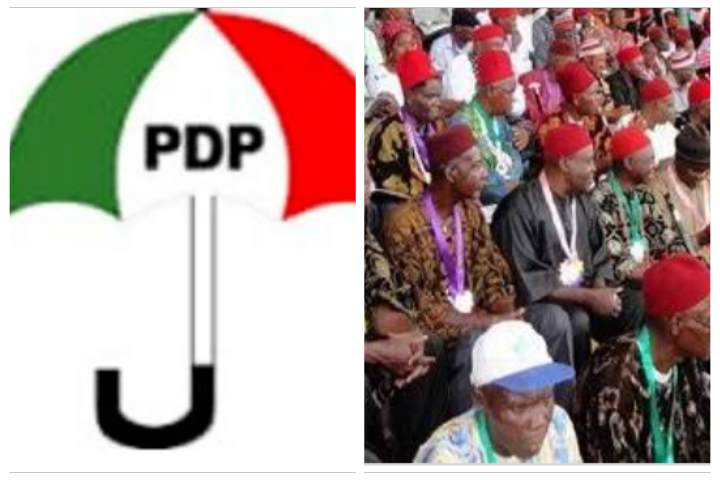 But to be factual, this new zoning is a permutation that will give opportunities to PDP Stewards in the South-West, South-East, and South-South. To look further into the skimming of the party and statistics that will warranty success in 2023, the PDP should zone its presidential ticket to the South East for equity and fairness. It is no doubt that the South-South has been represented by former president Goodluck Johnathan for 6 years between 2009 and 2015, and the South West has also been represented by former President Olusegun Obasanjo for 8 years between 1999 and 2006.

Therefore, the only zone out of the three geopolitical zones in Southern Nigeria is the South East, a zone that has not even get close to the position of Vice President since the return of democracy in 1999. Another reason the zone should be given the opportunity in the party is that the zone has always been in support of PDP, the largest part of votes from the party has always been for the PDP in all general elections since 1999

Furthermore, it is normal for the party to swap their current national party offices with North-West, North-East, and North-Central in that order. Although they are yet to announce its decision on other posts like the presidency, vice presidency, or other executive and legislative positions such as Speaker and Senate President, there is the possibility that the South and particularly the southeast geopolitical zone of Nigeria will grab the post of the President in the party.