By AbuSidiqUsman (self media writer) | 2 years ago

The lawmaker who was the Minority Leader in the Eighth Senate, was last week declared winner of the 2019 Senatorial election by the Kaduna Division of the Court of Appeal.

The Court which nullified the election of Spokesman of the Senate, Dayo Adeyeye, upheld the tribunal judgment which declared Olujimi and the candidate of the People’s Democratic Party as winner at the 2019 National Assembly elections to represent Ekiti South.

Below are photographs from the swearing-in. 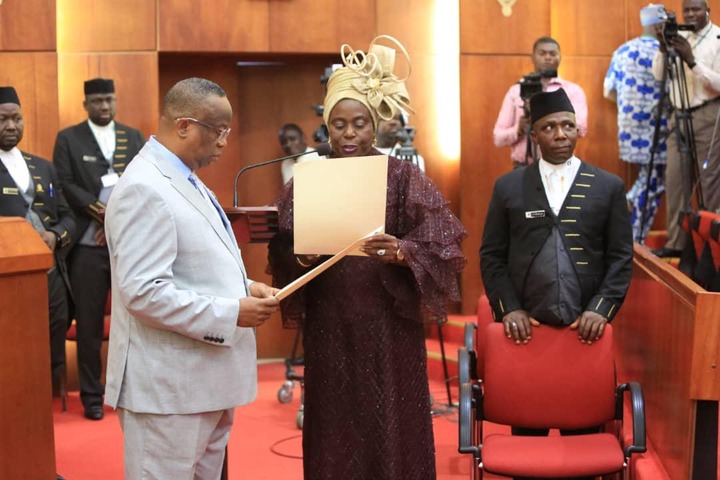 Senator Abiodun Olujimi taking the oath of office as Senator Representing Ekiti South Senatorial District at the Senate chamber of the National Assembly. President of the Senate, Ahmad Ibrahim Lawan signing the oath taking form of Senator Abiodun Olujimi after she took her oath of office at the Senate chamber today. 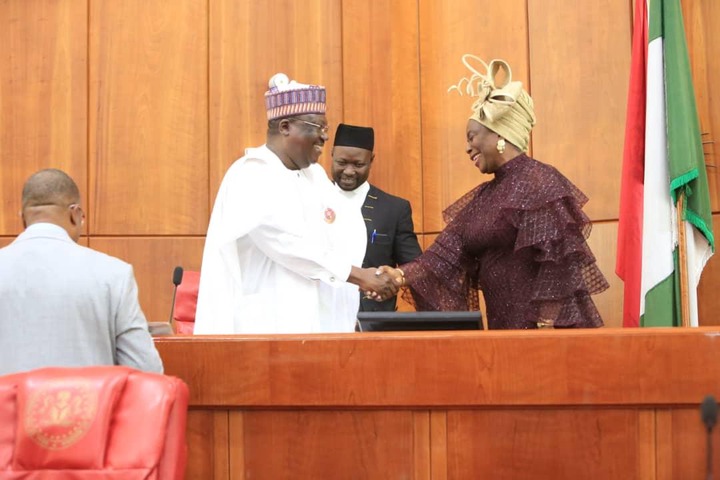 Content created and supplied by: AbuSidiqUsman (via Opera News )