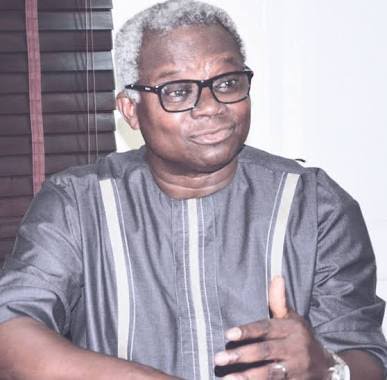 Osita Okechukwu, the Director-General of Voice of Nigeria (VON), has explained why he ceased advocating for the 2023 Igbo presidency.

According to DAILY POST, Osita, who was a major advocate for the South-East receiving the presidency in 2023 to ensure fairness and equity, is now a supporter of Bola Tinubu, the presidential candidate for the All Progressives Congress (APC).

The VON CEO explained why during an appearance on the Arise TV program on Tuesday. He claimed that the inability of any Southeastern candidate to win the APC primary election caused his opinion to change.

He emphasized that he had no choice but to support his party's nominee despite the fact that Asiwaju was not his chosen candidate but yet won the election.

He stated, "When we first launched the campaign, I was one of the persons who made the statement asking Asiwaju to support someone from the South-East as a kingmaker, but there was also a statement that the kingmaker also wanted to be the president. Asiwaju won the primary election, which was held in the open and was attended by everyone who was a foundation member of the APC and has been involved in politics for 44 years.

"Because Asiwaju won the election, I am left with no choice except to support him. Although he did not start off as my first choice, he ultimately prevailed.

Content created and supplied by: Abubakar360 (via Opera News )