By Ismaeeliii (self media writer) | 25 days ago 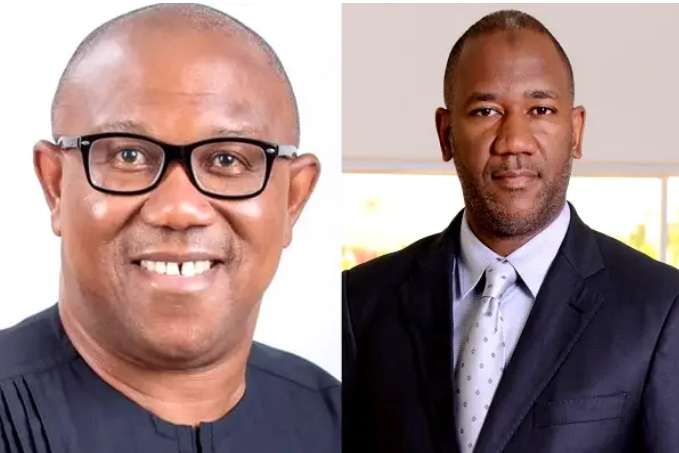 NOW, let me state something in the open. I didn't pay much attention to Mr. Peter Obi until a few days ago, when it became obvious that Senator Yusuf Datti Baba-Ahmed had been chosen as his ticket mate. Obi's fuzziness in responding to queries and his rather irritating propensity to stuff every phrase with of unreliable data haven't exactly won me over.

I was confident that Baba-Ahmed could make up for Obi's shortcomings after looking over his profile the other day. Baba-Ahmed is now the best candidate for vice president due to his strong academic background in economics, business expertise, and time spent in the National Assembly, as well as his reputation as the creator of one of the country's most successful private institutions.

A presidential nominee's first obligation is to choose a vice presidential candidate. The decision typically provides an early window into the decision-making process and sense of direction of the man at the top of the ticket. Obi's choice is a strong indicator that he understands the mood of the country and the aspirations of the people, particularly the youth who are fervently calling for real change.

Baba-Ahmed is still quite youthful at 46. He displays strong academic credentials, communicates clearly, appears sophisticated, and emanates globalism. Like Barack Obama did in 2008, he ought to be able to relate to and win the support of our young population. And when Obama was chosen as the 44th President, he was that age!

There is little doubt that Nigerians are pleading for a real change after becoming disenchanted, disappointed, and angered with the two individuals who the two major parties have put forward as presidential candidates. They have greatly irritated the populace due to their elderly ages and the fact that they gained most of their fortune from questionable government practices. Additionally, the growing security threats, the unstable power supply, the rising inflation, the generally gloomy atmosphere in the nation, and the apparent inefficiency of the Buhari administration have driven the populace into a level of despair that is unheard of.

Therefore, Peter Obi and Yusuf Baba-Ahmed offer a genuine alternative to individuals seeking an enlivening change from the tranquil and conservative old order. Supporters of Professor Yemi Osibanjo who were dissatisfied that the VP did not win the APC primaries have also boosted Obi's standing. They believe that the Obi ticket is the closest representation of what the thoughtful law professor offered. I remember how many people were moved by his motivational speeches in the months before the convention.

Some Nigerians are alarmed by the possibility of an unforeseen Buhari rule extension brought on by the rise of Atiku and Tinubu. I find it shocking that Nigerians have such bitterness toward the two major parties. Young Nigerians, many of whom were not even alive when Atiku first ran for president, enthusiastically embraced Peter Obi in large numbers. These protesters, who expressed their rage during the EndSARS demonstrations, represent a fundamental rejection of the status quo. I'm so happy that our youth are leading the charge to reclaim their nation. I can relate to their suffering, annoyance, and fear.

Public universities have been closed for the previous four months or more, leaving students hanging out in idleness. The other day I spotted a young man in my barbershop. He revealed to me that he studies geology at the University of Calabar and has taken up hair cutting to pass the time. Saddening. Thus, it is essential that these young people register to vote. Can Peter Obi prevail in this contest? Even with all the happiness and adrenaline behind him, it's a difficult effort. Our electoral system's oddities are a significant contributing factor. It is encouraging that INEC has significantly improved the system over time and implemented anti-rigging protections, but vote-buying has become a new technique for stealing elections.

Does Obi own the billions needed to use them in this way? My doubts Second, in none of the federation's states does the Labour Party have any elected or appointed officials. These individuals—loosely referred to as "structures" in our political jargon—who include commissioners, lawmakers, councilors, and other appointees, are the primary election-related influencers in our rural towns.

I'm sure Obi and Baba-Ahmed are well aware of this because they have both run for office and won before. The Obi Campaign would have to hire campaign staffers and enlist volunteers in each of the more than 8,000 wards and 177,000 polling places across the nation to make up for the lack of elected and appointed officials. According to Vanguard report.

Content created and supplied by: Ismaeeliii (via Opera News )