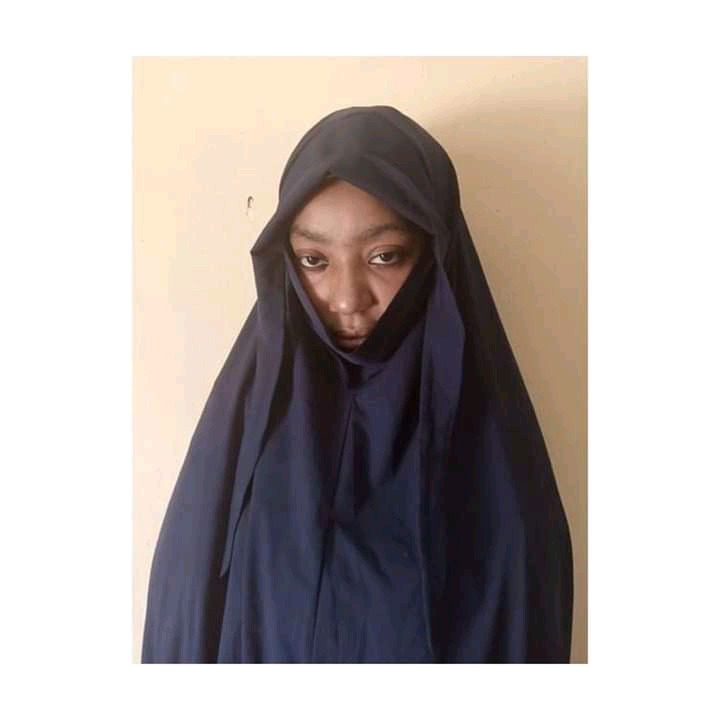 Mrs Fatima Hamza is a mother in Kano State who just took a housemaid about four months ago has murdered her house help.

It was reported that the housemaid is identified as Khadija Rabiu is 16 -year-old and she is from Kwara State. She has just spent barely four months in the house of Fatima Hamza.

The woman started to maltreat her. It's alleged that the woman inserted dry pepper and metal object in her private part. The woman allowed the small girl to writhe in pain. The girl was also beaten up to pulp. She sustained injuries from the beating. She suffered complications and died afterwards.

The woman wanted to cover up herself. She said that Rabiu died as a result of cat bites. She also said that the small girl has been sick for some days she died.

The woman has been arrested by police and police investigation revealed that the woman's hands are involved in the death of the girl. According to PPRO of Kano State Police Command DSP Abdullahi Haruna Kiyawa said that the police has done it's investigation and the woman will be charged to court soon. 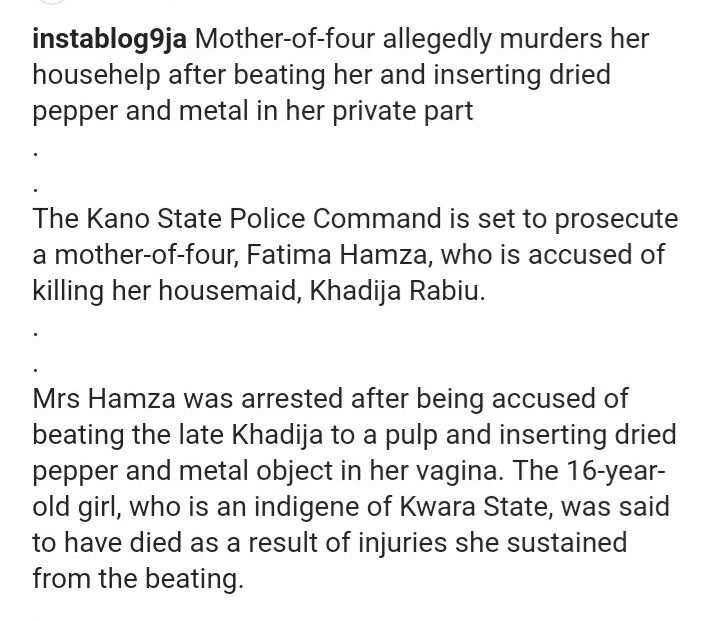 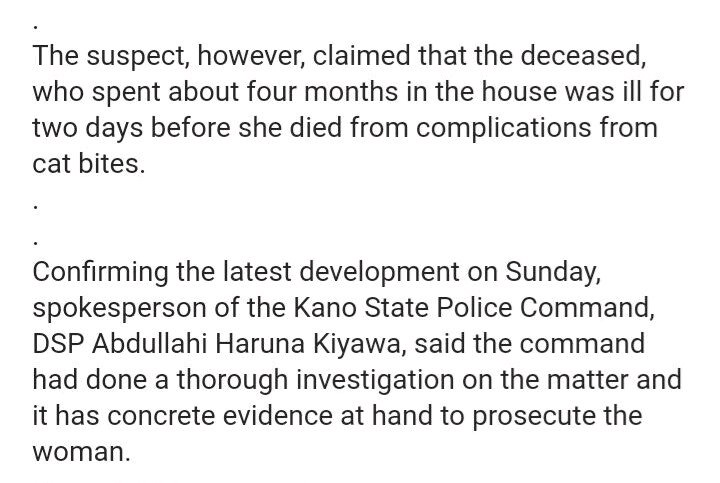 arewa 24 news child rights act nigeria iphone 6s features jamb cut off mark for engineering courses prospa ochimana
Opera News is a free to use platform and the views and opinions expressed herein are solely those of the author and do not represent, reflect or express the views of Opera News. Any/all written content and images displayed are provided by the blogger/author, appear herein as submitted by the blogger/author and are unedited by Opera News. Opera News does not consent to nor does it condone the posting of any content that violates the rights (including the copyrights) of any third party, nor content that may malign, inter alia, any religion, ethnic group, organization, gender, company, or individual. Opera News furthermore does not condone the use of our platform for the purposes encouraging/endorsing hate speech, violation of human rights and/or utterances of a defamatory nature. If the content contained herein violates any of your rights, including those of copyright, and/or violates any the above mentioned factors, you are requested to immediately notify us using via the following email address operanews-external(at)opera.com and/or report the article using the available reporting functionality built into our Platform